Eighteen rural physicians in Alberta say they no longer trust the provincial government and some of them will not work in hospitals after the COVID-19 pandemic despite recent fee changes.

The doctors from Westlock, north of Edmonton, also say Health Minister Tyler Shandro won’t admit what he doesn’t know and is too proud to accept help in a field where mistakes can be fatal.

“Due to the lack of trust in the health minister and the UCP government, we feel obliged to make a statement,” the physicians, spread over three clinics in Westlock, said in a joint letter posted on Facebook.

“Some of us will be handing in our letter of intent of resignation of hospital-based services.”

One of the Westlock physicians, Dr. Vicci Fourie, could not say how many of the 18 will be resigning hospital duties.

“That’s a personal (decision),” Dr. Fourie said in an interview Thursday. “We wanted to get the message out.

“The government is just doing nothing, so we just need to keep on fighting for rural patients. The doctors as a group felt strongly about it, and this is the letter that went out.”

They are the latest rural doctors from communities in Alberta to announce in recent weeks that recent billing changes imposed by Mr. Shandro made it impossible to work in a hospital while also raising enough money to keep their clinics viable.

Mr. Shandro addressed those key concerns last week when he announced some revisions to the changes. Rural doctors will once again be allowed to charge overhead while working in hospitals, and the province will not go ahead with planned subsidy cuts to medical liability insurance.

That announcement has so far delivered mixed results: 10 doctors in Lac La Biche say they will reverse course and keep working in hospitals; nine doctors in Pincher Creek say the trust is gone and they are still giving 90 days of notice to end hospital duties, including emergency work and delivering babies.

The Westlock doctors said Mr. Shandro was warned publicly months ago the changes would affect rural and family practices. But he went ahead with them anyway after the province passed a law allowing him to cancel a negotiated master agreement with the Alberta Medical Association.

“What the minister had done (in Friday’s announcement) was rebrand his previous cuts as gifts to pacify rural MLAs who were angry about the crisis he had caused in their communities,” wrote the doctors.

“We are worried that the minister is too blind to admit what he does not know and too proud to accept help.”

They said there can be no trust until the province brings back a negotiated agreement with the AMA.

“We are literally being asked to man the front lines of a pandemic while the ground shifts beneath us at the whims of this government,” they said. “If we are the only province without (a negotiated master) agreement, how do we expect to attract new doctors to come?”

The AMA is suing the province over cancellation of the master agreement, saying it breaches charter rights. 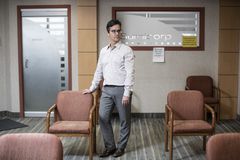