Known for highly prized commodities such as wheat, pulses and beef, Alberta, Saskatchewan and Manitoba aren’t the first places to come to mind when you think of apples.

Yet with the craft cider industry growing at an incredible rate across the country, entrepreneurs across the Prairies are finding ways to take homegrown ingredients, including the fruit, and blend them with other Canadian-grown apples to make a product all their own.

Marcus Wiebe owns and operates a vegetable farm just outside of Winkler, Man. In 2016, the farmer decided to branch out and try his hand at producing cider. He purchased an apple press and headed down to Oregon State University to complete a cider-making course before moving into a trial and error process.

“There were so many good-quality apples being left on the tree just going to waste around our farm,” Mr. Wiebe said. “Before taking the course in Oregon, my initial plan was simply to press and sell juice, but after talking with cider maker Peter Reimer of Wolf Willow Winery, he encouraged me to make my own.”

In late 2018, his company, Dead Horse Cider Co. released its first product. Looking on the Bright Cide(r) is a blend of Manitoba and other Canadian-grown apples (from either the Okanagan or Niagara) with a slightly sweet but crisp sip. Cherry On, a blend of dwarf sour cherries and apples, followed. Both have become quite popular in the Winnipeg area, landing on plenty of restaurant and bar menus.

Most recently, and perhaps most interestingly, Mr. Wiebe debuted a seasonal “rose” cider, which is made exclusively with Manitoba-grown Kerr apples. This particular apple – a hybrid variety bred from a Haralson apple and Dolgo crabapple – was developed in 1952 in Morden, just a few kilometres away from the cider maker’s farm.

“It’s a very unique apple and it’s definitely part of our story [as a cidery], since it was created a 10-minute drive from where I live, and I’ve found it to be a wonderful cider apple,” he says.

For now, he has a fairly humble production at only 20,000 litres annually, but Mr. Wiebe says he is looking to expand the operation over the next couple of years. Once he expands the apple orchard on the farm and builds a proper tasting room, he plans to provide complete tours similar to those of a winery.

“An apple comes into our facility and it leaves in a bottle of cider. It doesn’t get more craft than that," he says. “At the end of the day, I love the longer process of making cider … letting things ferment and age … there’s such an art to it.”

Further west, just outside Saskatoon’s city limits, you’ll find the popular Crossmount Cider Co. Having released its first batch of cider back in 2016, Crossmount holds the title of being the first craft cidery in the Prairies.

Widely available across the province, Crossmount produces 100,000 litres of cider a year. Its main Flatlander series run the gamut from more traditional dry and crisp to semi-sweet ciders to hop-infused, seasonal “winter spice.” Like Dead Horse, the cidery uses a blend of Canadian apples for their standard lineup.

Samantha Chamberlain came on board last year as Crossmount’s new head cider maker and is clearly excited to propel the province’s premier cidery forward with an array of new craft ciders created with only Saskatchewan-grown apples and berries.

“This year, our orchards are finally mature enough for us to get a small yield, which is really exciting,” Ms. Chamberlain says, adding that the cidery will use its heritage apples to launch a new series next spring. "People can expect these ciders to be a lot more complex with much higher tannins and lower sugar.”

Ms. Chamberlain also notes that Crossmount is about to release a few fruit cider blends using dwarf sour cherries and haskap berries. She has created these blends with the assistance of the University of Saskatchewan’s Fruit Program, which helps develop breeding programs for different types of fruits, such as haskap berries. The summer seasonal fruit ciders will be exclusively available in their taproom and select Saskatoon restaurants and bars.

“Breweries, fruit wineries, restaurants, our cidery … all of these places here in Saskatchewan really embrace that farm-to-table mentality with what they do. It’s nice when you can be in a place like Saskatoon, where you can share that kind of passion with other people in the industry,” she says.

Not to be left out, Alberta’s only craft cidery, Calgary’s Uncommon Cider Co. (established in 2018), announced this week that following a production license approval, its taproom will finally be opening this summer. As well, owner Brodie Thomas says he will be releasing a handful of new varieties including a Calgary-specific cider made from apples gathered from communities around the city this past fall.

Why you should make room on your grill for carrots this summer
Subscriber content
June 19, 2019 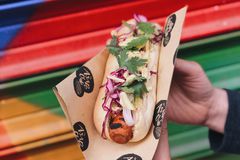 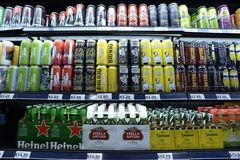