Environmental group Ecojustice is threatening to file a legal challenge against Alberta’s public inquiry into the foreign funding of environmental charities if changes aren’t made to the investigation’s mandate.

The group’s threat is the latest sign environmental and activist groups are mobilizing against the public inquiry, which is a centerpiece of Premier Jason Kenney’s plan to use the provincial government’s resources to fight critics of Alberta’s oil sands in court and in public. The Premier dismissed the group’s demands after they were published Wednesday and criticized it for accepting foreign funds.

Vancouver-based Ecojustice says the province’s public inquiry is unlawful and possibly unconstitutional because of the language used in the mandate given to the investigation’s head, commissioner Steve Allan. The group’s executive director says the language is biased and prejudges the inquiry’s outcome by labelling environmental groups critical of oil and gas development as “anti-Alberta."

“We were surprised that this public inquiry was a manifestation of a campaign promise by Kenney. It really is a reflection of his political intention to target, intimidate and stigmatize Canadians concerned about climate change and Alberta’s role and responsibility related to that,” Devon Page, the executive director of Ecojustice, told The Globe and Mail.

“This is an attempt to stigmatize and silence debate. Politicians do that all the time. What they can’t do is muster a judicial process to do that for them,” he added.

Amnesty International warned last week that the public inquiry, as well as Mr. Kenney’s promise to fund a war room to combat criticism of the oil sands in the media and online, could violate the human rights of Canadians.

Mr. Kenney said the public inquiry would continue without changes to probe the foreign funding of environmental charities and what he said was the “legal and ethical harassment” of Alberta’s oil and gas companies.

“I understand why these groups are hyperventilating,” Mr. Kenney told reporters during a call from New York City where he was promoting Alberta’s energy industry to U.S. investors. “Apparently, these folks think they should be able to use Alberta as a punching bag."

Mr. Kenney said the promise to call a public inquiry into foreign funding was one of the most popular commitments he made on the campaign trail before his United Conservatives took power earlier this year.

After the call, Mr. Kenney’s press secretary sent reporters a link to Ecojustice’s tax returns filed with the Canada Revenue Agency and called attention to the group’s disclosure of revenue from foreign sources. The environmental group received just over $1-million in foreign donations in the 2017-18 tax year, out of about $7.4-million in total revenue – less than 14 per cent.

“This isn’t the first time a premier has resorted to name calling us. That doesn’t get them anywhere in the courts,” Mr. Page said.

While the majority of Ecojustice’s funding comes from Canadians, the environmental law group does accept money from foreign donors, according to Mr. Page. He said the group has strict fundraising rules and won’t accept money from donors who seek to change its focus.

Mr. Kenney has argued that new pipelines have not been built to export Alberta energy because of a foreign-funded campaign to land-lock the province’s oil. 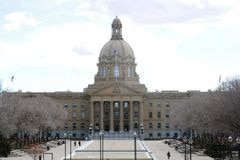 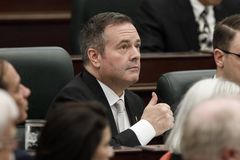