The spring ice breakup on rivers in northern Alberta is forcing some residents of Fort McMurray neighbourhoods from their homes, and people in the city’s downtown have been warned to be ready to react in case the evolving situation changes.

“Every year the ice breaks and we have some sort of event. Usually the ice flows on by. Once approximately every 20 years we have something different happen,” said Don Scott, mayor of the Regional Municipality of Wood Buffalo, in a phone interview Sunday.

“This happens to be that year.”

Scott said that for several days, officials were monitoring an ice jam about 10 kilometres upstream. Early Sunday morning, he said, it let loose.

Mandatory evacuation orders were issued for Draper, a rural community of 187 residents just outside of Fort McMurray, as well as for Longboat Landing, an area near the city’s downtown, and for the Tiaga Nova industrial park which also has a hotel.

Late Sunday afternoon, a voluntary evacuation order was made mandatory for the Waterways neighbourhood including the Ptarmigan Court Trailer Park, while the rest of the city’s downtown residents have been told to pay attention to information from the city and take action if necessary.

Christina MacKay of Wood Buffalo Housing, which manages assisted and independent living facilities for seniors in downtown Fort McMurray, said some families were coming by on Sunday to pick residents up.

“We have buses ready,” MacKay said. “Just in case.”

Phil Meagher, a municipal councillor who surveyed the situation by bicycle, said he could see a gravel truck that was almost completely submerged at an area of town called the Snye where the Snye River meets the Clearwater River.

“Everything else in the Snye is totally under water. Even our skateboard park looks like a brand-new swimming pool,” Meagher said, speaking by cellphone from the bank of the Clearwater.

Evacuees were being directed to a drive-thru reception centre that has been set up at the Oil Sands Discovery Centre in Fort McMurray.

Scott said social distancing requirements are being followed, and that evacuees are being housed in hotel rooms that the municipality pre-booked. Rumours that the city’s water treatment facility was threatened or that the water would be contaminated weren’t true, he said.

He noted the municipality, which is at the confluence of three rivers, prepares every year for the possibility of flooding when the ice breaks up. Over a month ago, when officials issued public health orders related to COVID-19, he said they knew they’d have to incorporate the pandemic into their flood planning.

Scott noted Fort McMurray’s population is ready for disasters, such as the wildfire in 2016 that forced the entire city to evacuate and destroyed 2,400 homes and buildings.

“Because of the oilsands, people are very used to being in a very safety-driven environment. And if there’s any place that can face challenges, it’s ours,” Scott said. 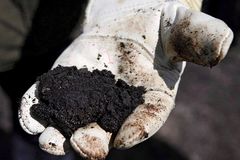 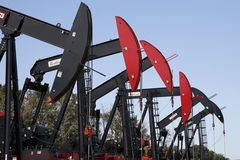 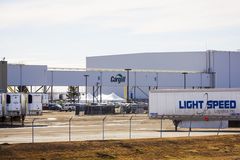