The price for a barrel of Canadian heavy oil dipped below US$8 on Wednesday. That’s less than takeout for one, or admission to a (now closed) indoor children’s play centre, or a cheap bottle of wine.

The jaw-dropping low price for Canadian crude, about a quarter of what it was in January, would have been hard to fathom even early this month. But prices are being driven down by the double whammy of a dramatic drop in global demand due to the coronavirus pandemic, and a massive increase in production as Saudi Arabia and Russia go head-to-head in a battle for market share. Producers from Fort McMurray to Midland, Tex., are facing an existential crisis.

No one is predicting that prices have bottomed out. Canada’s oil-focused provinces are facing a year of GDP decline, bankruptcies and thousands of job losses.

In Edmonton on Wednesday, Premier Jason Kenney said Albertans need to prepare for a period of economic adversity “unlike any we have seen since the 1930s.”

“We’re in tough, probably for the balance of 2020. And we’ll get through it. But it’s not going to be in a couple of weeks.”

He noted a Citigroup Inc. price forecast this week that said Brent oil could collapse to US$5 under a worst-case scenario. Since light and sweet Brent crude – the global oil-price benchmark – is significantly more valuable than Canadian heavy oil, it’s hard to imagine where Alberta prices would land if such a scenario came to pass. Canadian natural gas producers have seen short periods of negative pricing in recent years, which means they had to pay someone to take product off their hands. The same is possible for oil.

No matter what scenario plays out, Canada’s oil industry – which produces more than 5 per cent of the world’s crude – will take a massive hit. Mr. Kenney said it’s especially hard that his province “is now being hit by an unprecedented decline in energy prices, after five years of economic fragility."

In the coronavirus pandemic, the health crisis is front-and-centre. Slowing transmission of the virus so that hospitals can cope with the critically ill should be everyone’s focus. Getting money to Canadians so they can pay for rent, mortgages, groceries, and stay home if they feel sick, is a key test of the country’s political leadership.

But economic concerns are weighing heavily on Canadians. As bad as this month has been, it’s going to get worse. In Alberta, oil-producing companies have slashed their budgets and layoffs are soon to begin.

Mr. Kenney also made clear he will be working with the federal Liberals in what will be an endurance run of government intervention to stave off a massive shedding of jobs and closing of companies as the effects of a coronavirus shutdown shock Canada’s economy.

The federal government has announced country-wide economic measures, including $27-billion in emergency aid for workers and businesses and $55-billion in tax deferrals. As massive as those numbers are, those programs alone aren’t likely to be enough to stave off the worst effects of a coming global recession.

There are signs of the additional measures to come. Federal Finance Minister Bill Morneau has already said an announcement on spending public dollars to employ energy-sector workers to clean up orphan oil and gas wells – those with no solvent owner – is coming. Mr. Morneau has also said specific measures for both the airline and energy industries are in the works.

In speaking to reporters on Wednesday, Prime Minister Justin Trudeau said some sectors of Canada’s economy “are more vulnerable to COVID-19 than others.” He said there’s likely to be news in the coming days about ways to help those sectors, and he specifically mentioned the Canada Account – a tool that allows Export Development Canada to administer financial transactions on Ottawa’s behalf. In the past, it has been used for federal financing projects as varied as support to Bombardier, the purchase of the Trans Mountain pipeline and the expansion project.

In Alberta on Wednesday, the government announced measures including $50-million in emergency isolation support, and allowances deferring the collection of corporate income taxes and utility bills. Details on substantial economic stimulus aimed at the energy industry will be announced this week, Mr. Kenney said.

The varying announcements on income support, deferred taxes and business loans are just the beginning of a massive government outlay to keep Canadians and major sectors, such as the oil industry, from financial ruin.

Mr. Kenney also warned Albertans on Wednesday that social-distancing measures are likely be in place until at least the end of May. The only bright words he was able to muster during a speech and news conference was that pent-up consumer demand for oil could increase in the second half of this year, once global restrictions due to the coronavirus start to lift.

There will be many more provincial and federal programs, and many more agonizing spending and policy decisions for leaders. COVID-19 will be keeping activity down, businesses on edge and people apart for months, not weeks.

Opinion
The politics of pandemics is grim news for Conservatives
March 19, 2020 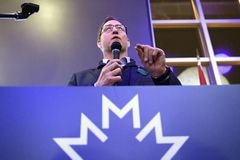 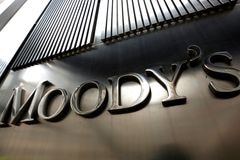 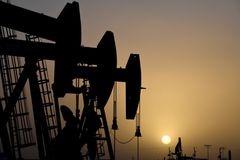 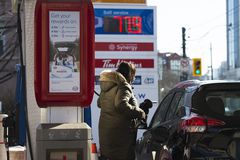 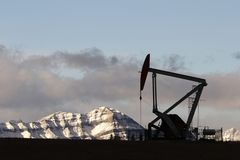