Alberta’s war room, formally known as the Canadian Energy Centre, announced its existence this week with a 2½-minute video that feels like a truck commercial and includes the ham-handed postulation off the top that Canadian oil and gas makes the world better because “it just does.”

At that point, you could be forgiven for closing your browser screen. The centre has a mandate to promote Canada as the “supplier of choice for the world’s growing demand for responsibly produced energy.” But the video is new fodder for environmentalists and other opponents of Jason Kenney’s government, many of whom have a visceral negative reaction to anything it does.

And really, the problem with the centre isn’t the look and feel of one video. It’s the centre itself – an entity that looks and feels entirely too secretive, too partisan and too political.

First off, the launch of the website this week made clear that war-room employees are acting like reporters and writing news stories. One of the first stories was headlined, “Father irked by charity group that targets fossil fuel industry.” It focused on a dad in Airdrie, Alta., who was concerned about an environmental non-profit invited to deliver what he believed was a misleading presentation to students at his son’s high school.

As part of the reporting on this, an unnamed staff writer on the story contacted the school board to ask why they allowed the presentation. Imagine the chilling effect a call from a Canadian Energy Centre – a government-created corporation – likely had on a school board.

Another story posted Friday focused on Alberta’s corporate tax cuts. It read like a government news release and doesn’t have direct connection with energy.

It is also unclear how aggressively a “rapid-response unit” – created to issue swift responses to misinformation about Canadian oil and natural gas – will go about its job. Tom Olsen, the chief executive of the centre, said he’s willing to use “every means at our disposal,” including social media, traditional media and marketing, to counter misinformation. It could include calling people up if they are promoting information that the centre believes is egregiously wrong.

There is also a question of partisanship. The centre, which is operating out of a downtown Calgary office, will be funded with $30-million annually for at least four years. (Two-thirds of the funding will come from the province’s carbon tax on heavy emitters). The war room is a private corporation, not a Crown corporation.

Alberta NDP Leader Rachel Notley – whose party also spent government money promoting the energy industry while it was in government – said any public-relations push should be about creating a better public discussion. But the energy centre will be operating in secret, with no way of evaluating or scrutinizing what it’s doing and how it’s performing. She suggested the resources of the centre, including its polling and data collection, could be used for partisan provincial and federal Conservative purposes without anyone knowing.

“It’s a great, big secret sandbox in which Jason Kenney gets to play with $30-million a year of Albertans’ money,” Ms. Notley said.

The former premier added there’s nothing wrong with a defence of Alberta’s oil and gas industry. But it must also include genuine efforts to address concerns about its environmental effects.

Although it might be lost on some critics of the province, the centre could actually prompt some useful questions. Issues include the provenance of the gasoline, natural gas or electricity Canadians use every day, and whether the country’s energy industry should export to global markets, or leave that to producers from the United States, Asia, Africa and the Middle East.

Many Albertans feel like the discussion in Canada about oil and the environment is often lopsided. Alberta’s high and rising greenhouse-gas emissions are highlighted without the context that the province’s heavy industry provides the fuel, and is a major economic driver, for a huge amount of secondary and tertiary activity in Canada. Extraction and production of oil is scrutinized while the consumption side of the ledger – flights taken, fruits and vegetables imported, online stuff delivered and returned – only very recently has received any serious attention.

But good questions about oil and gas use and the environmental consequences could fall by the wayside if the Canadian Energy Centre is so intent on fighting that it simply makes the debate more blame-focused, less democratic and even more polarized. 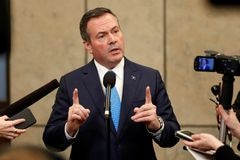 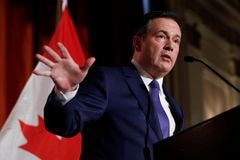