Duane Bratt is a political science professor and chair, Department of Economics, Justice and Policy Studies at Mount Royal University in Calgary.

That’s how Albertans will protest the introduction of the federal carbon-tax backstop that kicks in on Jan. 1. The federal backstop, designed for provinces that do not have a price on carbon, replaces the previous Alberta carbon tax, which was introduced by former premier Rachel Notley’s government on Jan. 1, 2017, and was repealed by Jason Kenney government on June 5, 2019. It’s meant to change behaviour, so that individuals who drive a Toyota Corolla will pay a lot less than those in a Ford F-150 truck, and those who take public transit or ride a bike will pay even less.

Repealing Alberta’s carbon tax was a major campaign promise by the United Conservative Party; it greatly contributed to the UCP winning a majority government in April, it was the first bill put forward in the ensuing spring legislative session, and the UCP government continues to fight the federal carbon tax in court. The moment that the bill was proclaimed into law, the province stopped collecting the carbon tax.

The fierce opposition comes with the belief that people are being penalized for driving to work and heating their homes. And it is true that the federal backstop will add another 4.4 cents a litre to your tank of gas (the previous provincial tax was 6.73 cents a litre). It should be noted that while natural gas also rises $1.05 per gigajoule, you probably won’t see pictures of homes being heated; instead, you will have to wait a month before people start posting their home heating bills on social media.

Tax protests are easy. Nobody likes paying taxes – especially a tax that many Albertans believe is designed to help kill the economic engine of the province, its oil and gas sector.

However, this outrage over the personal costs from the federal carbon-tax backstop is flawed for several reasons. First, more than 90 per cent of individuals will be receiving a carbon-tax rebate from the federal government. A single adult will receive a $444 annual rebate, and a family of four will receive $888. In fact, a majority of individuals will see a rebate cheque higher than the amount of carbon tax they will pay in a year.

Second, it ignores the fact that for decades Canadians have, broadly speaking, already been paying a whole host of gasoline taxes: A flat federal excise tax of 10 cents a litre; a provincial per-litre gas tax of 13 cents and a carbon tax of 4.4 cents in Alberta; a provincial sales tax or harmonized sales tax outside Alberta; and municipal gas taxes in Montreal, Vancouver and Victoria.

This discussion about rebates, gas taxes and volatile prices misses the point. People who are angry about the federal carbon tax are not really angry about it costing more out of their wallet. Instead, they are angry at what it represents: efforts to change behaviours, and to address climate change, at the expense of the oil and gas sector. In April, Albertans replaced Ms. Notley’s NDP government with Mr. Kenney’s UCP, which promised to repeal the carbon tax and stand up for the oil and gas sector. In the October federal election, Albertans elected 33 Conservative MPs out of a possible 34, throwing all four Albertan Liberal MPs out of office and delivering the party its lowest vote share in Alberta in its history. In short, they voted for the party without a climate plan and voted against the party with a climate plan. Numerous polls have consistently showed that the people most opposed to climate-change mitigation efforts, including a price on carbon, are Conservative supporters, Albertans, and rural Canadians.

So, fellow Albertans, just remember: When you see the pictures at the pump on carbon-tax eve, it is little more than a partisan exercise, dressed up as a tax protest. 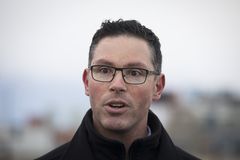 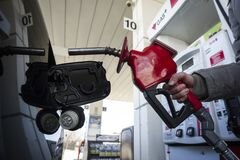 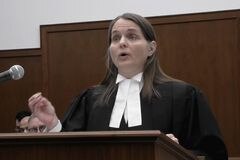