A surge of COVID-19 cases in Hutterite colonies on the Prairies has led to people from those communities facing discrimination and being turned away by local businesses, which health officials say has made the already challenging task of responding to those outbreaks more difficult.

As the number of cases climb in Western Canada, Hutterite colonies that stretch across Alberta, Saskatchewan and Manitoba are reporting harsh discrimination from nearby towns. The provinces are working with Hutterite leadership to curb the spread of the coronavirus that causes COVID-19, but an inconsistent approach about how much to say about the outbreaks – or whether to link them to Hutterites at all – has left some communities feeling exposed.

“There are concerns about the fact that the name Hutterite has been used when putting out reports,” said Mark Waldner, a Hutterian Safety Council representative for Manitoba.

“But the point is that we’re doing our part to prevent the spread. From what I’ve seen, there has been a greater response in colonies.”

A spike in cases at Hutterite colonies since early June led to concern that infections were connected to a funeral at Spring Valley Hutterite Colony in Alberta for three teenage cousins who went missing after a boating accident. The funeral drew visitors from neighbouring colonies in Saskatchewan and Manitoba.

Provincial health authorities have alluded to interprovincial travel as a potential source of the spread in Hutterite communities, but have also said there is no link to the funeral.

On Monday, Saskatchewan identified nearly two dozen new cases in Hutterite colonies in the province and warned of potentially hundreds more infections among people who are awaiting test results.

The Hutterian Safety Council, which includes spiritual leaders, educators, volunteer firefighters, safety instructors and first medical responders, said that public-health authorities have provided guidelines for physical distancing and contact tracing that address the challenges in their communities, but mixed messages on virus spread across provincial borders have caused some uncertainty.

“I’ve been receiving confusing messages, even from our government,” Mr. Waldner said. “Our thoughts were that there was no link to the funeral, but it sometimes seems as if the provinces are saying otherwise, so I’m not sure. But I don’t think there’s a direct link.”

Hutterites live and work communally on the Prairies and in some northern regions of the United States. There are 370 Hutterite colonies in Canada with a total population of 35,010, according to the 2016 census. Hutterites, who share Protestant Anabaptist roots with Mennonites and Amish people, are recognized by their traditional clothing, small-scale farming and manufacturing, and isolation from surrounding society.

Hutterites follow traditions such as communal dining and worship, which make them vulnerable to outbreaks and complicate physical-distancing requirements, according to Mark Loeb, an infectious-disease professor at McMaster University in Hamilton. The researcher previously worked with Hutterite communities to study flu immunization and is leading a federally funded study that will collaborate with colonies to examine herd immunity to COVID-19.

“Many of the key activities are communal,” Dr. Loeb said. “The adults and children will eat together and the women work together in the kitchen. It’s a very close-knit society and it functions very well as a unit, so when there’s an outbreak it’s hard to break up those pieces.”

Of the 120 Hutterite colonies in Manitoba, five have active cases, according to the Hutterian Safety Council. More than 20 colonies have restricted non-essential travel, and some without any cases have chosen to voluntarily lock down their communities as a precautionary measure.

Meanwhile, their members have faced stigmatization from surrounding towns, including “being refused at physical and massage therapy clinics, retail outlets, and also experiencing unwarranted cultural profiling at medical and dental offices,” according to a statement from the Hutterian council.

Hutterite leaders said when authorities announce cases at colonies, it causes unnecessary fear in nearby communities, leading to discrimination.

In a letter to the Manitoba government last week, a Hutterite minister told the province to stop stating when COVID-19 outbreaks happen in colonies, arguing it leads to stigmatization. Paul Waldner, who is from the CanAm Hutterite Colony in southwest Manitoba, said in the letter that if the province refused, the colony would file a human-rights complaint.

The following day, Chief Provincial Public Health Officer Brent Roussin said Manitoba will no longer indicate when new cases are in Hutterite communities unless it involves a risk to public health.

“At first, we saw a lot of stigma against Asian-Canadians,” Dr. Roussin said last week. “Now, we see stigma against Hutterites for this. And it’s not useful, it’s not appropriate, and it actually hinders public health’s ability to control this virus.”

In Saskatchewan, the government discloses cases in Hutterite colonies and identifies the regions where the outbreaks are located.

The province reported a spike in cases on Monday, with 22 of the 31 new cases in colonies. While cases across Saskatchewan have risen from five or fewer cases per day to five to 10, Hutterite colonies have seen as many as 20 cases per day, said Saskatchewan Chief Medical Health Officer Saqib Shahab.

Public-health officials have approached 300 to 400 Hutterite community members that they suspect may test positive and they expect an infection rate of 4 to 6 per cent across colonies, Saskatchewan Premier Scott Moe said on Monday.

“This is a severe outbreak,” he said. “That’s a tremendously high infection rate. It’s something that we’re taking very seriously.”

He added the province may impose stricter limitations, such as banning travel between colonies and towns, but that people should not stigmatize Hutterites as they work to curb spread in their communities.

“I would ask all Saskatchewan residents to treat one another, whether you’re from a Hutterite colony or not, with the exactly the same respect that you expect to be treated with in return,” said Mr. Moe.

Public-health officials will visit each colony in the province to provide physical-distancing guidelines and testing while Hutterite colonies are placing signs on gates notifying visitors that they cannot enter. They are asking truck drivers picking up products for farmers markets to remain in the vehicle and restricting members from visiting other towns and colonies.

Saskatchewan health officials said in June that physical distancing and testing had been met with resistance by some people in Hutterite colonies in the early stages of the pandemic.

While some Hutterite communities initially believed they would be insulated from the virus and did not need to take precautions, that sentiment has changed since cases spiked and the Hutterian council started communicating preventative measures, said David Tschetter, a council representative focused on Alberta and Saskatchewan. But even as colonies have started taking measures to curb the spread, he said that local businesses have continued barring Hutterites.

“All people in society, Hutterite and non-Hutterite, have a moral obligation to respect one another,” said Mr. Tschetter. “The greater responsibility is doing your part to ensure you’re not spreading the virus. If our Hutterite members have in any way acted inappropriately, then does that justify discrimination against an entire culture? Well, the obvious answer is no.”

While Alberta does not specify when outbreaks are in colonies, some local governments have had to tell residents to stop stigmatizing neighbouring Hutterite communities. A joint statement on July 16 by the Town of Claresholm, the Municipal District of Willow Creek and Livingstone-Macleod MLA Roger Reid said they received several reports of discrimination against Hutterite members after COVID-19 cases spiked.

Members of the community are easily identifiable and when provinces disclose cases in Hutterite colonies, it is similar to naming families or homes in a neighbourhood, said Dr. Loeb, the McMaster professor.

“It’s like people publicly identifying where someone lives in their home and saying that that person has COVID,” he said. “Making this public is awful and it violates confidentiality.” 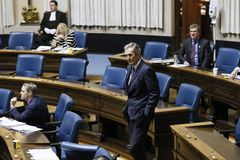 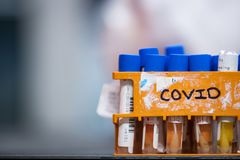 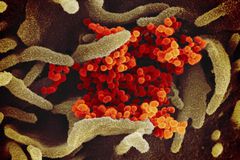