Tany Yao is walking at a steady clip through the snow and sleet-covered sidewalks of Eglert Drive, a tidy residential subdivision in Fort McMurray. Politicians do door-knocking a little different up here. No going to the doors before 4 p.m. because of the number of shift workers who are asleep during the day. No ringing the doorbell for the same reason. Half of Mr. Yao’s knocks go unanswered and several doors are opened by people working as cleaners or nannies or by foreign workers who can’t vote.

“We're the good guys. We’re the ones that believe in our petroleum industry,” says Mr. Yao, the United Conservative Party incumbent in the riding, beginning his spiel to a man who answers at one house.

“You’re not Liberals, so that’s good,” the man says.

Asked for permission to put up a lawn sign, the man says, “Give ‘er.”

Fort McMurray is about 435 kilometres northeast of Edmonton, an area of both nature and industry, where a city sprouts in pieces amidst dense boreal forest and trucks roar in steady streams past stands of black spruce and white birch. Fort McMurray is known both for being the centre of Canada’s oil industry and also for the devastating fire it suffered in the spring of 2016, one of the biggest natural disasters in Canadian history.

If the Alberta election is about oil and gas and the economy, Fort McMurray is its thrumming heart, a riding so traditionally conservative it was safe even during the “orange wave” that upset other conservative strongholds throughout the province in 2015. It was in that tumult that Mr. Yao won his seat as a candidate for the Wildrose Party, defeating both the Progressive Conservatives’ incumbent and the NDP candidate by a comfortable margin.

Yet even with the UCP considered to be a strong front-runner in this election – and in Mr. Yao’s own staunchly conservative northern Alberta riding – things aren’t necessarily so simple.

“It’s really difficult because up here, in theory anyway, a conservative candidate is a good fit for the oil sands,” said Angela Zeinstra, a 29-year-old oilfield worker, while watching the Tar Sand Betties roller-derby team play last weekend. “But I also do not want Jason Kenney in power.”

Sitting beside her, Rhys Benbow, who also works in the oil patch, agreed.

“I’m more or less a conservative voter, but I honestly don’t know who I want to vote for,” he said. 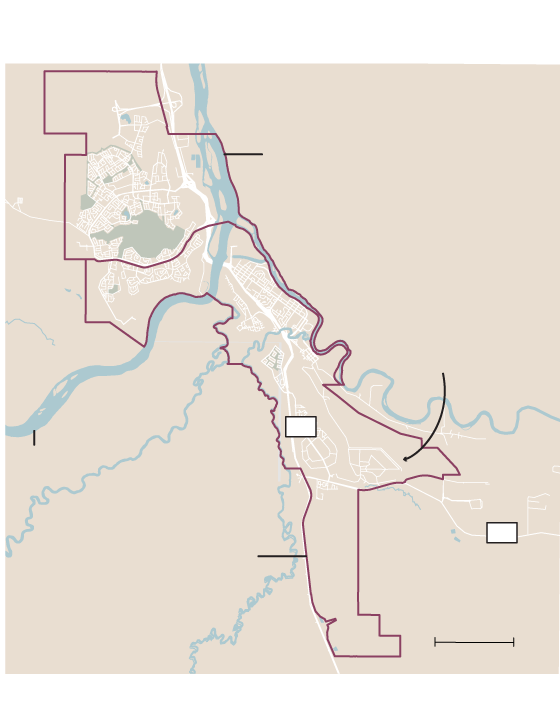 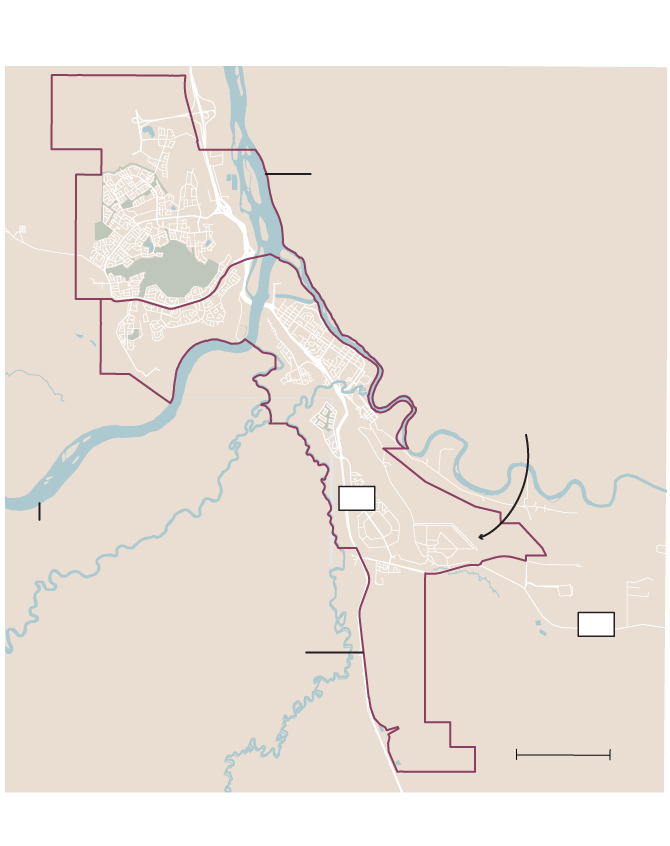 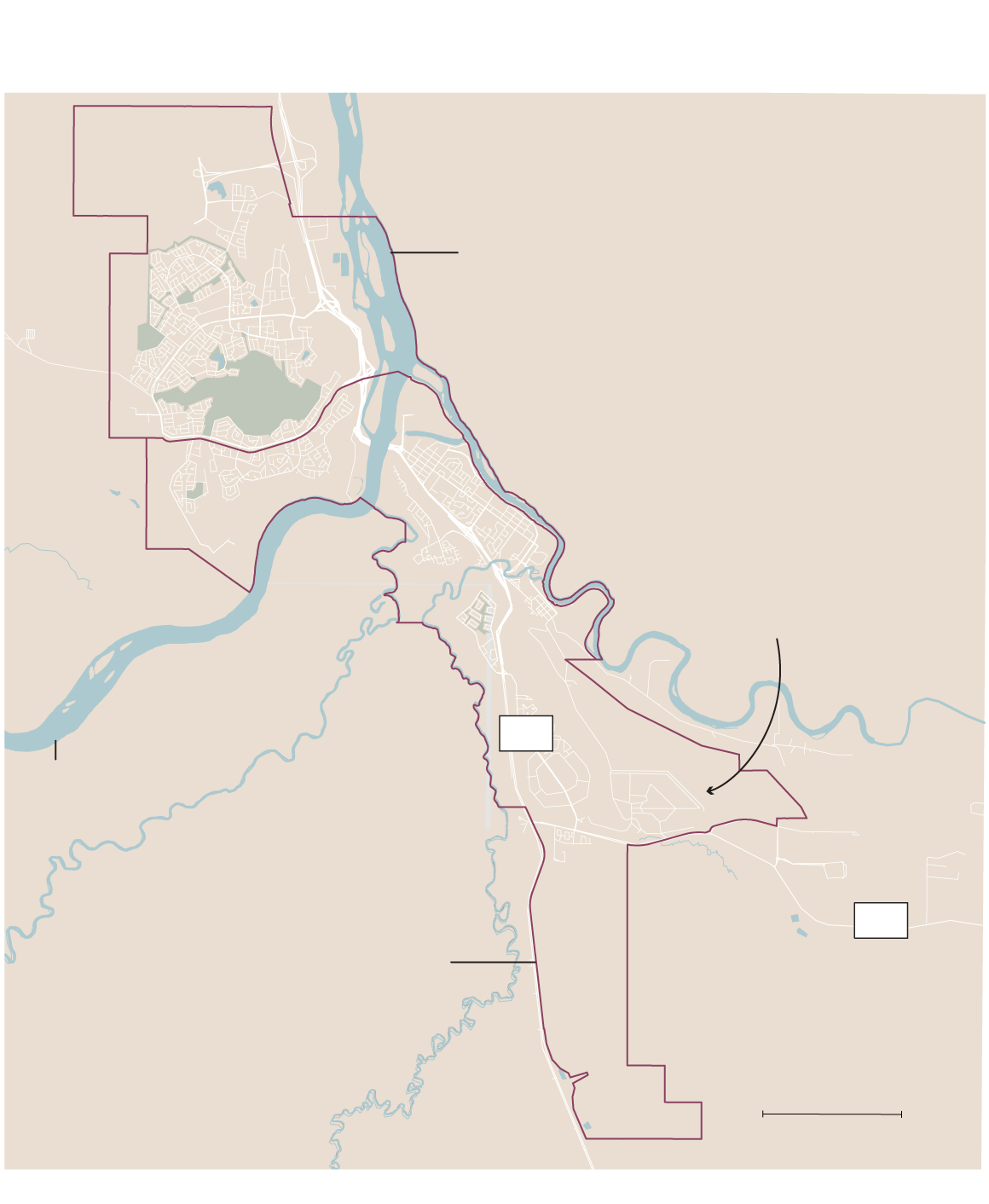 Provincially, Fort McMurray is divided between two ridings, Fort McMurray-Wood Buffalo to the north and Fort McMurray-Lac La Biche to the south. Each contains a portion of the urban centre then spreads out into the vast country beyond.

Fort McMurray-Wood Buffalo fills the upper right corner of the province, including the Athabasca Chipewyan First Nation, the Fort McKay First Nation and the Mikisew Cree Nation. In that riding, Mr. Yao is facing the NDP’s Stephen Drover, the Alberta Party’s Marcus Erlandson and the Alberta Independence Party’s Michael Keller.

To the south is Fort McMurray-Lac La Biche, a new riding that replaces Fort McMurray-Conklin, once occupied by former Wildrose leader Brian Jean. It’s currently held by Laila Goodridge, a former staffer of Mr. Jean’s who won the seat by a significant margin as a UCP candidate after a by-election last year. Ms. Goodridge is running against the NDP’s Jane Stroud, Jeff Fafard for the Alberta Party, Green Party candidate Brian Deheer and Mark Grinder for the Alberta Independence Party.

Even in a downturn, Fort McMurray boasts some of the lowest unemployment rates and healthiest incomes in the country. Mayor Don Scott says local concerns include the building of a second road out of the community (a major issue during the wildfire) and limiting the number of people living temporarily in work camps in the area. But for many, the economy, pipelines and the city’s lower housing prices are predictably top of mind.

At another door, Mr. Yao meets Glenis Krowchenko, who greets him enthusiastically and tells him both she and her husband will definitely be voting for the UCP.

“I think we need the conservative party right now more than anything to get our backs in the oil field and bring us back up to an economy that we’re able to get at again,” Ms. Krowchenko says, after accepting one of Mr. Yao’s signs for her lawn.

“It’s been a downward spiral, unfortunately, over the last four years,” she says. ”It doesn’t take a genius to figure out that a lot of it has to do with the political parties that are in charge right now and the lack of support that we have gotten. We were flourishing previously under a majority conservative government and now we are not.”

Mr. Yao, a former paramedic and firefighter, says international companies have been moving out of Alberta because of the NDP government and taking good people with them. He says one of his friends is now being transferred to Iraq.

“I asked, ‘How much did they used to spend here?’ He said, ‘Oh, $1.4-billion in B.C., Saskatchewan and Manitoba.’ They transferred all their spending overseas and that’s aggravating,” Mr. Yao says. “These internationals just took off because they all got scared away.”

But Mr. Drover, the NDP candidate, says oil prices started going down before the previous provincial election and that Rachel Notley inspired him to run in part because of her long-term vision for oil and gas. “I really do believe that she’s the only party leader that has a vision for our energy sector in the long term,” says Mr. Drover, who moved to Fort McMurray to work in the pipelines in 2004 after getting laid off from his job as a miner in British Columbia. “I do believe that’s what this economy needs, a leader that thinks not just days ahead but decades in advance, and that’s what she’s doing. We need to be looking ahead to our future, not grasping the straws of our past.”

Chief Allan Adam of the Athabasca Chipewyan First Nation has publicly backed the NDP in the area, saying he’s concerned about what a UCP government will mean for Alberta’s First Nations over all, and for some of the initiatives currently underway in the Fort McMurray riding that includes his community.

“In the last four years, I can honestly say I had the opportunity to work on our nation, to build our nation. … It’s not perfect but at least we have a table and we work together,” said Chief Adam, speaking at the Fort McMurray office for Acden, a corporation comprised of 18 First Nations businesses and one of the largest Aboriginal corporations in Canada. “With the PCs, we had nothing and now you have the UCP. You know they’ve got a whole radical view of things, and when I look at their whole platform of 100-something pages, why is there only three paragraphs on Aboriginals?” Chief Adam says. “It tells you right then and there what Jason Kenney’s all about.”

Despite the strong traditional swing of Fort McMurray to the right, Mr. Yao says he isn’t taking anything for granted. The ridings in Fort McMurray traditionally have some of the lowest voter turnout in the country and no vote is ever guaranteed.

At one house, a woman says she’s concerned about Mr. Kenney. At another, a woman says her household is voting for the NDP under Rachel Notley because she took care of them during the fire.

But down the block, a man promises his vote to the UCP and accepts one of Mr. Yao’s signs for his yard.

“Just getting a sign, that’s the best,” Mr. Yao says, as he drives the metal stand down hard into the frozen ground. “This is like gold.”