This past April, Jason Kenney was sworn in as Alberta’s Premier after a polarizing election in which he told Albertans they were “under siege” and that Ottawa, other provinces and environmentalists sought to destroy its oil industry. Now, talk of sieges has turned to promises of attack – against the federal government of Justin Trudeau, who won a minority Parliament in this fall’s election but no Liberal seats in Alberta; against the federal New Democrats and their B.C. counterparts, who opposes a major pipeline expansion; and against anyone else he deems to be standing in the way of Alberta’s economic growth.

But how have all these battles changed the lives of Albertans, and what does it mean for the rest of Canada? Check back here for The Globe and Mail’s latest coverage of Alberta’s political upheaval so far. You can also stay up to date weekly by subscribing to our Western Canada e-mail newsletter.

Kenney has been premier for:Countup

More than half of Mr. Kenney’s cabinet ministers come from Calgary, his political home base. They include Sonya Savage, a former Enbridge Inc. lobbyist who is now Energy Minister and Mr. Kenney’s point person on contentious oil-sands issues (more on those below). He’s also assembled an energy “war room” to use campaign-style tactics against environmental groups and bolster the reputation of the oil sands.

Here are some of the other key players to watch in and around the legislature:

Abolishing the Notley government’s $30-a-tonne price on greenhouse gas emissions was one of Mr. Kenney’s first legislative acts, but in October, he announced his own tax with an identical price tag – just focused on industrial emitters, not consumers. That hasn’t altered Ottawa’s plan to add Alberta on Jan. 1, 2020, to the federal carbon-pricing framework, which taxes provinces without their own carbon taxes or cap-and-trade systems. Andrew Scheer’s federal Conservatives had promised to abolish the federal framework, and while his party swept Alberta’s ridings in the fall election, he did not unseat the Liberals and the balance of power in Ottawa now lies with parties supporting carbon pricing. Now, the per-tonne federal price, currently $20, is due to rise to $50 by 2022.

To its supporters, carbon taxation is a way to soften the blow of catastrophic global climate change by encouraging Canadians to burn less fossil fuels; but to Mr. Kenney, it’s a cash grab, and he disputes Ottawa’s right to use it. He’s launched a court challenge to the federal tax, though similar suits in Ontario and Saskatchewan have so far been rejected by appeal courts in those provinces.

What is carbon pricing anyway? Watch our visual guide to learn more.

Explainer: Where the four main federal parties stood on climate in 2019's election

Explainer: Canada’s carbon taxes: A guide to who’s affected, who pays what and who opposes them

When they took office, the UCP inherited a long-running feud about what to do with the Trans Mountain expansion, a project to boost the capacity of an oil pipeline from Edmonton to the B.C. coast. Alberta and Mr. Trudeau’s government want to see it built so more Alberta oil can be shipped to foreign markets, but the B.C. government and several First Nations along the route oppose it, saying the environmental costs of potential spills and more tanker traffic are too high.

Ms. Notley’s NDP crafted legislation to retaliate by restricting oil exports to B.C., but she never used them; activating those powers was one of the Kenney cabinet’s first acts, and Mr. Kenney has threatened to “turn off the taps” if B.C. doesn’t relent on the pipeline issue. Ottawa has much at stake too, both because it owns the Trans Mountain system after a 2018 deal with oil company Kinder Morgan, and because it asserts that it alone has the legal right to authorize energy projects like Trans Mountain. (So far, the courts agree with the Trudeau government on that second point, but the case is likely heading to the Supreme Court of Canada for a final answer.)

Mr. Kenney has also sought to undo the Notley government’s $3.7-billion deals to ship Alberta’s oil by rail, a stopgap plan to boost exports without new pipelines that he denounced during the election as an unfair burden to taxpayers. Ms. Notley already signed the contracts this past February with Canadian Pacific and Canadian National railways, but Mr. Kenney now says the province will aim to offload those contracts to the private sector – and if they can’t, they’ll explore “legislative powers with respect to contracts” to break the deals at a lower punitive cost. 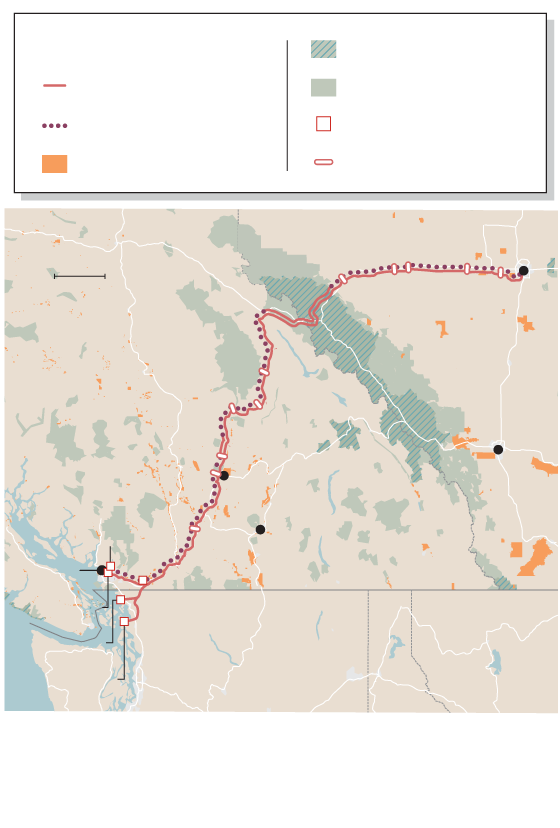 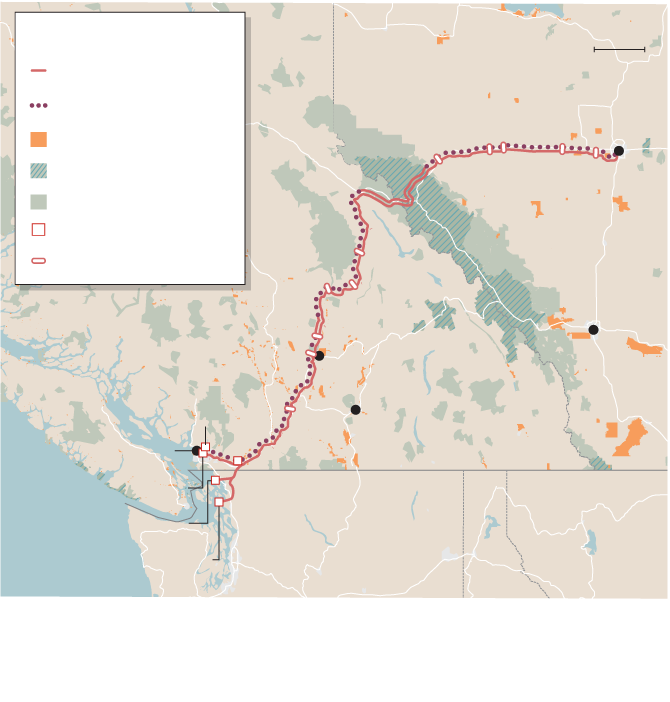 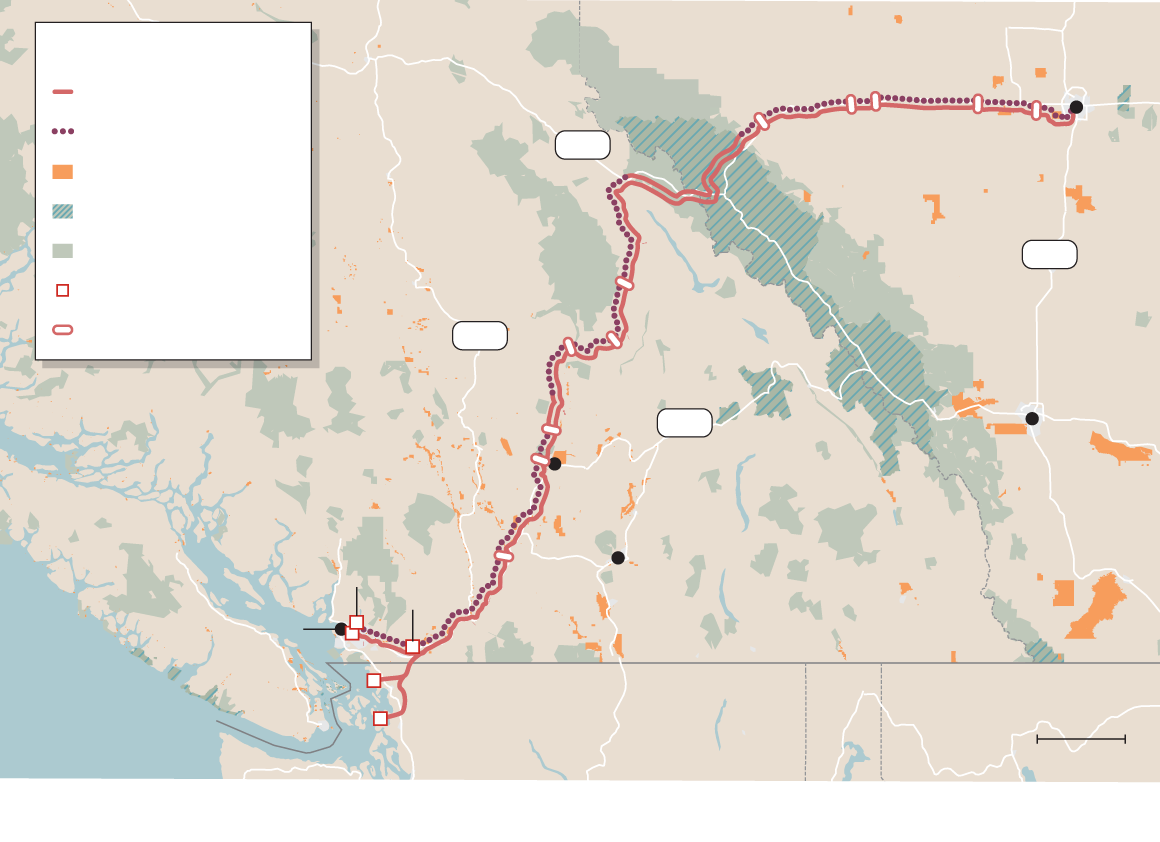 Kelly Cryderman: A federal Liberal minority is what the energy industry feared most

Explainer: Trans Mountain, Trudeau and First Nations: A guide to the political saga so far

In a province still stinging from the oil-price shock of 2014-15, Mr. Kenney believes Albertans will judge him on whether the economy recovers under his watch. Pipelines and the oil patch are a big part of that, but he’s also cutting corporate tax rates from 12 per cent to 8 per cent in the hopes of attracting business. That will cost the province billions in revenue, to be offset by deep cuts to public spending. The UCP’s first budget, unveiled only days after the federal election, was one of the most austere the province had seen since the 1990s: It cut $1.3-billion in spending and eliminated some 2,100 public-sector jobs, angering labour unions and municipal governments whose funding would be slashed.

The UCP also rolled back NDP-era increases to the minimum wage, allowing students under 18 to be paid $13 an hour instead of the $15 rate that Ms. Notley introduced last fall. A government-commissioned panel is also looking at wage cuts for alcohol servers, who used to have a reduced rate until that was eliminated by the NDP. Now in opposition, the New Democrats are arguing in favour of wage policies they say were introduced to ensure Albertans have a fair and livable income.

Alberta's recovery was on track. Then it hit a major snag

Max Fawcett: Jason Kenney is uniquely placed to save Alberta – if he has the audacity to impose a sales tax

Hundreds of Albertans have died of accidental opioid overdoses in recent years, part of a nationwide drug crisis in which Western Canada has been hit especially hard by fentanyl and meth. The NDP government set up supervised drug-use sites across Alberta to prevent more deaths, but faced a backlash from communities fearful of increased drug use in their neighbourhoods. Mr. Kenney has frozen the creation of new sites and commissioned a panel to review of the existing ones.

Investigation: How Canada got addicted to fentanyl

Four years after Justin Trudeau’s Liberals drove the Harper Conservatives from power in Ottawa, Mr. Kenney tried to return the favour in October’s federal election. He allied himself with Conservative Leader Andrew Scheer, travelling to the vote-rich Greater Toronto Area to help stump with the Conservatives in the same immigrant neighbourhoods he once wooed as Mr. Harper’s immigration minister. Alberta fell safely into Conservative hands (except for one NDP riding in Edmonton), but Mr. Kenney wasn’t much help in urban Ontario, where Liberal support stayed largely intact. After election day, Mr. Kenney gave a speech to the Alberta legislature saying that “many Albertans feel betrayed” and claiming western alienation was a threat to national unity. With Mr. Scheer pledging to stay on as Opposition Leader, regional tensions are going to be a tricky issue in Mr. Trudeau’s minority Parliament.

More reading: Alberta and the 2019 election

Editorial: Spare some sympathy for the West, and for Justin Trudeau’s Western problem

Based on reporting by Justin Giovannetti, James Keller, Shawn McCarthy, Justine Hunter and The Canadian Press