Alberta Premier Jason Kenney said any public backlash to the removal of the province’s election watchdog is due to “misreporting and opposition mischaracterization” during his first public appearance since the contentious Bill 22 was introduced.

Election commissioner Lorne Gibson was removed and his independent office was dissolved on Friday as Bill 22 came into effect. The four remaining employees of the office will be transferred to Elections Alberta. Mr. Gibson had spent much of the past year investigating allegations of wrongdoing within Mr. Kenney’s United Conservative Party, including claims that a “kamikaze candidate” helped Mr. Kenney win the party’s leadership in 2017.

Mr. Kenney dismissed allegations from Alberta’s NDP opposition that the firing constituted political interference into the investigation of the ruling party. Bill 22 was first introduced on Monday afternoon and was sped through the house for approval on Thursday.

Speaking with reporters in Calgary on Friday afternoon, the Premier said the investigation into the UCP shouldn’t be affected by the decision to terminate the chief investigator’s contract.

The two offices were split by the New Democrat government in 2018 and the commissioner was given broad powers along with a mandate focused on investigations. The office undertook 74 investigations and levied more than $210,000 in fines during its first year. Most of the fines were incurred by conservative interests.

The opposition New Democrats had tried to derail the legislation over the course of this week, including asking the Lieutenant-Governor to withhold her assent. Along with closing the independent election commissioner’s office, the bill makes a number of changes to government agencies and moves nearly $30-billion in public sector pensions to the provincial government’s pension manager, AIMCo, from independent funds.

The Premier was in Texas during the week as Bill 22 was introduced, debated and approved.

Opposition Leader Rachel Notley said Mr. Kenney’s government was being dishonest and “dismantling democracy” through the law. “The very fact that he arrived after it passed, and he was hiding in Texas for the past four days, is one of the most cowardly things I’ve seen from a premier bent upon embarking on a plan to perpetrate the worst abuse of power in the history of the province,” said Ms. Notley.

The former premier said she was concerned Mr. Kenney would now turn his attention to Alberta’s ethics commissioner after he publicly dismissed a letter from the ethics watchdog. The letter had advised legislators in Mr. Kenney’s party who are being investigated by the election commissioner or the RCMP to refrain from speaking or voting on Bill 22 to avoid a possible conflict of interest.

“I don’t see any conflict in that whatsoever. Investigations will be ported over from the separate commissioner’s office to the merged chief electoral office,” said Mr. Kenney of the ethics letter.

The Premier also told reporters he saw no reason to delay the law until after the investigation into his party was concluded.

“If we waited and did this in two years or three years or four years we’d have exactly the same accusations. We aren’t going to allow unreasonable and unfounded accusations from our opposition [stop us from implementing] our policy we’ve had since the beginning,” said Mr. Kenney. 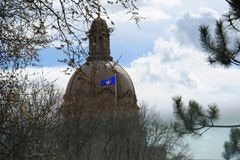 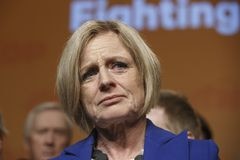 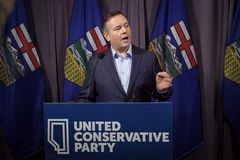