Restaurants, hair salons and churches in Calgary won’t be allowed to open on Thursday along with the rest of the province, after the Alberta government excluded the city from parts of its aggressive economic relaunch plan because of a disproportionately high number of COVID-19 infections.

Premier Jason Kenney put Calgary and Brooks, a city of about 15,000 people in a rural part of the province, on their own schedule for the first phase of the restart. Barbers in Calgary and Brooks, for example, will not be able to pull out their clippers until May 25, while hairstylists in the rest of the province can resume operations Thursday. Restaurants and pubs in the two cities will also have to wait until then before opening.

Retailers, daycares, museums and some non-essential medical procedures will be permitted to open in Calgary and Brooks on Thursday along with the rest of the province.

Calgary and Brooks account for roughly three-quarters of the province’s current COVID-19 cases, in part owing to outbreaks at meat-packing plants that further spread in the two communities. Despite the staged approach, large swaths of businesses will be permitted to reopen in these cities this week. Art galleries, museums, and retail clothing and furniture stores, for example, may open Thursday. The same applies to daycares, although some restrictions remain.

Mr. Kenney said the province’s Chief Medical Officer of Health, Deena Hinshaw, advised the government that, compared with the rest of Alberta, Calgary and Brooks continue to rack up “significantly” more cases of COVID-19 through community transmission from unknown sources.

“Better to be safe than sorry,” Mr. Kenney said Wednesday.

Alberta unveiled the outline for its relaunch plan at the end of April, flagging May 14 as the earliest day it may ease restrictions for most businesses such as restaurants and daycares. The government, however, did not confirm its plan until Wednesday afternoon, giving businesses less than a day’s notice.

Businesses will be required to follow provincial guidelines that focus on physical distancing, cleaning and hygiene. Restaurants and cafés, for example, will only be permitted to operate at 50 per cent of their usual capacity.

Alberta confirmed 62 new cases of COVID-19 on Wednesday, bringing the provincial total to 6,407. More than 5,000 people have recovered.

The province is home to Canada’s two largest single-site outbreaks: one tied to Cargill Ltd.'s slaughterhouse in High River, where nearly half of the 2,000 unionized employees tested positive for the illness, and the second related to JBS Canada’s beef-processing operation in Brooks, where hundreds of employees got sick. A significant number of people who work at Cargill’s plant in High River live in Calgary.

A spokesman for Calgary Mayor Naheed Nenshi said the city needs time to digest the information before commenting.

Brooks Mayor Barry Morishita said he understands why there’s a delay for restaurants, bars, hairdressers, barbers and religious gatherings reopening in his community, which has had a high number of cases of COVID-19. The small southern Alberta city is home to many of the workers at the nearby JBS Canada plant.

“Our situation has certainly been an outlier,” he said.

Brooks has had 1,060 cases of COVID-19, Mr. Morishita said. There have been six deaths, but more than 800 people are now recovered.

He said most of the community is onside with the delayed reopening, although there was frustration in some quarters they only learned of it mid-day Wednesday. But many business owners weren’t planning any resumption of services until at least after the May long weekend, anyway.

“We’ve always trusted what Dr. Hinshaw has been saying,” Mr. Morishita said. “I’d rather go slow forward than have to step back.”

Still, he wants to see provincial health officials continue with drive-through asymptomatic testing in the community. And he’s still concerned about some Brooks and Calgary residents being targeted on social media or in person because of the colour of their skin or ethnic background.

“There’s really no place for that. Anybody can get that virus, and it isn’t a question of where you come from. So we just need to stop it.”

While shopping and dining restrictions in much of Alberta will be much looser Thursday, business may be slow to return.

Tim Sanderson, the executive vice-president for retail broker JLL Canada, said businesses in malls in other parts of North America have been slow to restart. Just 20 per cent to 25 per cent of businesses in three major malls in Manitoba were open May 4, when that province lifted some restrictions, he said.

“It is not just a simple case of throwing the doors of the mall open," Mr. Sanderson said. Problems range from difficulty obtaining merchandise because of kinks in the supply chain to employees being too fearful to return to work. Retailers, he said, worry that open – but empty – malls may damage business further.

“If the consumer goes to the mall, and the malls are underwhelming, is that consumer turned off by the experience and may not come back? That’s a real concern.”

Coronavirus precautions take a bite out of salons’ narrow margins as they begin reopening
Subscriber content
May 13, 2020 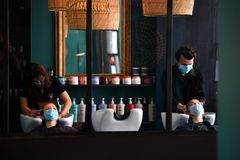 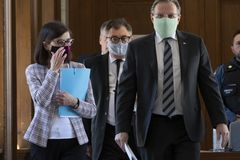 Some outdoor recreational activities resume as Britain begins to ease coronavirus lockdown
May 13, 2020 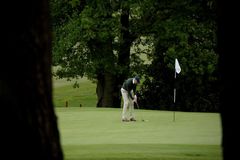