In a region hit hard by the downturn in Alberta’s oil and gas industry, a massive cannabis facility under construction in Medicine Hat gave the community a badly needed boost of optimism when it was announced last year.

The Aurora Cannabis Inc. project, at 1.6 million square feet, would be one of the largest in Canada and create as many as 800 jobs when it’s fully up and running. For the local government, it would be a significant source of revenue through property taxes and electricity sold through the city-owned power company.

But that enthusiasm has been tempered as the company pulls back on the construction schedule, recently announcing it will delay completion for the foreseeable future. The facility was already behind schedule, although Aurora has told the community it’s not giving up on the project.

Mayor Ted Clugston said he still has faith in Aurora and the boost it will give his city, although he acknowledges hearing about the delay was difficult.

“Alberta has been extremely hard hit by the oil and gas industry, so having this nascent industry come in, there was just this sense of optimism in our community that we were bucking the trend of the rest of the province,” he said in an interview. “Now everything’s been delayed, so that sense of optimism has been somewhat muted. But it’s still there.”

Medicine Hat, the self-described “Gas City" owing to its century-old natural gas industry, has suffered enormously in Alberta’s economic downturn, with thousands of people losing their jobs in recent years. Earlier this year, the city announced it would have to shut down about 2,000 of its natural gas wells – or about 75 per cent – that are no longer profitable because of persistently low prices, forcing layoffs and cutting into municipal resource revenues.

The cannabis facility, which the company has named Aurora Sun, was announced in the spring of 2018, and was expected to start production this year. The city offered Aurora more than $7-million worth of tax incentives to build in Medicine Hat, and the company signed a long-term deal to buy local electricity.

Construction was behind schedule when the company announced earlier this year that it was increasing the size of the project by a third.

In its latest quarterly earnings report, Aurora said it was deferring construction on the Medicine Hat facility, as well as a project in Denmark. The company says it will have six of the facility’s 37 grow rooms operating by the spring and will add capacity depending on market conditions. It anticipates full operation by 2021 – two years later than initially proposed.

The company declined a request for an interview. Michelle Lefler, Aurora’s vice-president of communications, said in a statement that the company was continuing to build in Medicine Hat under a revised timeline that is “more closely aligned with how cannabis markets develop.”

“Aurora Sun remains an important part of our future outlook for the production of high-quality cannabis,” the statement said.

Performance has been weaker than expected for several Canadian cannabis companies since the drug was legalized last year. While the recreational market was plagued by supply shortages at the beginning, a rapid increase in production across the sector led to a glut of marijuana in the face of a limited retail network and poor demand.

Aurora, whose stock price has fallen by 55 per cent in the past year, reported a sales decline of 24 per cent for its most recent quarter.

In Alberta, Aurora and other producers were also hit by the provincial government’s decision last month to treat cannabis facilities as industrial businesses rather than agricultural operations that are exempt from local property taxes. While the company said it was disappointed by the move, it played down the impact.

Cannabis facilities have become attractive to local governments, particularly in smaller communities that are eager for new jobs and have relatively cheap land for what can be massive projects. Some, such as Medicine Hat, have attempted to lure them with lucrative incentives such as tax breaks.

“There are a lot of communities across the country that have looked at cannabis as a potential gold mine,” said Michael Armstrong, a Brock University professor who has studied the industry.

“Now that we’re in the first year of legalization, we’ve seen more of the reality, and some of that has been good and some not so good."

Prof. Armstrong said much of the early hype around legal cannabis – for investors and local governments – has worn off as the industry has suffered through consolidations, bankruptcies and other problems. He said it will remain a profitable industry for some producers.

“Certainly there are jobs and industrial potential, but there’s nothing magic about it,” he said.

Chris Damas, editor of the BCMI Cannabis Report, said the problems facing Aurora in Medicine Hat are symptomatic of the entire industry, which increased production too quickly.

“Medicine Hat’s a casualty of overbuilding,” he said in an interview. 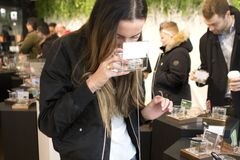 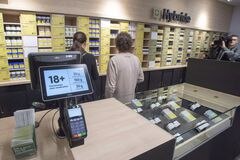 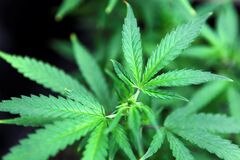