The raging wildfire that led to the evacuation of Fort McMurray, Alta., where thousands drove through curtains of flames to escape, has left lasting emotional scars on the city’s high-school population, according to a new study.

Schools in the northern Alberta city have changed significantly since the 2016 wildfire, with mental health resiliency training and breathing exercises now a fixture in many classrooms and yoga working its way into physical education as a means of calming anxious students.

However, administrators say the current exercises might not be enough after a University of Alberta study found that 37 per cent of high-school students showed signs of post-traumatic stress disorder when surveyed 18 months after one of the largest evacuations in Canadian history.

Nearly half of the city’s high-school students met the criteria for PTSD, depression, anxiety or substance abuse, according to the Edmonton university’s investigation, which is the largest community study commissioned worldwide after a natural disaster.

“The rates of PTSD are extremely high. The trauma on these kids and the trauma on the local community is highly significant,” said Peter Silverstone, a professor of psychiatry who was the senior author of the study. Earlier studies around the world on smaller populations have not found numbers of traumatic stress nearly as high, he said.

In one surprise to researchers, students who moved to the city after the wildfires also showed elevated rates of trauma because of hearing stories from classmates about the disaster and seeing burnt-out homes in the community.

While the impact on Fort McMurray’s adult population is expected to mirror the results for the high schoolers, the study’s focus on younger minds is important, Dr. Silverstone said. “At this age, the amygdala and hippocampus in kids’ brains are still developing and these sorts of stressors can increase long-term risks for anxiety, depression, alcohol abuse and other things.”

The study’s findings are a disappointment, according to Monica Mankowski, a deputy superintendent with Fort McMurray’s Catholic schools.

“We were disappointed the numbers were that high because we put significant resources in place and we were hoping, always taking the positive, that the numbers would be lower. We knew they would be high; we didn’t think they’d be that high,” she said.

After hiring more counsellors and placing a full-time mental-health therapist in every high school, Fort McMurray’s public and Catholic school districts are preparing to unveil a strengthened resiliency program, designed with Dr. Silverstone, for all students in January.

“We’ve known all along that Year 3 was going to be one of the toughest years and by Year 5 we’ll be crawling out. We’re not pulling back supports any time soon, we know there’s hard work ahead,” said Shannon Noble, an assistant superintendent of Fort McMurray’s public schools.

The focus on calming students in class, through breathing exercises or yoga, is a profound shift from the situation before the wildfires, according to Ms. Noble. “We’re constantly churning kids through groups and one-on-ones. Before the wildfire, a teacher may have called a parent and told them to go to the hospital or get a therapist; now we have those supports in the school and we deal with it in the school house,” she said.

High school, even without a disaster, is a stressful time. The study compared its data with a previously completed survey in Red Deer, Alta., that found that up to 30 per cent of high-school students there suffered from anxiety problems – PTSD was not measured in that study.

According to Dr. Silverstone, the situation in the regional municipality of Wood Buffalo, the sprawling oil patch area that includes Fort McMurray, could have been made worse by falling energy prices and an ensuing economic collapse that worsened after the wildfires were beaten back. Fort McMurray has yet to recover from an economic drop that started in 2015.

“There are other issues in the community, with depression, anxiety, possible drug abuse and marital breakup. These things feed on each other. Unhappy families have unhappy kids for obvious reasons,” he said.

Alberta Health Services said it didn’t have data on mental health calls or other indicators of problems after the wildfires in Fort McMurray. Demand for therapy and counselling has been steady in recent years, according to Edith Zuidhof-Knoop, the health service’s director for addiction and mental health in the area. The provincial government hired 40 additional staff members, including therapists, for the city after the wildfires.

Over 100 healthy-looking trees toppled by winds in Fort McMurray
August 28, 2019 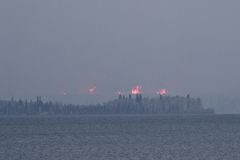 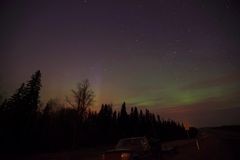 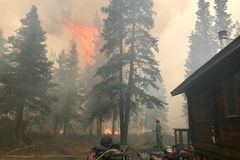