Naheed Nenshi’s future has long been a source of political speculation in Alberta, with people asking whether one of Canada’s most recognizable and long-serving mayors would seek a fourth term in office. Mr. Nenshi now says he’s made the difficult decision not to run again this fall.

Mr. Nenshi, 49, is so firmly ensconced in Calgary political consciousness it’s hard to remember he was an underdog in the early days of the 2010 municipal election. Most people gave the intellectual, Harvard-educated son of Tanzanian immigrants – with a previous council-spot election loss under his belt – a near-zero chance in his first shot at the mayor’s chair, especially against two better-known candidates.

But his team launched an ideas-heavy platform that gave him the right momentum in the final days of that campaign, and after his surprise victory, he became a lionized symbol of urbane, progressive municipal politics.

Mr. Nenshi prominently helped to lead Calgary through the disastrous 2013 flood, but in the years following that, had the difficult job of governing in an era of declining economic fortunes. Facing a grumpy electorate and questions about his own governing style – and hubris – he only narrowly hung onto a majority of votes cast in the 2017 municipal election. While he famously won his first campaign by harnessing the power of social media, he now says he shies away it.

“I hardly go on Twitter anymore,” Mr. Nenshi said in an interview with The Globe and Mail. “When I engage, a bunch of trolls will jump in.”

Still, Mr. Nenshi maintains he got his dream job early in life, and making the choice not to run again hasn’t been easy. “It’s a very tough decision.”

He doesn’t have a new job lined up, and he’s not about to immediately take the plunge into provincial or federal politics, as some have speculated. “Never say never. I do have a political bug. But certainly not in the short term.”

It is, he said, time for him to step back and let someone else lead. The turmoil of the past 12 months has shown him that new and different voices need to be heard. He believes divisiveness in society and on social media is at a critical juncture – in the 2010 election, his Muslim faith came up a few times, and his skin colour never did. In the fraught 2017 election, “I had racist attacks on my supporters every day.”

But he said the city is starting to see concrete signs of economic diversification, and movement on important topics such as anti-racism, mental health and poverty. Although the COVID-19 numbers and variant cases are bad now, he believes things will feel differently when the Oct. 18 municipal elections are held, when many Calgarians are vaccinated.

“Although this particular moment feels very grim in our history, when we look at the green shoots this spring, we can see that we laid the groundwork for tremendous growth,” Mr. Nenshi said, noting he’s not endorsing any of the 10 candidates now running to be Calgary’s mayor.

“Leaving at that point will actually allow the new mayor to put her stamp on the city.”

Much of Mr. Nenshi’s time as mayor has been marked by a tumultuous time in Alberta politics, with an oil price drop in 2014, unemployment, and provincial battles over pipelines and federal climate policy becoming defining features of the period. Jason Kenney is his sixth premier.

In terms of accomplishments, he can point to new facilities such as the architecturally beautiful, on-budget Central Library, and a city hall more oriented toward customer service. But his support for Calgary to host the Olympics again in 2026 didn’t seem to sway a 2018 plebiscite on the question. And Mr. Nenshi has faced criticism for the city’s handling of redistributing property taxes as the value of office towers in downtown Calgary has plummeted.

As of late, the city has sparred with Mr. Kenney’s United Conservative Party over the near $5-billion Green Line light-rail project, one of the largest public-works project in Alberta history. 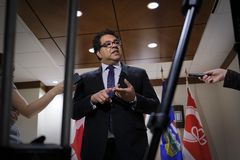 Calgary pledges to address racism within department after firefighters speak out about decades of abuse
February 15, 2021 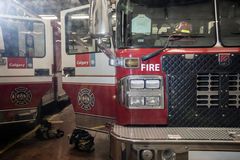 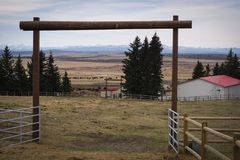