After dousing my hands in complimentary hand sanitizer both at the entrance of Craft Beer Market and at my own table on the new rooftop patio, I felt impressed. It was a seemingly safe start to my fifth postlockdown dining experience since Monday afternoon.

The last time I had a meal at a contemporary restaurant, I was at Hearth in Saskatoon on March 14. The Juno Awards had just been cancelled two days before and the city felt like a ghost town, although the widespread panic that plagued Alberta hadn’t reached Saskatchewan quite yet. Knowing what I was driving home to in Calgary the next morning, I knew this would be the last night I’d be inside a restaurant for quite some time.

This week has been strange. It has been 2 1/2 months since I’ve been inside a restaurant – except for picking up takeout or a coffee – and I have been internally critiquing the establishments I’ve visited; not by their food and drink quality, but by their newly imposed health and safety measures.

It’s interesting how feeling safe supersedes all else now that we see a light at the end of this pandemic tunnel.

With Winnipeg restaurants being open for patio service since early May and Edmonton restaurants for dine-in at 50-per-cent capacity for almost two weeks, it’s been most interesting to see who has chosen to open.

In Calgary, as with other cities, it is primarily chains and larger restaurant groups to dip their toes into the unknown waters. It makes sense: larger companies have the staff to map out sanitization procedures and train employees on new protocols. Independent restaurants are waiting to see how the “first wave” of reopening fares before deciding to open.

Earlier this week, I chose to have dinner at Joey Eau Claire. Learning about its extensive reopening measures, which include temperature checks and requiring staff to take a health-and-safety exam before returning to work, it felt like a space I would feel comfortable walking into.

The flagship location in downtown Calgary was nearly full when we arrived, operating at approximately 40-per-cent capacity, but because of its size, felt empty. The buzz of the dining room was diminished, but things felt normal for lack of a better descriptor.

After sitting outside at a large table with my partner and a good friend, we watched servers wearing clear or black gloves. Black gloves indicated people who served food and drinks. Clear gloves would, well, clear. They all wore masks, which may have muffled their voices, but not their disposition.

At a casual dinner at National on 17th on another evening, there was optional sanitizer and a large sign explaining its new cleaning and distancing practices. Masked servers encouraged people to view the menu online and would drop off food and drinks at only one point on the table in order to better distance themselves. I was told the staff also police mingling between tables, which I thought was a nice extra measure. Last call came quickly after dinner (9 p.m.) and the dining room was closed by 10 p.m.

Operating at minimal capacity, the space seemed calm all night, but this was a smart choice. I think we can all agree that the later folks can stay and drink, the more relaxed they’ll become in most aspects of their behaviour.

Craft Beer Market’s 10th Avenue location proved the most impressive of all in terms of sanitization. Bathroom doors were propped open so you wouldn’t need to touch them (this was the only place that I saw doing this); one fewer point of contact. Clean tables were all marked “So fresh, so clean. This table has been sanitized.” Then there was the aforementioned sanitizer bottle on the table as well as a digital-only menu and a touchless-pay option that could be completed on your phone without the need of a debit terminal.

Servers around Calgary told me they were nervous to return to work, at first, but once they learned of the new health and safety guidelines and training, they said they felt fine.

Trolley 5 Brewpub was where I saw the most hiccups this week (although I did pop in on Monday, the first day dine-in service was permitted in Calgary). Optional hand sanitizer upon entering and our server was wearing a mask, but it was most jarring to see other guests not respecting physical-distancing measures with each other and with other tables. Though separated by plexiglass, the table beside us had six people sitting as cozy as can be. After an hour or so, a couple members of the party left and two others arrived, hugging everyone and squeezing themselves in.

I do believe most restaurants, small and large, are doing what they can to make their customers feel comfortable, but the wild card in these situations is always going to be your fellow patrons. The ones you do not know.

Servers are already in a stressful situation, so keeping on top of how people are gathering around the restaurant is something that will need to fall on the shoulders of a manager and will need to be mastered quickly to avoid backlash. I am positive we will see many more places and their practices questioned on social media as the weeks go by.

I do want to advocate for you supporting restaurants and bars in your city, but I don’t want to encourage anyone to dine out just yet. It all comes down to comfort levels and there is nothing wrong with takeout. Most places have truly mastered it now. If you think that you are comfortable, but enter a space and suddenly feel unsafe or unsure, it is absolutely okay to turn around. We’re all in this together, as they say, but what we’re each comfortable with can be drastically different.

How to put ‘found money’ generated from pandemic savings to good use
Subscriber content
May 28, 2020 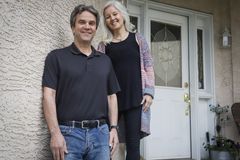 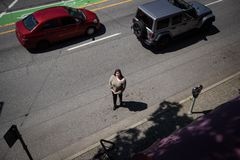 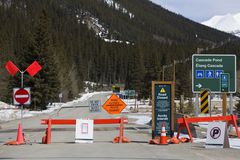