Bri Campbell is the executive chef of Edmonton’s Three Vikings Food + Drink. Having worked in the culinary industry since the age of 14 while growing up in Brooks, Alta., their résumé is a long one, which includes working in Calgary as a pastry chef – after graduating from Southern Alberta Institute of Technology’s Baking and Pastry Arts program – all the way up, literally, to the northern Alberta oil fields preparing thousands of meals a day.

In 2014, the chef went to Edmonton and completed the Red Seal Chef Certification at the Northern Alberta Institute of Technology.

Being a part of the queer community and identifying as non-binary, the chef says that their past work experiences have helped shape who they are today, but those experiences came with plenty of situations involving inequality and mistreatment. (Everyone in this article uses non-gendered pronouns.)

“Leading the kitchen at Three Vikings is one of the first times in my life where I feel 100-per-cent safe where I work and that’s a big deal,” they say. “I want my staff to feel the same. [We] want everybody to feel as safe as possible, there’s an open-door policy here. ... Sometimes it feels like I’m more of a therapist than ‘your head chef’, but to me, that’s a good thing.”

Campbell has been with the contemporary pub concept since last summer and accredits co-owner Stephanie Moore with helping to create a safe space for all people when they walk through the doors, whether they are patrons, staff or otherwise. Campbell initially seemed surprised that they were one of the only non-binary executive chefs in the Prairies, but does agree that lack of diversity in kitchen leadership roles is still very much prevalent.

“As a queer and nonbinary person, I have been told over the years that I don’t fit into that certain ‘mould.’ There are people who don’t want that as the face of their company. That really hits deep for me because it is about the food, not about what a person looks like,” Campbell says. " I’m here to inspire people just to be the best people that they can be. If they put out dope food and can be a dope person, that’s success to me.”

Vancouver chef Kym Nguyen of PiDGiN will be the first non-binary chef to appear on the popular culinary competition series Top Chef Canada. Not surprisingly, they share Campbell’s approach to leading a kitchen when it comes to being an open book and creating a welcoming harbour for staff. Conversation is key to making workers feel comfortable, but the PiDGiN sous chef also says being approachable is very important.

“I am senior in the kitchen, but [I am always] trying to let everyone know that I like to have fun, too, while still getting the job done. I don’t take things too seriously unless I have to and I don’t want anyone feeling scared in our kitchen,” they say.

Being a non-binary chef who is poised for national exposure following the premiere of Top Chef Canada on April 19, Nguyen reflects on how they have dealt with colleagues in terms of better understanding pronoun use and loosening their constructs of gender expectations in and out of the kitchen.

“Everyone is getting there, obviously it’s hard because everyone is taught a certain way and I understand that, but all I can ask is for them to try. It’s important to see that they are trying,” Nguyen says. “It doesn’t matter where you’re from or who you are. It’s just a kitchen and if you can cook, then that’s all that should matter.”

In Calgary, Kevin Learning works as head brewer of the popular Ol’ Beautiful Brewing Co. in the Inglewood neighbourhood. Outside of concocting interesting craft beers day in and day out, they are actively working toward making the province’s brewing community more inclusive for women, members of the queer community and BIPOC people. They are currently working with the diversity committee of the Alberta Small Brewers Association, which is getting various BIPOC scholarship and internship programs in place.

Learning wants more people to get experience. “The brewing industry is very much ‘who you know’ more than anything and sure, school is great, but it’s not going to help you that much if you don’t really know anybody in the brewery community,” they say.

The Ol’ Beautiful brewer recently embraced their non-binary gender-identity and as a manager, encourages the hiring of a diverse staff from all of the gender spectrum and cultural backgrounds. As an active drag performer in the city as well, Learning has helped turn Ol’ Beautiful into a recognizable safe space for people in the LGBTQ2+ community with various fundraiser endeavours and Pride events, but also leading with an open mind in day-to-day operations.

“Years ago, when I first started in the brewing industry in Surrey, I very much kept to myself and did not feel comfortable talking about my personal life. That changed a lot over the time, especially [feeling secure in that fact] that I am really good at brewing.”

Rainbow stickers on the doors of small businesses in most major cities are a dime a dozen, but they don’t always mean that a business is operating as a safe space. For any business owner, the importance of understanding gender fluidity and gender definitions has never been more important.

Sometimes all it takes is a quick internet search.

“It seems like such an obvious answer, but people don’t always think of it,” Learning says. “It’s easier to take a bit of your own time to find answers to gender-related questions to somebody than maybe making things uncomfortable with someone who might already be feeling uncomfortable in the workplace.” 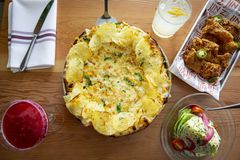 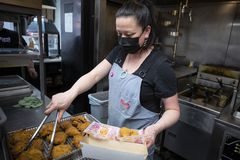 Hotels in Western Canada aim to entice locals to compensate for lack of visitors
February 20, 2021 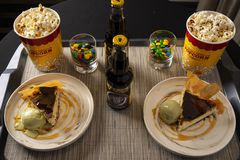 Follow Dan Clapson on Twitter @dansgoodside
Report an error Editorial code of conduct
Due to technical reasons, we have temporarily removed commenting from our articles. We hope to have this fixed soon. Thank you for your patience. If you are looking to give feedback on our new site, please send it along to feedback@globeandmail.com. If you want to write a letter to the editor, please forward to letters@globeandmail.com.
Comments are closed