Alberta’s two election front-runners have renewed their calls for Ottawa to jettison or significantly rewrite two pieces of federal legislation, which they warn put the province’s energy industry at risk and threaten national unity.

Premier Rachel Notley, who is also running in the provincial election as the NDP’s Leader, told a Senate committee on Tuesday that Bill C-48, often called the oil-tanker ban, should be tossed “in the garbage.” Later in the day, addressing a protest rally, United Conservative Party Leader Jason Kenney threatened that Alberta would start a constitutional challenge of Bill C-69, which rewrites many of Canada’s industrial regulations, if he’s elected premier.

Ms. Notley has asked for a substantial revision of Bill C-69. “At the end of the day, what we need to do is make sure that these bills do not pass in anything like their current form. They will hurt the industry, they will stifle investment, and we definitely don’t need that in Alberta,” she told reporters after speaking to the committee in Ottawa via video conference.

Each Alberta leader on Tuesday accused the other of grandstanding and not having what it takes to get Ottawa to change directions on the two pieces of legislation.

The two bills have become an emotional issue in Alberta’s campaign and have become the focus of anger as the province’s economic recovery has seemed to falter in recent months. Comparisons, by Mr. Kenney and many of his supporters, have been made between the legislation and the impact of the 1980s National Energy Program introduced by then-prime minister Pierre Trudeau.

Mr. Kenney spoke to a crowd of protesters outside a Calgary hotel where a Senate committee was meeting to hear testimony about Bill C-69. A different Senate committee looking at Bill C-48 has not scheduled any stops in Alberta. The UCP Leader said it was a provocative act for the Senate committee to meet in downtown Calgary, in the heart of Canada’s energy industry, and discuss Bill C-69 a week before Albertans vote.

“We will not accept this attack on our prosperity,” Mr. Kenney said through a megaphone to chants of “Kill the bill” as he stood in the open door of a blue pickup truck that has been a symbol of his campaign. "This is a body-blow to Alberta’s economy and we will not let it stand.”

Mr. Kenney has also threatened to mount a constitutional challenge to the federal carbon tax if he’s elected premier on April 16. He’s also said his cabinet, in one of its first acts, would pass rules enabling the province to cut off oil and gas supplies to B.C., a move aimed at protests against Alberta’s energy sector from the Lower Mainland.

“Our message to Justin Trudeau is that we, Albertans, are determined to be the masters of our own homes,” Mr. Kenney told journalists later on Tuesday. He said Bill C-69 would require a “complete rewrite” to be acceptable to Alberta. Both leaders have called for C-48 to be canned.

Ms. Notley told members of the Senate committee that Bill C-48, which bans tanker traffic off B.C.’s northern coast, creates a national double standard because tankers would not face similar restrictions in the St. Lawrence River.

Paula Simons, an independent Senator representing Alberta, said a number of Liberal, Conservative and independent senators have expressed an interest in amending the two pieces of legislation and sending them back to the House of Commons.

“What we’re hearing is that people on the government side understand that there are certain flaws in Bill C-69 and they are more open to an amendment than I might have thought,” she said, adding she would not be voting for Bill C-69 unless it is substantially amended. 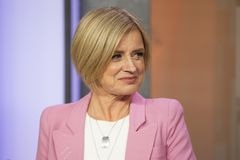 Jason Kenney says Alberta is ‘under siege.’ But will voters believe he’s on their side?
April 10, 2019 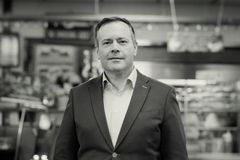 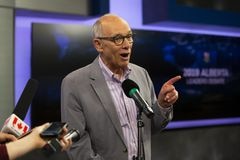