Some of Alberta’s largest petroleum producers have been increasing their attacks on the provincial government’s decision to curtail oil sands output ahead of an election campaign in which management of the energy industry will be a significant issue.

Producers such as Imperial Oil and Suncor, which had been opposed to the policy from the beginning, have recently used earnings calls with investors to condemn the cuts as an ill-informed policy rife with unintended consequences. Canadian Natural Resources Ltd. (CNRL), a supporter of the overall policy, briefly threatened to shut down a pipeline until the limits were increased.

But it’s unclear whether the dispute with the industry will hurt the New Democrats, who have argued curtailment was a last-resort response to an economic crisis. The policy initially had broad approval from the Opposition and quickly achieved its intended effect of boosting prices for Alberta crude. It also has its supporters in the industry, notably Cenovus Energy.

Duane Bratt, who teaches political science at Mount Royal University, said the response from the oil sector has been predictable.

“To say that [Premier Rachel] Notley would be upset because there are oil companies opposed to what she’s doing – that’s been common with the NDP for a very long period of time,” Mr. Bratt said in an interview.

“It never hurts any political party to have the CEO of the largest oil companies criticizing you.”

The policy immediately revealed a rift within the industry, largely a split between upstream producers such as Cenovus and CNRL and integrated companies whose refineries benefited from the low prices.

The United Conservative Party has attempted to seize on that discord, suggesting the government has mismanaged the file. However, the party has not backed away from its initial support for curtailment or said what a UCP government would do differently.

Mr. Bratt said the UCP’s initial support for curtailment will make it difficult to turn it into an election issue on its own.

“It unifies the parties, and even if there are nuances in between the percentages and how much they should have, those will be lost on most voters,” he said.

The most blunt assessment came from Imperial Oil CEO Rich Kruger, who told investors earlier this month that the company would stop shipping oil by rail and accused the province of “picking winners and losers.”

Suncor Energy Inc. followed suit, with CEO Steve Williams using an earnings call to argue the policy was doing the opposite of what the government intended. Husky Energy has been another consistent critic.

Mr. Kruger insisted he was not wading into politics.

“I’m not political, I’m all about business,” Mr. Kruger told reporters before an industry event last week. “What you’ll find about Imperial Oil is that we’ll have the same things to say to whoever we’re talking to. If you want to call that politics, you can, but that’s certainly not the intent.”

Ms. Notley has previously brushed aside criticism from the industry and pointed out that some producers had endorsed the policy.

"We knew at the very outset that it was a big decision, it was a bold decision and it was a difficult one, because not everyone agreed,” the Premier said at an event in late January.

Ms. Notley, who has announced a plan for the government to purchase its own rail cars, also acknowledged that the differential would need to widen to ensure rail shipments are profitable.

Cenovus CEO Alex Pourbaix said the curtailment policy has already improved the company’s performance following a year of losses and suggested the concerns about rail shipments were overblown.

Mr. Pourbaix said he avoids weighing in on politics and noted both the NDP and UCP have policies that the industry should be able to work with.

“We'll see how the election goes and who's running the province, but given the fact that they were both pretty aligned on this issue, I don’t imagine that there's a lot of daylight between them,” Mr. Pourbaix said in an interview.

UCP Leader Jason Kenney had advocated for a curtailment of 10 per cent – steeper than what the NDP imposed.

The party’s energy critic Prasad Panda criticized changes to how companies’ production limits were calculated. He has also argued the policy wouldn’t have been needed if the NDP government was more effective in securing additional pipeline access. 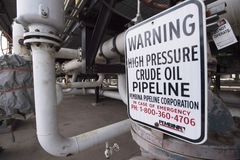 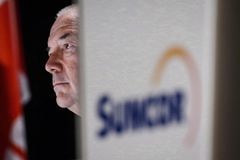 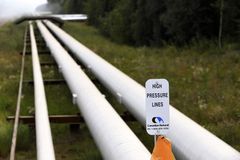