Nahima Mohamed is pulling green onions out of a garden in the corner of a canola field northeast of Calgary. Mohamed Eldaher, her husband, is a few vegetable rows away, chatting with a stranger about the virtues of the soil.

Their five kids squirrel around, alternating between helping harvest and playing in the rusty trailer the family uses to haul produce. Their hands are stained burgundy from pulling beets, caked with dirt from work and play.

They arrived in Calgary about four years ago and, three days into their lives in Canada, started experimenting with growing in their new backyard.

Now, they tend to six acres, have expansion aspirations, and produce enough vegetables to make regular donations to the Calgary Food Bank.

The family relied on community organizations when they first arrived in Canada, before their nameless vegetable business took off. “Now I’m ready to help,” Mr. Eldaher says.

Ms. Mohamed and Mr. Eldaher delivered 317 kilograms of beets and green onions to the food bank after their mid-September picking.

Over the last four years, the family has donated 952 kilograms worth of fresh produce, according to Shawna Ogston, a spokeswoman for the charity.

“We don’t get a lot of fresh donations,” she says, even though fruits and vegetables make up 40 per cent of each hamper the organization assembles. The food bank usually purchases the fresh food, making the family’s gifts particularly valuable.

Calgary Food Bank distributed 6,300 hampers in March, up 6 per cent from the same month in 2019, when economic activity slowed because of the coronavirus. Distributions stabilized at around 4,000 to 5,000 hampers a month over the summer. The food bank handed over 5,300 hampers in September, 2019, and Ms. Ogston suspects this year’s tally will be higher.

Mr. Eldaher began posting photos on social media of their backyard stuffed with vegetables about three or four months after the family arrived in Canada. The pictures spread online and, eventually, local media picked up the story of the Syrian green thumbs.

A Canadian-born landowner, with ties to Lebanon and Syria, then contacted the man who translated for the family in the interviews, offering them a corner of a field provided they donate some of their crop to those in need.

The family had to work the earth to make it suitable for vegetables, rather than grain. Ms. Mohamed and Mr. Eldaher experimented with different plants, adjusting to their new customers' tastes and a different climate. This land, Mr. Eldaher says, is so rich, in part because the growing season is only about four months, compared with eight in their native country. Prairie summers mean more hours of daylight, too. In Syria, they picked zucchinis every three days. In Alberta, zucchinis grow so fast they have to harvest them every day, Mr. Eldaher says.

The family started small in Canada, with about two acres, and grew each year. Customers come to them, in the field. They bring their kids, who play with the farmers' children -- Aisha, Rabih, Abir, Munzer and Hayel -- while the adults shop. Visitors can pick their own fava beans or have the family gather the goods. Ms. Mohamed and Mr. Eldaher keep thing simple: Most produce costs $5 a kilogram. Parsley is $2 a bunch. Beets are 50 cents.

“This year, it was wonderful,” Mr. Eldaher says, estimating that they grew between 6,800 and 9,100 kilograms of food. The farmers received a permit for a greenhouse last year and hope to expand to seven. “That means big business.”

Sam Nammoura is the co-founder of the Calgary Immigrant Support Society, which was previously known as the Syrian Refugee Support Group, and the translator who connected the family with the landowner. People in their immigrant community doubted Ms. Mohamed and Mr. Eldaher as they focused on starting their business, Mr. Nammoura says. They didn’t take Mr. Eldaher seriously as he raved about the soil’s potential. They thought he was wasting his time in the field when he should have been refining his English skills in the classroom. The family plowed ahead.

And while Mr. Eldaher is, for English-speakers, the public face of the business, Mr. Nammoura says Ms. Mohamed deserves equal credit, calling her the driving force behind the project and praising her strong business skills.

“This woman is the reason No. 1 why this project is a success,” he says. “She’s the one who really fine-tuned everything.” 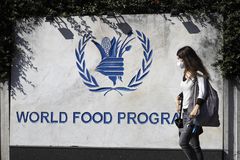 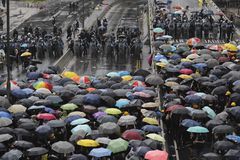 Canadian girl stuck in Syria allowed to leave country, will be reunited with family
October 5, 2020 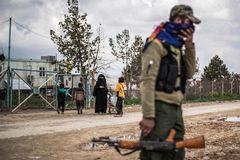