Within a few weeks many of the shops on Main Street in the Manitoba city of Steinbach will be allowed to open their doors on Sundays for the first time within living memory, as the province scraps one of Canada’s last laws prohibiting Sunday shopping.

The southern Manitoba city, with roughly 16,000 people, is one of the largest Canadian communities left where “Closed on Sunday” signs are still the norm. While the province’s two larger cities passed bylaws allowing Sunday shopping years ago, Steinbach’s municipal officials have left in place a decades-old provincial law requiring most businesses to close on Sundays.

Following an election campaign in which Premier Brian Pallister promised to make shopping easier, his re-elected Progressive Conservatives tabled legislation in late 2019 relaxing restrictions on holiday hours and Sundays. Once the bill is approved, expected before the end of April, communities will need to allow businesses to open on Sundays by default. Officials in Steinbach say the conservative community won’t pass a bylaw as allowed under the new legislation to keep restrictions in place. Businesses now need to prepare for Sunday shopping.

“We’re perfectly comfortable with the status quo under the previous legislation, but we don’t want to go the route of creating our own bylaw and enforcing it. The city has always followed the default setting from the province,” said deputy mayor Michael Zwaagstra. The new law would shift enforcement of Sunday prohibitions from the province to municipalities who choose to go forward with restrictive bylaws.

Main Street has been empty on Sundays for as long as anyone can remember in Steinbach. Some small businesses are allowed to open, including a video rental store and a coffeehouse that sees an influx of patrons at the end of service in each of the community’s large churches. However, pharmacies, supermarkets and department stores are closed all day.

“It’s a ghost town. I’ll come to work and no one is on the street,” said Robin Penner, a barista at the downtown café. She said she looks forward to grocery shopping on Sunday under the new law. Some corner stores are open on Sunday, but the prices are too high, she said. “A lot of people go to Winnipeg for shopping,” added Ms. Penner. The provincial capital is about a one-hour drive northwest.

Sunday shopping prohibitions were once standard from Halifax to Vancouver, but most of those laws have fallen over the past four decades. Court decisions have struck down Lord’s Day laws, including a 1985 Supreme Court ruling that found many of the laws violated freedom of religion. Other provinces maintained Sunday prohibitions on non-religious grounds, but scrapped or relaxed restrictions in the face of public pressure.

Manitoba’s new law will bring the province into line with the rest of Canada, said Michael LeBlanc, the senior retail adviser with the Retail Council of Canada. “They are an outlier in Canada from the legislative perspective, with the province setting the law like it had,” he said.

According to Mr. LeBlanc, most jurisdictions now let retailers decide if they want to be open. The spread of online shopping as well as fast deliveries has only added to the push for longer hours on more days. “It’s hard to imagine going back,” he said of a ban on Sunday shopping.

Doing away with Manitoba’s law is all about consumer freedom and allowing stores to compete with online retailers, according to Andrea Slobodian, the spokeswoman for the ministers of finance, central services and infrastructure. “It’s time to modernize our outdated and complicated shopping laws. Manitoba is currently the only Western province that restricts retail businesses from operating on Sundays and holidays."

The change on Sunday shopping is divisive in Steinbach and locals are reluctant to discuss it. Shop owners and locals in the city approached by The Globe and Mail acknowledge the situation is at odds with the rest of the country, but declined to comment, not wanting to bring attention to the town. Former mayors and legislators declined requests to discuss the situation. Current Mayor Earl Funk did not respond to repeated requests to comment over five months. Asked about the looming change, the owner of a small bookstore ordered a reporter to leave her property immediately and not return.

Another shop owner, Evangeline Loewen, said she was surprised anyone would want to shop on Sunday. “Are you on some crusade across the country to get cities to allow Sunday shopping?” she asked.

Ms. Loewen said she has reduced hours at her downtown flower shop on Saturday because people in Steinbach don’t really like to shop over the weekend. “I don’t really think we’d do a lot of business on Sunday because the whole town is geared this way, it just shuts down. We just do our business here in the six days and that’s about it,” she said.

The small city is the economic hub for southeastern Manitoba, with a number of large grocery stores and megachurches on the edge of Steinbach serving the rural and farming communities around it. The city’s conservative politics run deep. Following decades of prohibition, Steinbach first allowed liquor to be served in the city in the early 2000s and the first liquor store opened in 2009. Residents voted in late 2018 to ban the opening of any retail cannabis stores in the community.

The local chamber of commerce has advocated for Sunday shopping a few times over the past couple of decades, but the support has been lukewarm and it’s never been a big issue, according to outgoing president Tim Schmitt.

“We’ve asked our members a few times over the previous years in surveys if they want to be open on Sunday and the resounding response has been that they do not; that explains why the chamber has not publicly lobbied city council,” said Mr. Schmitt, who operates a promotions business and is closed on Sundays.

“There are groups that have felt this is important and others who feel we should protect the status quo,” he added.

Harry and Meghan’s new Victorian life: How Vancouver Islanders are getting along with their royal neighbours
February 5, 2020 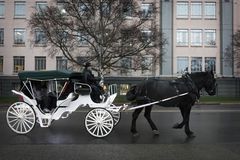 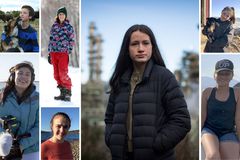 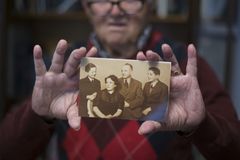