Wood Buffalo National Park – a UNESCO World Heritage Site – is to receive nearly $60-million over the next three years to deal with threats from hydro and oil sands development and climate change.

“This funding will allow us to move forward with a whole bunch of things.”

Chief Peter Powder of the Mikisew Cree, the First Nation near the park that has been raising concerns about it for years, said he hopes the funding will accompany plans for Indigenous co-management.

“Abundant, healthy water and good governance of water combined with Indigenous-led monitoring are what determines if the park is on the right path,” he said.

The government’s plans are in a report released Monday to UNESCO detailing Canada’s efforts to address the agency’s concern about the park, one of the world’s largest freshwater deltas and home to millions of birds, including endangered whooping cranes.

UNESCO has said the park’s status could be endangered because of impacts from hydro development in British Columbia and dozens of oil sands projects in Alberta. A 2017 report said 15 of 17 ecological benchmarks were deteriorating in the park.

Mr. Wilkinson said the funding will focus on water management and monitoring, with the help of First Nations. Because the area is drying up, Indigenous people have been unable to follow their cultural practices.

“We are thinking about how to manage that in a way that there are appropriate flows of water within the park,” he said. “It would relate to ensuring Indigenous people are able to get to their traditional grounds.”

Weirs or other control measures could be considered.

Climate change and human activity have altered the park’s environment such that it won’t go back to the way it was generations ago, Mr. Wilkinson said.

“What we are trying do, as best as we can, is look at how we can adapt to some of the impending impacts of climate change. We shouldn’t fool ourselves that we’re going to completely forestall some of those impacts.”

Mr. Willkinson said his department continues to investigate the source of oil sands tailings pond water, which was recently found by another international group to have leached into tributary rivers upstream of the delta.

“The value of the science that has been developed is to be able to actually pinpoint where releases are coming from. If they are not naturally occurring, then we pinpoint who is responsible.”

The Alberta government is assessing the risk tailings ponds pose to the park, either through leaching or dam failure, he said.

All environmental monitoring that was suspended over the summer because of COVID-19 concerns has resumed, Mr. Wilkinson said.

In a release, Mikisew said its priorities are water management infrastructure and a role in decision-making.

“While funding is critical, no one should lose sight of the fact funding must come with a clear timetable for taking actions and it must be combined with real commitments from all jurisdictions to fix the problems facing the Peace Athabasca Delta,” said spokeswoman Melody Lepine.

Gillian Chow-Fraser of the Canadian Parks and Wilderness Society said news of the funding was “like a nice little Christmas present.”

She acknowledged the federal Liberals have made progress addressing many of the concerns raised by UNESCO, but added things should have moved faster. She said Alberta has made little progress on its threat assessment. 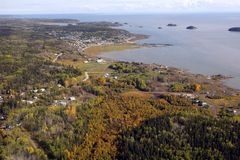 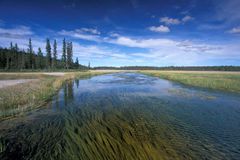 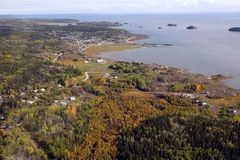