Lauren Krugel
CALGARY
The Canadian Press
Published May 24, 2021 Updated May 24, 2021
For Subscribers
Comments
Text Size
Please log in to listen to this story. Also available in French and Mandarin. Log In Create Free Account

Alberta’s two big cities will get new mayors this fall and voters will choose whether to build on the progressive legacies of Calgary’s Naheed Nenshi and Edmonton’s Don Iveson or swing toward a more conservative vision.

Both outgoing leaders have championed major transit investment, pushed for greater social inclusion and tackled other complex issues, all while navigating a crushing energy downturn, the COVID-19 pandemic and an often adversarial relationship with the provincial United Conservative government.

Mr. Nenshi, 49, says it’s time for fresh leadership ahead of what he believes will be the most important civic election in a generation. The mayor’s chair and at least half city council’s seats will have no incumbent when ballots are cast Oct. 18.

Mr. Nenshi, then a little-known academic, pulled off a long-shot win against two establishment candidates in 2010 to become the first Muslim mayor of a big North American city. His victory drew national and international attention.

He rues that a bid for the 2026 Winter Olympics never came to fruition and admits he could have made a stronger case to Calgarians and managed relations on the file better with federal Liberal and provincial NDP governments “who didn’t do the job that I would have expected of them.”

Mr. Nenshi says he’s hoping to tie up loose ends, including a path forward for a multibillion-dollar light rail expansion, so that there’s just “wet concrete” left for his successor to mark.

He doesn’t expect he’ll endorse a candidate and says he hasn’t been “blown away” by any who have announced so far. But he won’t “sit down and shut up either” if mistruths emerge during the campaign.

Mr. Iveson, 41, served two terms on council before taking the mayor’s seat in Alberta’s capital in 2013.

“We see toxic polarization, particularly at the provincial level, and so much noise at the federal level,” he says.

“But I think city hall is one of the last places where community can come together, appreciate the complexity of the issues our societies face on a ground level.”

“You used to hear a lot of apologizing for Edmonton and I don’t hear that anymore,” he says. “I think fundamentally what you project out into the world is a lot of what gets perceived and I think a lot of Edmontonians’ confidence in this place has risen.”

Mr. Iveson laments he is leaving one big piece of unfinished business.

“The heartbreaker is being in Year 13 of our 10-year plan to end homelessness,” he says, citing an absence of provincial support.

Political scientist Chaldeans Mensah at Edmonton’s MacEwan University says there’s some appetite for a “clean break” from the Iveson years and a greater focus on fiscal restraint and core city services.

He says that more conservative bent is most embodied by candidate Councillor Mike Nickel.

“He represents a clear opposing vision and that I think will make him a very formidable candidate.”

On the more progressive side is former federal Liberal cabinet minister and one-time Edmonton city councillor Amarjeet Sohi, who joined the race last week. He has solid credentials and name recognition, but his association with Prime Minister Justin Trudeau might be a turnoff for some, Mr. Mensah said.

In Calgary, councillors Jyoti Gondek, Jeromy Farkas and Jeff Davison are running, as well as some businessmen.

Lori Williams, a political scientist at Calgary’s Mount Royal University, says no one has emerged yet who can fill the void Mr. Nenshi will leave.

“Love or hate him, he was a very good spokesperson for Calgary’s image, for its interests.”

Mr. Nenshi insists he hasn’t decided his next move, but it won’t be a federal run.

“It’s very uncomfortable, but it’s also very exhilarating,” he says. “And I’m also told that there are 10 years of very good TV I need to catch up on. Game of Thrones – something like that? – is supposed to be good.”

Mr. Iveson says he also doesn’t know what comes next.

“I know I’m going to need to work. There’s no early retirement in my future here.

“I love … bringing people together to work on problems that most people think are impossible.”

Toronto and Montreal mayors place bet on outcome of Maple Leafs-Canadiens playoff
May 19, 2021 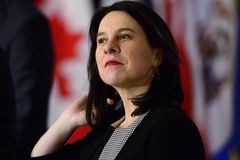 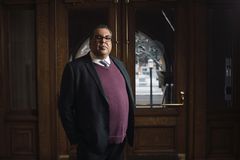