The Alberta government is ramping up its opposition to the federal carbon tax, which kicks in on Wednesday, as a new poll suggests a greater number of Canadians want Ottawa to make the environment, rather than the economy, its top priority.

Albertans will pay the tax on gasoline and home heating fuels starting New Year’s Day, as the federal government imposes its own tax to replace the one repealed by Premier Jason Kenney and his United Conservative Party government last spring.

Justice Minister Doug Schweitzer held a photo-op at a truck-stop gas station in Calgary on Tuesday as he vowed to continue doing everything in the province’s power to oppose the tax. That fight has largely focused on a series of continuing court challenges.

“We have the ability to regulate greenhouse gas emissions; it’s within our provincial scope,” he said in an interview. “The federal government right now is effectively trying to expand their mandate within our Constitution.”

Appeal courts in Ontario and Saskatchewan have already upheld the federal carbon pricing system with split rulings. Alberta argued its case at the province’s Court of Appeal in mid-December and is awaiting the decision, and all three are expected to end up at the Supreme Court of Canada in March.

The federal government has argued that establishing national minimum standards for carbon pricing is essential to tackling the existential threat of climate change. It has also said carbon tax rebates will leave most Canadians with more money than they pay through the levy.

A report from the Parliamentary Budget Officer and research from several economists have backed up the federal government’s position on the rebates, although Mr. Schweitzer rejected the claim that most Albertans will be better off under the federal carbon tax.

“It is the broader economic impact,” he said. “I don’t think a carbon tax is going to be the way for us to get job creation going in Alberta.”

The Justice Minister cited a report released by his government in the fall that found the previous provincial government’s carbon tax would result in roughly 10,000 fewer jobs by 2030.

The same report concluded that both the previous provincial tax and the federal tax would have a substantial impact on emissions with only a slight drag to the province’s economy. For example, the report concluded the federal carbon plan would cut GPD growth by 0.055 per cent a year, while also heading off $2.2-billion in economic damage related to climate change.

A Nanos Research poll conducted for The Globe and Mail suggests growing support for a national response to greenhouse gas emissions and climate change.

Fifty-eight per cent of respondents said it would be unacceptable for a province to opt out of the national climate change plan. In the Prairies, that number was 50 per cent.

“It’s pretty clear that the environment is not just a top-of-mind issue, but people want action on this," pollster Nik Nanos said.

"Setting aside some of the naysayers, specifically in Alberta and Saskatchewan, who are looking to diminish that particular issue, the fact of the matter is there’s no fatigue right now in engaging on the environment. Canadians want to see action on that.”

Federal Environment Minister Jonathan Wilkinson said the Alberta government’s claims around rebates are simply not true. He said the province should tone down the rhetoric and instead work with the federal government to put a price on emissions.

“We need to have a comprehensive and thoughtful approach to addressing climate change,” Mr. Wilkinson said in an interview.

“If the government of Alberta is saying that somehow this is an affordability issue, then they need to go back and look at the way in which the price on pollution works.”

The federal government recently announced it would accept Alberta’s industrial carbon tax and not impose the federal system on industrial emitters. The Alberta government is using some of the revenue from the tax to fund research into emissions-reducing technology.

The Nanos survey was conducted from Dec. 22 to Dec. 29 and questioned 1,010 respondents, giving the poll a margin of error of 3.1 percentage points 19 times out of 20. 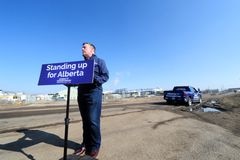 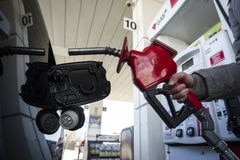