Thirteen Albertans died of COVID-19 on the first Sunday in October, another tragic but routine day during the fourth wave of the pandemic on the Prairies. A surge of infections in recent months has overwhelmed hospitals in Alberta and Saskatchewan, while also leaving those two provinces with the highest death rates of any other province.

One of the people who died on Oct. 3 was Jim Culham, an 85-year-old pastor from Castor, Alta., a small community located about a three-hour drive northeast of Calgary. A former missionary, social worker and hospital chaplain who married a nurse, he was well known and well liked in Castor with a reputation as caring, funny and gregarious.

“You talk about statistics and say, ‘So many people died today in Alberta.’ And then we realized that one of them was our dad,” said Jim’s son, Rod Culham, who lives in London, Ont., and was in Castor last week for his father’s funeral.

“He’s one of those numbers. And behind the other numbers, there are families. There are people who are hurting.”

The recent swell of COVID-19 infections has proven more deadly than the third wave in the spring in Alberta and Saskatchewan, where the recent per capita fatality rates are more than three times the national figure and more than seven times higher than in Ontario.

Alberta alone accounts for more than a third of all deaths in Canada in the past two weeks, despite having just over 10 per cent of the population. More than 450 people in the province have died of COVID-19 since Sept. 1 and the virus is now killing about 100 people a week.

Experts and health officials have blamed the more-contagious Delta variant and comparatively low vaccination coverage on the Prairies, particularly in rural areas, for the high infection rates – and accompanying hospital admissions and deaths. The vast majority of the people who have died in recent months, including Jim Culham, have been unvaccinated.

Both provinces dropped most public-health restrictions over the summer based on a failed theory that infections would become “decoupled” from severe outcomes. They have since had the highest infection, hospital and intensive-care unit admission rates, and fatality rates in the country during the fourth wave, after having been COVID-19 hot spots at earlier points during the pandemic, as well.

Alberta Premier Jason Kenney and Saskatchewan Premier Scott Moe spent weeks in August and early September resisting imposing additional public-health measures as infections soared and ICUs filled up, forcing widespread surgery cancellations as the death toll in both provinces mounted. They both continue to reject widespread shutdowns to get a handle on the virus, but are implementing vaccine passports despite previously ruling out the idea while also putting in place other measures such as mandatory masking.

The premiers have blamed unvaccinated people for the situation in their provinces. Mr. Kenney has argued people who have refused to be vaccinated wouldn’t follow increased public-health rules, while Mr. Moe has repeatedly said that boosting vaccination uptake is the only thing that will work.

“What we continue to do is ask, and make life increasingly uncomfortable for those that have not yet been vaccinated, as they ultimately are the people that are predominately ending up in our hospitals,” Mr. Moe said recently.

Eric Sy, an intensivist at Regina General Hospital, said vaccines alone cannot tame the fourth wave of COVID-19, which is expected to stretch into November. Other measures, such as masking, improved ventilation and enforcement of vaccine passports, must be part of the mix, he said.

“On the outside, it appears that everything is functioning fairly normally,” he said, referring to the province’s hospitals. “The health care system is very stretched right now.”

In Castor and the surrounding area, about 56 per cent of the population has had at least one dose of a vaccine – not the lowest rate in Alberta, but far below the province’s overall rate of 72 per cent. Not coincidentally, the area has relatively high infection rates, with about 1,250 active cases per 100,000 people, or about 1 in 80 people currently sick. That’s three times the provincial rate and about five times higher than in Calgary and Edmonton.

Jim Culham became sick in the last week of September and went to the local hospital. He was transferred to a larger facility in Red Deer, where he died several days later.

His children blame his decision not to get vaccinated on a mix of politics, religion and the influence of his social circle in a small community where many are hostile to the COVID-19 vaccines. He was smart, well read and in every other context appeared to trust the medical community, his children said, but he had become skeptical of government imposing vaccines and he shared anti-vaccine content on social media.

His daughter, Trudy Ballard, said it was as if her father had become two people – the loving dad and grandfather she knew in person and the “anti-vaxxer” she saw online. She had repeatedly urged him to get vaccinated, which she told him would make it easier to see his grandchildren, but he held firm.

“I was pretty crushed; I really thought he would answer differently,” Ms. Ballard said. “That conversation with dad was really hard.”

Ms. Ballard and her brother believe their father would still be alive if he had received the vaccine. They hope speaking publicly about his death will help persuade skeptics in Castor and elsewhere to get vaccinated.

Editor’s note: A previous version of this story said Alberta has less than 10 per cent of the country’s population. In fact, the province has just over 10 per cent. 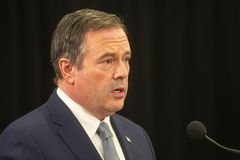 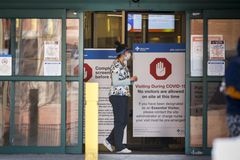 Military to ‘be in position’ Monday to decide where to deploy nurses in Alberta
October 3, 2021 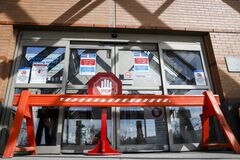