David Howard’s lasting memory of his late grandfather is a broken man sitting in his underwear holding a bottle of Scotch.

Mr. Howard’s grandfather was an alcoholic. He abused family members. He was also a Second World War veteran suffering from shell shock – now recognized as post-traumatic stress – and apologized for his actions before he died.

The ugly image of his grandfather is why he is now standing in a construction site in Calgary’s southeast, surrounded by unfinished tiny houses. By October, 15 homeless veterans will each be assigned their own home – 300 square feet to call their own. Every home will have a full bathroom, skylight and a deck. Queen-size Murphy beds will flip down in the living room, over the couch. The kitchen backsplashes will be stylish, the TV screens flat. Art will hang on the walls and food will fill the cupboards when residents move in. A welcome basket will be waiting.

This is the Homes for Heroes Foundation’s first project, and Mr. Howard, a concert promoter, is one of its early and determined supporters. It is designed to help struggling veterans, police officers and first responders transition from living rough to living on their own.

The charity estimates 3,500 veterans are living on the streets in Canada. Of those, about 180 are in Calgary.

“They want to be contributing members of society,” Mr. Howard says. “We can fix this.”

Residents here will have something his grandfather didn’t: help. This is a support network as much as it is a housing project. An official from Veterans Affairs will be here every other week to meet with residents. A full-time counsellor will work here, helping residents address addictions, trauma and other health issues. The counsellor will also help residents navigate government programs, secure and keep jobs, and find permanent homes.

Indeed, these tiny homes won’t be forever homes. Residents will eventually pay rent – likely $500 to $700 a month – based on income. Organizers say residents should be capable of making it on their own after about two years. But there is no deadline; residents will progress at their own pace. When one leaves, a new one will move in.

Organizers believe it is the first project in Canada to combine transitional housing with built-in social support. Homes for Heroes has secured land in Edmonton for its next project and expects Ontario to select three cities to follow suit. The group is in talks with Winnipeg and Halifax, too.

The villages will pay tribute to the Canadian Forces’ history by naming each home after someone who has served. Each will come with a plaque detailing that solider’s story. Captain Nichola Goddard, the first Canadian female combat solider killed in action, will be among those honoured in Calgary. She was killed in Afghanistan.

Tim Goddard, her father, will be in Calgary for the official opening of this village. He hopes the plaque does two things: provide a sense of kinship and support from a fellow solider to the home’s resident and teach civilians that Captain Goddard’s contribution to Canada should not be overshadowed by her gender.

“She always looked after her men, after her crew,” Mr. Goddard says. “She wanted to do combat arms and she wanted to do artillery. And she made that happen by hard work and by being good at what she did."

In Calgary, Homes For Heroes teamed up with the Mustard Seed, an organization that works to reduce poverty and homelessness through shelters and services. The Mustard Seed is reviewing prospective tenants for the homes, which ATCO, one of the foundation’s corporate supporters, is building.

A cluster of 20 tiny homes costs about $5-million to build, according to the foundation, which employs a fundraiser who is also a vet.

The city sold the three lots in Calgary’s Forest Lawn neighbourhood to Homes for Heroes for $360,000, Mr. Howard says. (The appraised value, he says, was $1.4-million and the discount is part of Calgary’s support for the charity).

Kathy Schwarz lives a street away from the village and is among the local residents cheering for their future neighbours rather than fretting about social housing bringing down the area. The new homes are improving the block by replacing two boarded up houses, she says, and providing a lifeline for folks in tough times.

“They should have done that a long time ago,” she says on her front steps. “They are people, too. They need a place to call home.”

And the village is not just for its 15 residents. It is for the community. The tenants may, for example, help shovel sidewalks. There will be a small park with a garden, where organizers hope residents will pull weeds, chat with neighbours and make friends. Children will come here on field trips to learn about fallen soldiers and those still standing. The village will remind folks that veterans are not just 95-year-old men who served in the Second World War. Canada’s veterans are more likely to be 30-something than 90-something. As vets work to reintegrate into the world beyond the barracks, civilians can learn from them.

“It takes a community to build a village,” Mr. Howard says. 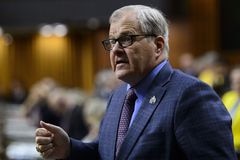 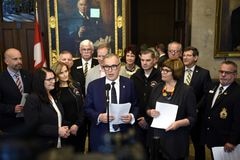