Governments across the country are imposing fire bans and other measures to reduce the risk of wildfires and protect crews during the COVID-19 pandemic.

Alberta announced a fire ban Tuesday that covers most of the province, as well as restrictions on off-road vehicle use, the hiring of more firefighters and more money for prevention programs such as FireSmart. Ontario previously announced a ban on outdoor fires through its entire fire region, while British Columbia is banning fires larger than an average campfire and is changing its training program to prevent the spread of coronavirus among recruits.

Kim Connors, executive director of the Canadian Interagency Forest Fire Centre, said most provinces have introduced total fire bans, or are considering it for the approaching fire season.

“It’s unprecedented times," he said. “I know every fire agency in Canada and ourselves included have set special teams in place to review and study these things. We’ve dropped a lot of other work to focus on fire suppression and preparedness in a COVID-19 environment.”

He said provinces are communicating with each other and international agencies for best practices. Physical distancing measures have also brought forward the question of how to house firefighters and how to transport them when travelling to regions that require assistance.

Devin Dreeshen, Alberta’s Minister of Agriculture and Forestry, said Alberta will spend an extra $20-million for FireSmart to support vegetation management in the province to reduce wildfire risk and another $5-million to hire and train an additional 200 firefighters. In total, more than 1,100 staff will be working on suppressing wildfires in Alberta this season.

"This is a time like no other. Emergency and social resources at the provincial and municipal levels are already taxed by the COVID-19 response, we don’t need the added burden of a human-caused wildfire this year,” Mr. Dreeshen said. “Once it is safe to lift these restrictions, we will.”

Mr. Dreeshan said that 71 per cent of last year’s fires were caused by humans. Two million acres of forest was burned and $600-million was spent to fight fires. Last year, Alberta had the second-highest number of fires among provinces, behind British Columbia.

He said the government isn’t imposing a provincewide ban because that would prevent essential fires such as agriculture burning.

“We have taken this preventative measure now to lower the demand on our fire emergency response system by reducing the risk of preventable human-caused fires,” the Ministry of Natural Resources and Forestry said in an e-mail.

“The ministry will continue with required training of firefighters and seasonal staff to help maintain our capacity to respond to wildland fires, all while ensuring the safety of staff and personnel by taking precautions to reduce the risk of spread of COVID-19.”

Unlike Alberta, B.C. hasn’t hired additional recruits to manage fires, but it has changed training programs to reduce the spread of the virus. Previously recruits worked and trained together but are now being split up between regional detachments and trained there.

"I know there's some concern out there around whether we'll be able to respond and we're doing everything we can to make sure that we can respond," explained Jody Lucius, fire information officer for B.C. Wildfire Service.

The province has put restrictions on all open burning, which prohibits fires larger than an average campfire. 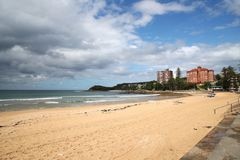 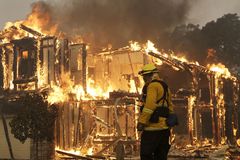 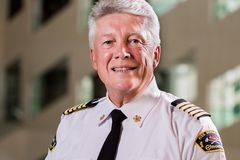