A review panel has reserved its decision on what privileges it may allow a man found not criminally responsible for killing five young people at a Calgary house party while suffering schizophrenic delusions.

A Crown prosecutor and mental-health officials have agreed with a proposal to ease Matthew de Grood back into society.

The psychiatrist in charge of Mr. de Grood’s medical treatment said the man’s risk of reoffending is low.

But Dr. Santoch Rai also told the Alberta Review Board that if Mr. de Grood were to commit another offence, it would be severe.

A judge in 2016 found Mr. de Grood not criminally responsible for the killings because he was suffering from schizophrenia at the time.

A trial heard that the 22-year-old believed that the devil was talking to him and that a war was about to begin, signalling the end of the world, when he arrived at the Calgary party, which was being held to mark the end of the school year.

The review board decided last year that Mr. de Grood, with his mental condition in remission, could be transferred from a secure psychiatric hospital in Calgary to Alberta Hospital in Edmonton.

Dr. Rai told five board members on Tuesday that Mr. de Grood knows he needs to take his medication. The psychiatrist suggested that his patient should be allowed to have unsupervised trips to supervised places in Edmonton, as well as be eased into living in a group home.

Under the proposal, Mr. de Grood would eventually be allowed to travel within Alberta for up to a week, with prior permission. The proposed plan would take place over the coming year.

Mr. de Grood was asked by a panel member what his feelings were about the plan.

“I believe in following the recommendations of the team. It’s a gradual step by step where I’m constantly proving I can handle stress. I’m always taking my meds and staying away from drugs and alcohol,” Mr. de Grood said.

“I agree with the progression.”

Dr. Rai said Mr. de Grood would like to be able to visit his parents, who now have a residence in Edmonton so they can be closer to him.

In a series of emotional victim-impact statements, some parents of his victims told the review board that their suffering continues. It was the fourth time the families have been asked to give victim statements.

“I know I look older,” Lorencio Hong said. “I feel older. I am a different man altogether.”

Patty Segura told the panel that she’s scared to open the window in her son’s old bedroom for fear of losing what remains of his scent.

Others said they feel no one’s being held responsible, as Mr. de Grood’s treatment is aimed at an eventual release.

That possibility is hard to stomach, Gregg Perras said.

He added that the families want to try to change that part of the law.

“We’re going to try to get absolute discharge off the table,” he said. “This whole process is broken.” 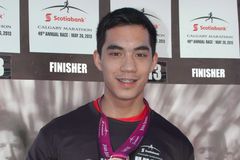 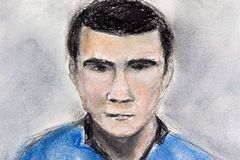 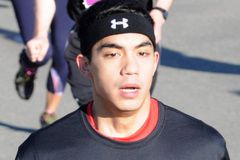