The federal government’s recent announcement of a large-scale rent-relief program seemed to offer what restaurants had been asking for, but many are discovering that the program may not be enough – and in some cases may not help at all.

The rent-relief program, which includes federal and provincial support, can cover 75 per cent of a business’s monthly rent, but it requires the landlord to participate. It’s been met with mixed reactions within the industry.

Celebrated Vancouver restaurateur and chef Andrea Carlson has been operating Burdock & Co on Main Street for almost seven years. She says she had been eager for the relief details, but was brought back to a grim reality when she discovered what they were.

“We were extremely disappointed to learn that it is the landlords’ choice to participate in the program. As far as we have experienced and heard from other small businesses, landlords are opting to not participate, keeping the full burden of rent on the tenants who are closed due to COVID-19,” she said.

Ms. Carlson said that, at best, the program may help restaurateurs keep heir heads above water.

“I doubt the restaurants, as we know it now, will return,” she said. “[Burdock & Co] is a small restaurant that is highly adaptable and we will continue to try new models as the situation evolves.”

A day before the federal announcement, Restaurants Canada projected that half of all restaurants would likely not reopen after the pandemic with the current government assistance available.

The relief program did not come soon enough for many businesses, as several local eateries have closed their doors permanently, including, in Vancouver, Commercial Drive institution Federico’s Supper Club, Royal Dinette and Storm Crow Tavern. In Calgary, Oak Tree Tavern, Oak Tree Lounge and Midtown Kitchen & Bar announced their closings in the past week. Rumours swirl of others announcing permanent closing in the coming weeks.

Victor Choy is the co-owner of Alberta’s largest independent hospitality company, Concorde Group. With 20 concepts in the Calgary area and plans for new ventures in the city as well as Banff, his company has been affected in a variety of ways and its growth has been paused indefinitely.

Mr. Choy is in the unusual position of being both a building owner– and thus, a commercial landlord – as well as having restaurants in lease agreements with other landlords and capital tied up in the construction of in-progress concepts. He explains that as a building owner, he is still waiting for more details on the program.

On the restaurateur side, especially for those who have not opted for a takeout or delivery model during physical-distancing restrictions, paying one-quarter of the rent is still significant when bank accounts are running dry. Mr. Choy stresses that restaurants remain in a compromised position despite the relief program.

“This still puts all restaurant owners into deficit every month that they are closed, and in the case of new ventures under construction, not even open yet,” he said. “We’re working daily on the things we can control and can’t really predict much beyond that in terms of timelines. Everything is day-by-day at this point until we see what happens.”

Winnipeg chef and restaurateur Scott Bagshaw (Passero, Enoteca, Maque) says landlords need to consider the long term. “Landlords need to ask themselves if it’s worth losing a good-standing renter in their space who maybe still can’t afford that remaining 25 per cent. If you don’t, you lose a good tenant and then you risk going bankrupt yourself if you can’t replace them.”

Mr. Bagshaw says that without the mix of relief offered – including the wage subsidy and Canadian Emergency Business Account $40,000 loan – most independent restaurants would not have been able to make it past the three-month mark with the current restrictions in place.

“As a country and especially to our neighbours down south, I think Canada has handled this incredibly. [The relief] might not have come as quickly as people wanted, but everything is so day-by-day right now. Considering how much the information changes and how reactionary [governments] had to be, I think they did a great job,” Mr. Bagshaw said.

Earlier this week, Manitoba said it would allow restaurants with patios to offer sit-down service for up to 10 patrons as of May 4. On Thursday, Alberta suggested that restaurants could reopen with half capacity as early as May 14, although the exact date is not set.

Mr. Bagshaw speculates that once physical-distancing regulations are loosened, and things are permitted to go back to “normal”, people will be crowding together as though nothing had happened.

“I have a bit more of a pessimistic view of human nature and how we operate. We’re pretty goldfish-like when it comes to this kind of thing,” he said. “We’re creatures of habit.”

Opinion
Food Coalition aims to feed the disadvantaged while saving restaurants and the food-supply chain
April 27, 2020 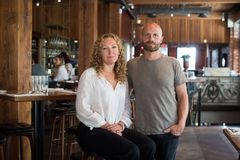 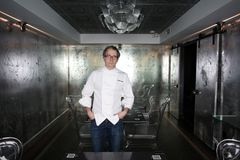 As restaurants close and demand for groceries surges, food distributors shift their focus to retailers
April 8, 2020 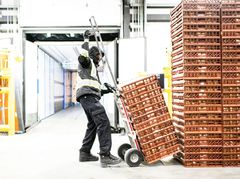