Shutting down a broad range of Alberta’s environmental monitoring over pandemic fears wasn’t necessary, says the head of a group responsible for such work.

Most monitoring could have been done safely, says Jay White, president of the licence-granting Alberta Society of Professional Biologists.

“We’re trained to deal with dangerous, toxic biological hazards in our day-to-day work,” Mr. White said Monday. “The virus is no different.”

Alberta’s own chief scientist says he wasn’t consulted before the government temporarily shut down much land, air and water-monitoring requirements in the oil and gas industry in what it said was an attempt to keep workers and communities safe from COVID-19.

“Nothing came to me,” Fred Wrona said. “The process at the [Alberta Energy Regulator], that was done by their organization. I didn’t see any of that. I think being more inclusive … certainly including my office, would have been useful.”

Government spokespeople have said it has been too risky to move people into and out of the field, find places for them to stay and keep them and their contacts safe.

Mr. White, who said he was speaking as head of his consulting company and not on behalf of the professional society and its 2,000 members, said ways could have been found if the people who do the work had been asked.

“Take two trucks instead of one. We’re out in the field. We’re widely spread apart. If we’re within that two-metre zone, we wear a mask. We make sure we’ve got hand-sanitizer kits in all the vehicles.”

It should have been up to the people who actually do the work to decide how safe it is, he said.

“Most if not all of our work could be done with PPE protective controls. If there can’t be … controls, then you don’t do the work. But that would be left up to us.”

“I didn’t believe that the types of things that were being discussed in the short term would have a significant implication for us looking at long-term changes in environmental status and trends,” he said. “I felt that we were still okay with our data integrity. That, of course, depends on how long the suspensions occur.”

Mr. Wrona said it’s normal for long-term data sets to include changes and adjustments to how information is collected. Much monitoring still goes on, he said, but he advises more consultation in the future.

“We should … maybe be out of the gate a little more pro-actively in terms of communication and discussions,” he said. “Get input from the various organizations and communities.”

The Environment and Energy ministries, as well as the regulator, have been widely criticized over the suspensions.

Three First Nations have requested a regulatory appeal of the decision, saying their treaty rights were violated because they weren’t consulted. Three other Indigenous groups, as well as several environmental groups, have asked the federal government to force Alberta to resume the work.

Alberta Environment has said the suspensions could be lifted as soon as Aug. 15, if two ministerial orders are allowed to expire.

Mr. White said the suspensions are damaging private sector biologists such as himself and his colleagues, whom Albertans rely on to ensure industry lives up to its environmental promises.

For many companies, the suspensions have cost anywhere from half to all of their business, Mr. White said.

“Most of us … have seen impacts. Folks have decreased staff. There are people laid off or on indefinite leave.”

“We have already lost expertise.” 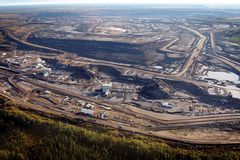 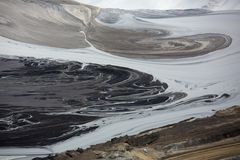