Seamus O’Regan flew to Calgary just two days after being sworn into his new role in the federal cabinet and, according to his office, will be back again as early as next week.

“He heard, he listened and I believe he really understands where Albertans are coming from,” Sonya Savage, the Alberta minister, said.

Mr. O’Regan spent Friday meeting with industry leaders in a bid to build relationships in a province that roundly rejected his party in October’s election, and where the provincial government has routinely sparred with Ottawa over all things energy, from the carbon tax to the Trans Mountain pipeline expansion.

Getting those bills changed or withdrawn was a top discussion point during the meeting, Ms. Savage said, adding she saw some positive signs of movement.

“What we’ve heard is that, for the first time, the [federal] government acknowledges Alberta has concerns that there are problems with those pieces of legislation, because we were not hearing that back in June when they passed,” Ms. Savage said.

“In the months ahead we’ll have to see if there’s action."

The two ministers also talked about the Canadian National Railway strike, which on Friday entered its fourth day.

The Alberta government took less than 12 hours after the strike began to demand the federal government step in and enact back-to-work legislation, which it argues is damaging the province’s oil sector and causing economic harm.

Ms. Savage said resolving the labour action was the No. 1 topic of concern for her federal counterpart. It’s also top of mind for her, with up to 170,000 barrels of oil that would usually leave Alberta on CN trains now headed into storage.

Gary Mar, president and CEO of the Petroleum Services Association of Canada, said Friday that Mr. O’Regan’s trip to Calgary 72 hours after being sworn in was a positive sign for the industry.

“I think it sends a very strong signal there might be some co-operation on issues that can help the energy sector in Canada really get back on its feet,” he said.

In a post-meeting statement, Mr. O’Regan said he came to his Alberta meetings with the goal of listening and understanding the challenges faced by the industry. The two governments share a “common goal” of sustainably developing Canada’s natural resources, he added.

“Ultimately, these conversations and the work that lies ahead are about people, about jobs, and about making sure all Canadians – including Albertans in our energy sector – have every opportunity to succeed,” he said.

For Ms. Savage, the next steps will include “stability and predictability” from federal government, and a commitment that it fully supports the industry.

“I heard that from the minister, that he supports oil and gas. He comes form an oil and gas producing province so I’m confident he understands and has heard. We need to see that same commitment coming from Justin Trudeau and the federal cabinet,” she said. 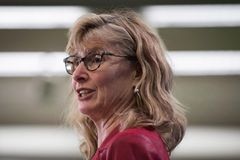 ‘Everything is getting worse’ for Canada’s energy sector as foreign investors flee
Subscriber content
August 22, 2019 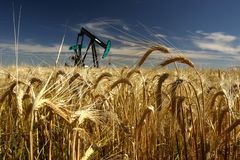