Ministers from six provinces asked the federal government last month to delay legislation that would apply the principles of the foremost international commitment on the rights of Indigenous peoples to Canadian laws, but were rebuffed by Justice Minister David Lametti.

Earlier this fall, the federal government sent a draft of the bill to the provinces, and held talks with provincial officials to get their input.

In a Nov. 27 letter obtained by The Globe and Mail, Indigenous relations ministers from Alberta, Manitoba, Saskatchewan, Quebec, Ontario and New Brunswick called for the delay of the bill to give them more time for discussion on the impact of the bill among provinces, territories and Indigenous partners.

The bill proposes to affirm that the terms of the United Nations Declaration on the Rights of Indigenous Peoples (UNDRIP) apply to federal laws, meaning they could be used to interpret existing laws and develop new legislation. It would not transform the declaration itself into law.

“The federal approach has not allowed us enough time for informed discussions, nor to engage with our industry stakeholders and Indigenous communities on this issue,” the ministers wrote.

“We need more time to talk, not less. To ask for our input with a mere six weeks for engagement – a handful of meetings for provinces and territories and one ministers-only meeting – is wholly inadequate. We want a meaningful opportunity for real dialogue.”

The letter from provincial ministers said the COVID-19 pandemic and the short timeline impeded their ability to arrange discussions with Indigenous leaders about the effect of the new legislation.

It also said the federal approach to the consultations “threatens to harm our relationships with Indigenous communities and partners since there is no chance to have real dialogue and understand each other.

“This would be true in ordinary circumstances; in the context of a pandemic, the federal government’s approach is irresponsible,” the letter states.

In November, 2019, British Columbia became the first province to pass its own UNDRIP legislation.

Despite the objections of the six provinces, the federal government on Thursday tabled its legislation, which the Trudeau Liberals see as a priority.

Mr. Lametti wrote to the ministers on Wednesday thanking them for their “frank dialogue,” but explained Ottawa would move ahead with the bill.

“I am sure you will agree that it is critical to make tangible progress on the reconciliation journey with Indigenous peoples,” the letter said.

The Justice Minister also pointed to the throne speeches in December, 2019, and September, 2020, in which the government indicated it was committed to introducing legislation to implement the UN declaration before the end of 2020.

He also said the government’s work built on the private member’s bill of former New Democrat MP Romeo Saganash, which passed in the House of Commons and made it to third reading in the Senate before it died when the 2019 election was called.

The declaration, adopted by the United Nations in 2007, was fully endorsed by Canada at the intergovernmental organization in 2016, Mr. Lametti added, saying the federal legislation is “simply a continuation of that endorsement.

“It is past time for Canada to take action on its implementation.”

In Ottawa on Friday, Prime Minister Justin Trudeau said the bill is a “momentous step forward on the path of reconciliation” and that his government is committed to seeing it reach the finish line within its mandate.

Ontario’s Indigenous Affairs Minister, Greg Rickford, said in a statement that he was disappointed Ottawa went ahead with the legislation over the province’s objections. He said the bill has “sweeping implications” that need to be fully understood before it is put into law.

In response to the provincial concerns, Assembly of First Nations National Chief Perry Bellegarde said discussion is required to help alleviate fears about the bill.

“We need to sit down and talk with them as well to show they have obligations as provincial governments,” he said. “These are fundamental human rights that can’t be negotiated.” 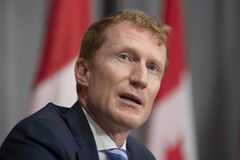 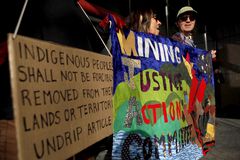 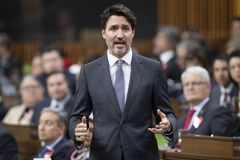 Follow Kristy Kirkup and James Keller on Twitter @kkirkup @byjameskeller
Report an error Editorial code of conduct
Due to technical reasons, we have temporarily removed commenting from our articles. We hope to have this fixed soon. Thank you for your patience. If you are looking to give feedback on our new site, please send it along to feedback@globeandmail.com. If you want to write a letter to the editor, please forward to letters@globeandmail.com.
Comments