Nicole Brownlee
WINNIPEG
Published May 30, 2021 Updated May 30, 2021
Comments
Text Size
Please log in to listen to this story. Also available in French and Mandarin. Log In Create Free Account

People who use drugs on the Prairies face inconsistent access to supervised consumption services even as fatal overdoses increase throughout the region.

Saskatchewan’s only supervised consumption site, which opened last year in Saskatoon, is operating without government funding or support, while Manitoba does not have any such services. In Alberta, the United Conservative Party government has been critical of harm-reduction services and is reviewing the province’s existing sites after ordering a report that criticized them as a blight on their neighbourhoods.

Experts say the situation has left people who use drugs with inequitable access to potentially lifesaving services.

“People who use drugs in some regions are not able to access the same degree and quality of health care as they are in others, which is, you know, not really consistent with the spirit of the Canada Health Act and the idea that all Canadians are deserving of health care,” said Elaine Hyshka, assistant professor at the University of Alberta.

Supervised consumption sites, which require federal approval, allow people to use drugs under the supervision of staff who can intervene in the event of an overdose. These facilities can also connect vulnerable people with community resources and reduce the spread of blood-borne infections such as HIV by providing clean needles and other supplies.

When governments approach supervised consumption and other harm-reduction services through a political lens focused on public support, it can have negative effects on people who use substances, Prof. Hyshka said.

“It sends the message that they’re not deserving of care and … that it’s appropriate to stigmatize people who use substances or have addictions.”

In 2020, 372 people died from a drug-related death in Manitoba, which is about a 200-per-cent increase compared with 2019, says a report by the Office of the Chief Medical Examiner. About 68 per cent of these deaths involved at least one opioid, including fentanyl.

Manitoba is the only province on the Prairies without a supervised consumption site.

“In comparison to the rest of the country, we are way behind,” said Shohan Illsley, executive director of the Manitoba Harm Reduction Network.

Winnipeg City Council recently approved a motion to conduct a study on the feasibility of establishing and operating a low-barrier supervised drug consumption site in the city.

The provincial government looked at harm reduction as part of a review of addictions and mental-health services several years ago. The province hired Virgo Planning and Evaluation Consultants to review Manitoba’s health care system with a focus on the province’s mental-health and addictions services.

The final version of the Virgo report said increased access to harm-reduction supplies, supervised consumption and access to addiction services were the most valued service by the 101 people surveyed at provincial harm-reduction sites. A previous version of the report recommended a supervised injection site in Winnipeg, but the government said that version was a draft, and the recommendation was removed in the final report.

When presented with a separate report on the benefits of supervised consumption services, prepared by Sunshine House in 2019, Premier Brian Pallister tossed the report to the ground.

The following year, the federal, provincial and municipal governments created the Illicit Drug Task Force to address the rise in methamphetamine and other drug use in the city.

The task force’s final report mirrored some of the recommendations in the Virgo report, but did not recommend supervised consumption services and instead included several recommendations focused on the role of police to tackle the drug problem.

“That is like the opposite of harm reduction,” she said.

The provincial government declined to make someone available for an interview, but spokesman Brant Batters said in a statement that Manitoba is working toward enhancing access to addictions medication, addictions psychiatric consultation services and several other initiatives suggested in the 2018 Virgo report. Mr. Batters did not comment on Winnipeg’s recent decision to study the idea of supervised consumption services.

Saskatoon’s Prairie Harm Reduction opened the province’s first supervised consumption site in October of last year after the province denied its funding request for $1.3-million to expand the site’s hours. Executive director Jason Mercredi said the province has denied them funding for the past two budget cycles. The organization has received about $300,000 from the Ministry of Health, for case management and naloxone trainers, and about $595,000 from the Ministry of Social Services for a program that works toward keeping mothers with their children.

After the provincial government rejected the funding request, businesses and private donors joined to raise more than $180,000 for Prairie Harm Reduction in April.

“We didn’t put out a call or anything, it’s just the community kind of rallied,” Mr. Mercredi said.

He said 62 businesses contributed and some are planning additional campaigns to keep the site open.

With the community’s funding, Prairie Harm Reduction’s supervised consumption site will be able to expand its hours in July.

Saskatoon and Regina accounted for 67 per cent of the province’s fatal drug overdoses in 2020, says a report from the Saskatchewan Coroners Service. In 2019, 67 people died from an overdose in Saskatoon and 114 died in Regina. Between January and May this year, there have been eight overdose deaths in Saskatoon and 22 in Regina.

Prairie Harm Reduction also sells merchandise designed by Joi T. Arcand, a Cree artist from Muskeg Lake Cree Nation, with half of the profits from those sales going to the Newo-Yotina Friendship Centre to open an overdose prevention site.

“We need some leadership on this issue from government,” Mr. Mercredi said. “It shouldn’t be up to us selling T-shirts to stop people from dying.”

Saskatchewan NDP mental-health and addictions critic Doyle Vermette said the government is failing to support initiatives that can save people’s lives.

“That’s pretty sad when you have an organization that has to fundraise $180,000 … but the province can’t find $1.3-million in their billions of dollars,” Mr. Vermette said.

The Saskatchewan government declined an interview request. Jennifer Graham, spokeswoman for the Ministry of Health, said in a statement that the province is investing $458-million for mental-health and addictions services in its 2021-22 budget, including $750,000 for three new mobile harm-reduction buses across the province.

Albertans have by far the most access to supervised consumption services on the Prairies, but a change in government in 2019 has reduced the focus on harm reduction.

The United Conservative Party won that election on a platform that included reviewing the impact that supervised consumption sites have on neighbouring residents and businesses. The government ordered a stop to new sites shortly after taking office.

The province then launched a review of those sites. A report released in March, 2020, concluded that supervised consumption sites increase crime and disorder in neighbourhoods. The findings has since been widely criticized by public-health experts.

The government announced last week that Calgary’s only supervised consumption site, located inside the Sheldon M. Chumir Health Centre, would be shut down and replaced by two new sites at different locations.

A facility in Lethbridge operated by the group ARCHES closed in August after the province alleged the organization had financial irregularities. To replace those services, Alberta Health Services opened a mobile site in the city’s downtown.

Harm-reduction advocates have pointed out the mobile site is much smaller than the former ARCHES facility. Soon after it launched, the government said the mobile site was seeing 34 people a day, down from 60 a day at ARCHES before it closed. ARCHES had previously said it was getting an average of 663 visits a day before it was forced to reduce its capacity owing to the pandemic.

The Boyle Street Community Services site in Edmonton also stopped operating in October. Justin Marshall, press secretary for the associate minister of mental health and addictions, said there are potential plans to operate an overdose prevention service in an “underserviced area of Edmonton” with Boyle Street.

“There’s very little support for harm reduction from this government,” said Rebecca Haines-Saah, assistant professor in the department of community health sciences at the University of Calgary.

“The solutions that we require are public-health and harm-reduction interventions.”

In 2020, 1,316 people died from overdosing in Alberta, which is an almost 61-per-cent increase compared with 2019, the Alberta substance use surveillance system says. Most of these deaths happened in Calgary, Edmonton, Red Deer and Lethbridge.

“We very quickly realized that there was really no plan to do any sort of adequate replacement of services following the closure of ARCHES,” said LOPS board member Tim Slaney. “We decided that we had to do something.”

Mr. Slaney was issued 17 tickets for allegedly going against city bylaws by holding activities on city property without a permit. The courts dismissed the tickets on April 9.

“Nothing we were doing at the park was illegal,” Mr. Slaney said. He said overdose prevention sites are given exemptions from the Controlled Drugs and Substances Act, which allow them to legally supervise substance use.

The group hopes to operate another overdose prevention site at a commercial property in a few months.

“It’s really difficult to stay hopeful in the face of the amount of silence and indifference we’re seeing in Alberta toward this,” Mr. Slaney said. 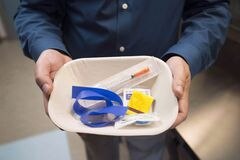 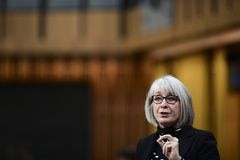 Could Quebec’s successful battle against the opioid epidemic be turning?
May 19, 2021 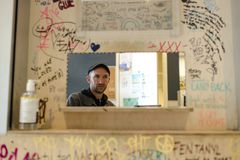