Alberta’s panel studying the social and economic effects tied to supervised drug consumption sites believes the facilities largely result in an increase in crime and disorder in their neighbourhoods, and that the number of reported overdose reversals is exaggerated.

Geri Bemister-Williams, the committee’s vice-chair, said the panel found instances when staff at supervised consumption sites took action, such as administering oxygen to a person using illicit drugs, and incorrectly counted such cases as reversed overdoses. Outside experts reject this interpretation.

On Thursday, the panel released its report, which also revealed that costs per user at Lethbridge’s facility exceeded those at other facilities by a factor of five. Alberta is now investigating allegations of financial impropriety at that location.

The Alberta government is reconsidering the province’s seven harm-reduction facilities and froze funding for new sites last spring. It convened the panel to review how consumption sites affected businesses, crime and social order.

The committee said statistics measuring overdose reversals are skewed because definitions are not standardized.

“In many cases, ‘adverse events’ (even if non-life threatening or minor) are reported as overdoses, and the term ‘reversal’ is used even when the response was a simple administration of oxygen,” the report said. “This leaves the public with an inference that without these sites thousands of people would fatally overdose or no longer be alive. Comparatively rare cases resulted in the use of naloxone.”

Asked whether cases where oxygen is administered should not count as reversed overdoses, Ms. Bemister-Williams said: “That’s correct.“ Pressed on whether staff responses, including administering oxygen, at the consumption sites were lifesaving, she said: “In a lot of cases, it was not."

Experts reject this position. Oxygen is the first line of treatment for overdoses, according to Mark Tyndall, a doctor and professor at the University of British Columbia’s School of Population and Public Health. “A lot of people may not require naloxone if they get oxygen and airway support.”

Indeed, he said, it is better if staff intervene with oxygen when a drug user is drifting off, rather than waiting until they are unconscious and need naloxone. “It says that they are being managed better, more professionally. We don’t want to use naloxone unless we have to.”

With respect to crime, the panel noted that calls for police service increased around every site, save for those in Edmonton. Rod Knecht, the committee’s chair, said Edmonton’s statistics may be thanks to its four supervised consumption sites, but said that the numbers may also be down because citizens do not have faith in police.

“Community members were saying there was community apathy, that they weren’t calling the police any more," Mr. Knecht said “There was actually police-officer apathy – that they felt it was very difficult to enforce the laws around those areas.”

Edmonton Police Service, in a statement, dismissed this analysis. “Our observations and data indicate that these facilities, collectively, have not increased crime or disorder in the surrounding community," said Carolin Maran, a spokeswoman for EPS.

The report, in at least one instance relative to Calgary, cited information out of context to support the idea that communities near consumption sites are in tatters.

“Overall, perceptions of the neighbourhood, known as the Beltline, have shown a steep decline recently,” the report said. It quoted a local magazine’s annual livability rankings for Calgary’s neighbourhoods, where the Beltline fell to 32nd place in 2019 from first place in 2018 and second place in 2017. The report links to Avenue Calgary magazine’s explanation, which has nothing to do with the supervised consumption site, crime, debris, or disorderly behaviour.

Operators worry about Kenney shutting down some supervised drug-use sites in Alberta in wake of report
January 26, 2020 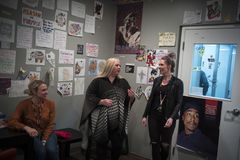 How misuse of benzodiazepines, a common class of anti-anxiety medication, can lead to dependency
February 16, 2020 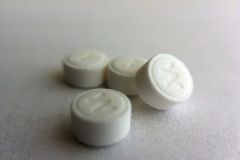 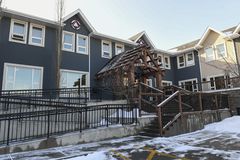