Jessica Venne stopped at a red light in Edmonton on Friday night and noticed a young man dressed all in black on the sidewalk. A moment later, the hood of her Ford Escape was ablaze.

The young man, a jerry can in hand, had already allegedly set a dozen cars on fire. When confronted by another man, the young man stepped off the sidewalk and there was Ms. Venne’s SUV. He doused the hood and flicked his lighter.

“I was instantly afraid the car would explode,” said Ms. Venne in an interview. Two thoughts flashed through her mind: “Do I need to get out of my car right now? Or can I get going fast enough to blow this fire out?” Her instincts led her to choose the latter. She sped around the corner and the flames were extinguished.

The young man, meanwhile, sauntered across the street. He tossed the empty jerry can into the air, raised his arms aloft and dropped his backpack. He adjusted his hair under his ball cap and walked toward a Starbucks. The young man started to run when a man in a red shirt pursued him. Inside the Starbucks, the pursuer – dubbed Hawaiian Shirt Guy by viewers of a four-minute video posted on Reddit – grabbed the young man from behind by both shoulders, threw him down and pinned him on the floor. Police arrived two minutes later.

Late Sunday, Edmonton Police said 22-year-old Malice Sutton was charged with multiple offences: 11 for arson to property of others, with damage; three for arson to property, with disregard for human life; four charges of possession of incendiary material; and one of assault with a weapon. A total of 13 cars were damaged and nobody was injured.

The incidents took place around 8:40 p.m. on Friday in a busy area of bars and restaurants around Whyte Avenue.

Staff at the Spotlight Cabaret were preparing for the bar’s opening this month when commotion on the street drew them to the window of the second-floor establishment and they saw a young man with a jerry can.

Jeff Halaby, a co-owner of the cabaret, dashed down the stairs and, figuring he needed something in hand, grabbed a one-metre piece of baseboard from the recent renovations. He sought to block the young man’s progress. Mr. Halaby crossed the street and confronted the alleged arsonist.

“He threatened to throw gasoline at me – flicking his lighter,” said Mr. Halaby in an interview. Mr. Halaby said the young man demanded Mr. Halaby toss aside the baseboard. The young man then turned to Ms. Venne’s car.

“If you really think about it, I should have never went out,” Mr. Halaby said. “My instinct was: There are other people out there. If he makes it to Whyte Avenue, there’s going to be chaos.”

Mr. Halaby followed the young man to the Starbucks, but when he arrived inside the suspect had been grabbed.

“He needed zero help from me. He took that guy down in half a second," said Mr. Halaby of the man who contained the young man. "I don’t know if he was military or police or what. He stopped him cold.”

As this all happened, Ms. Venne had stopped her car and jumped out. She splashed the hood with a water bottle to make sure the fire was smothered. Ms. Venne ran into a tobacconist, where she knows the staff. She fell to her knees in shock, crying.

“I feel really grateful it wasn’t worse than it was. I’m glad my engine didn’t explode,” Ms. Venne said. “Whoever Hawaiian Shirt Guy is … who threw that guy on the ground, he’s my hero.” 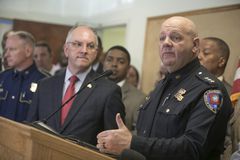 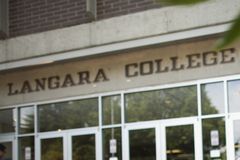