Alberta’s police watchdog has been called in to investigate a fatal shooting involving RCMP officers.

The Alberta Serious Incident Response Team (ASIRT) says Mounties from Killam in east-central Alberta tried to stop a vehicle on Sunday, but it rammed a marked RCMP vehicle twice before fleeing.

The release says police called off a pursuit but resumed the chase when the vehicle was spotted later, and RCMP say they eventually stopped the truck with a spike belt on Highway 13 near Hardisty.

RCMP say the vehicle went into a ditch, and when the driver emerged there was a confrontation and officers fired their service weapons.

The 32-year-old man was taken to a local hospital then flown by STARS air ambulance to Edmonton, but died Sunday night.

ASIRT says a replica handgun was recovered from the snow outside the driver’s door of the suspect vehicle.

No police officers were injured. 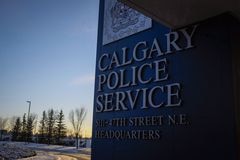 Plane and occupants safe after losing power and landing on Alberta field
December 26, 2019
Report an error
Due to technical reasons, we have temporarily removed commenting from our articles. We hope to have this fixed soon. Thank you for your patience. If you are looking to give feedback on our new site, please send it along to feedback@globeandmail.com. If you want to write a letter to the editor, please forward to letters@globeandmail.com.
Comments are closed