The University of Calgary will lead a national study examining concussions and head injuries in high-school athletes in a $12-million project financed by the National Football League.

The research effort, overseen by Calgary’s Dr. Carolyn Emery, will involve 6,000 high-school students from across Canada who compete in rugby, hockey, football, lacrosse, wrestling, soccer, basketball and cheerleading. Thirty-five researchers, including those from the U of C, will monitor students over a three-year period before producing its findings and recommendations.

It is part of the NFL’s US$100-million Play Smart, Play Safe initiative that was organized in 2016 to improve player safety and has since expanded to include all levels of football as well as other sports. The NFL announced on Tuesday that it was paying out US$35-million for neuroscience research to five North American institutions, with the U of C being the only one in Canada. (Calgary is co-ordinating its study with eight other Canadian universities stretching from the University of British Columbia to McGill and Laval in Quebec.)

“I think we’re going to have a huge impact in reducing the burden of concussions in youth sports,” said Dr. Emery, who first pitched her study plan to the NFL’s Scientific Advisory Board in September, 2017. “And I think we’re well-positioned to be a leader in this field internationally.”

Dr. Emery was celebrated for her work compiling and analyzing injuries in minor hockey over a five-year span. She conducted a comparison between peewee-aged kids in Quebec (11- and 12-year-olds) who played non-contact hockey and those in Alberta who played full-contact games. After it was learned Alberta peewees suffered three times as many injuries as their Quebec counterparts – a number higher than anticipated – Hockey Canada chose to ban body checking at the peewee level starting in the fall of 2013.

Four years later, Hockey Canada announced that the new rule had produced “a 50-per-cent relative reduction in injury rate and a 64-per-cent reduction in concussion rate in 11-year-old and 12-year-old hockey players in Alberta."

Dr. Emery said there are three targeted areas to her latest study, the first being a look at rule and policy changes.

The second area centres on equipment recommendations – proper-fitting helmets, mouth guards – while the third concerns training strategies, particularly when it comes to athletes who are new to a sport.

“In rugby we know a lot of players – particularly female players in high school – have often not been exposed to a contact sport before they engage in rugby in Grade 10,” Dr. Emery noted. “So we may be looking for things in terms of preparation for contact in games.”

Retired U.S. Army general Peter Chiarelli is chairman of the NFL’s Scientific Advisory Board and a supporter of what the league has done after settling a class-action suit that will pay US$1-billion to thousands of former players who said they were suffering from football-related concussion issues.

Earlier this week, the NHL agreed to a non-class settlement that would pay US$18.9-million to more than 300 retired players who accused the league of failing to warn them about the risks of head injuries.

Prior to Tuesday’s announcement, the NFL had funded a study based in London, England, that focused on head injuries and chronic traumatic encephalopathy (CTE) in jockeys. The research began in horse racing but was adjusted to include athletes in contact sports. It is not known how much funding the jockey study has received from the NFL.

Chiarelli says the issue of head trauma has focused largely on football when it’s very much a societal matter. “There are 3.5 million Americans who report to emergency rooms every year with head trauma. This is a public-health crisis.”

According to additional reports, youth account for more than half of the three million concussions that occur annually in North America. 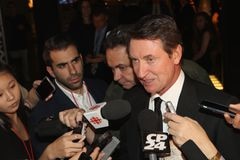 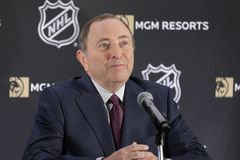 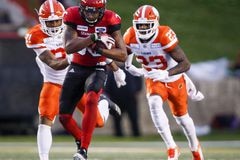