An employee with Alberta Children’s Services in Calgary has been put on administrative leave after a video circulated on social media of her shouting profanities at an Indigenous child-welfare advocate.

Cheryl Wozniak, a Métis woman and member of the advocacy group Preserving Families: The Fight Against Child and Family Services, recorded the video on June 8. The video shows the employee using profanities and saying she would “punch you” in the head. The employee also said that if “you don’t like children’s services” taking away children, “maybe you should treat them right.”

Alberta Children’s Services did not release the name of the employee but said an investigation into the incident at the Forest Lawn office is under way.

Experts in the field say the incident underscores issues of systemic racism and discrimination within the child-welfare system, where Indigenous children are overrepresented.

Ms. Wozniak, who has two adult children, said she felt the employee assumed that her children were with Children’s Services, not knowing that they are adults. She said she was in the area to assist a grandmother who wanted to reunite with her grandchildren. Ms. Wozniak said she had heard about the woman’s difficult experiences with the Forest Lawn office.

Ms. Wozniak said she was in the parking lot to “chalk” the area, a practice in which she writes messages on the pavement in front of children’s services offices to raise awareness on the rights parents and their children have.

Lynne Marshalsay, a founding member of the advocacy group, said in addition to the chalk tactic, they also print notes about the rights of parents and tape them on the windows of these offices. While most children’s services employees watch from a distance, this incident was unlike any other, Ms. Wozniak said.

When the employee started yelling at Ms. Wozniak, the latter recorded the interaction. Shortly thereafter, Ms. Wozniak said other employees called the police, took photographs of her and started recording the incident themselves.

In a statement, Nancy Bishay, communications director for Alberta Children’s Services, said the conduct in the video is “unacceptable.”

“The safety of clients and staff is of the utmost importance to us, and it’s our expectation that our staff conduct themselves with professionalism and respect,” she said.

Alberta NDP critic Rakhi Pancholi said she was “incredibly concerned” after seeing the video, especially considering these employees are expected to be working with families and children.

“This speaks to a large issue that has been going on for some time, and appears to be escalating,” she said.

In 2017, the then-NDP government launched a panel on child intervention, which led to 39 recommendations involving both immediate and long-term changes to the system. She said the current UCP government has not provided updates on those recommendations and she wants them to be transparent about what progress has been made thus far.

Mary Ellen Turpel-Lafond (Aki-Kwe), director of the Residential School History and Dialogue Centre and professor of law at the University of British Columbia, said she was “deeply disturbed” after watching the video. Ms. Turpel-Lafond, who is B.C.’s former child and youth advocate, also said the comments made point to a larger issue of systemic racism and discrimination within the child-welfare system in Canada, and it cannot be treated as an isolated incident.

“This is a continuation of the residential-school period,” she said. “[There are still] assumptions that Indigenous families are not skilled to take care of their children, or their cultures and languages are less valuable, or our practices are not appropriate.”

Ms. Turpel-Lafond said during her time working as a children’s representative in the child-welfare system, she noticed Indigenous families grappling with intergenerational trauma and said the system must be reworked to address their unique experiences, rather than stripping them of their children.

“Indigenous parents are frustrated. Nobody listens to them,” she said. “If there was good advocacy, good complaints and good systemic reform, we wouldn’t have abusive interactions.” 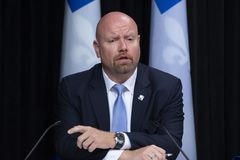 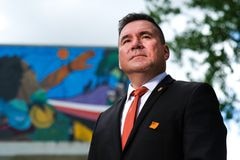 Family of Indigenous woman who says she was turned away from B.C. hospital want review made public
February 24, 2021
Follow us on Twitter @globeandmail Opens in a new window
Report an error Editorial code of conduct
Due to technical reasons, we have temporarily removed commenting from our articles. We hope to have this fixed soon. Thank you for your patience. If you are looking to give feedback on our new site, please send it along to feedback@globeandmail.com. If you want to write a letter to the editor, please forward to letters@globeandmail.com.
Comments