Carrie Tait and Jessica Leeder
CALGARY and CHARLOTTETOWN
Published May 20, 2019 Updated May 21, 2019

Christi Friesen woke up one morning last October to 15 centimetres of heavy, wet snow on her deck.

The farmer in Alberta’s Peace River Country was crushed. It was the second snowfall that harvest, and Ms. Friesen and her husband still needed to run their two John Deere combines over their remaining 404 hectares, about a third of their farm, to cover their bills.

“I remember sitting on the edge of my bed, crying and bawling my eyes out,” she recalled.

She put her head in her hands and felt sick to her stomach. Her anxiety escalated.

“That was the defining moment where I was, like: ‘My head’s not right.’ ”

Ms. Friesen did what few want or are able to do: She got help. She went to her family doctor and explained how she felt: Overwhelmed. With a sense of impending doom. Stressed-out. Her husband told her he hadn’t seen her smile in a long time.

Her doctor prescribed Ativan and told her that if it didn’t work she should come back before the follow-up appointment. He even gave her his outpatient schedule so she could come in without an appointment.

That makes Ms. Friesen, whose brother died by suicide, one of the few farmers across Canada who have overcome the stigma of mental illness and sought help.

A mental-health crisis is blanketing farms and ranches across the country, and even though experts say the rate of mental illness exceeds those in other professions, Canada does not have a cohesive plan to track or address it.

The agriculture and agri-food industry contributes roughly $110-billion annually to Canada’s GDP and accounts for one in eight jobs in the country, according to the federal government. Yet investments in keeping farmers healthy have lagged. Demand for mental-health programming exceeds supply – if it exists at all. Furthermore, it can be difficult to access because farmers often work unpredictable hours in relatively remote, rural regions.

This is compounded by the fact many are still unwilling to get help: About 40 per cent of Canadian agricultural producers say they would be uneasy seeking help for mental illness because of what others may think, according to research from the University of Guelph.

About 45 per cent of farmers across Canada have high stress, while 58 per cent meet the threshold for anxiety and 35 per cent meet the standard for depression, exceeding levels in the general population, according to research by Andria Jones-Bitton, a veterinarian, epidemiologist and professor at the Ontario Veterinary College at the University of Guelph. Her research is guiding a House of Commons committee developing policy recommendations for farmers and mental illness.

Farmers are also more vulnerable to burn out – high emotional exhaustion, high cynicism and low professional efficacy – than the general population, Dr. Jones-Bitton found. About 67 per cent of the farmers she surveyed scored lower than people outside the industry when it came to resilience, which reflects the ability to cope with stress and bounce back from lows.

“They might be able to get the job done, but it doesn’t mean they are thriving while they are doing it,” she said.

Mental-health support for struggling farmers varies across the country. On Prince Edward Island, for example, demand for a farmer-assistance program that offers free counselling to farmers and their families has been so high this year that the program’s annual budget was spent by mid-February.

A hard winter was made even harder by the fact the first frost appeared last September, said Robert Godfrey, executive director of the PEI Federation of Agriculture.

“That essentially finished the growing season for any crop that was still left in the ground – potatoes, corn, soybeans and a lot of horticultural crops,” he said. “People abandoned their crops. That’s depressing in and of itself.”

By the beginning of May, PEI’s program had seen as many clients in 2019 as it did the whole of last year, Mr. Godfrey said. Anticipating continued growth in demand for the anonymous counselling, he plans to ask the new provincial government to increase the program’s budget to at least $30,000, up from almost $20,000.

He is convinced the cause is worth it. He cited as an example a call he took one recent Friday evening from a producer desperate for help.

“He said, ‘Listen, this person I’ve got with me is … talking about suicide. They need to talk to somebody,' ” Mr. Godfrey recalled. He passed on the number for a counsellor.

“It was that same member, saying, ‘Thank you so much.’ ” His friend had “turned a corner.”

Online, the Twitter hashtag #DoMoreAg serves as a global gathering place for struggling farmers to reach out for support. Politicians, industry leaders and mental-health advocates credit farmers opening up on the platform for pushing this crisis and its severity into the spotlight.

Kim Keller, a Saskatchewan farmer, started the movement in June, 2017, when she tweeted: “#Ag we gotta do more.” Ms. Keller had received word of a farmer suicide the night before and urged her peers to stop laughing when farmers ask for help.

“We fail each other when it comes to mental health,” she wrote. She called on farmers and agriculture companies to step up.

Lesley Kelly and her husband were among those who responded. They posted a 25-minute video of themselves detailing their mental-health struggles. Ms. Kelly’s husband, Matt, followed up with a video explaining what happened when he called a stress line.

The overwhelming positive reaction to these posts helped the farmers realize that many of their peers were ready to speak up, but did not know where to start.

Ms. Keller and Ms. Kelly, along with others, founded the Do More Agriculture Foundation to fill the vacuum. Farm Credit Canada was an early sponsor, chipping in $50,000 to help educate community members on mental health. Do More Ag now has about 30 partners, including international companies such as Bayer and Syngenta.

Training community members in mental-health first aid is one of Do More Ag’s priorities and expected to be part of Ottawa’s eventual relief plan.

Mental-health first-aid courses explain what mental illness looks like, outline how folks can talk about it with someone who is struggling and how they can guide people toward professional help. Do More Ag funded 12 sessions in farming communities across Canada last year – but had to turn down about 100 others that applied.

Industry players are pitching in. Farm Credit Canada – a major lender in the industry – is training staff to spot signs of mental illness among farmer clients and provide thoughtful support and resources, said Michael Hoffort, the Crown corporation’s chief executive.

Advocates want others who are in regular contact with farmers – veterinarians and seed suppliers, for example – to follow suit.

Lloyd Longfield, an MP on the committee developing mental-health policy for farmers, is a proponent of this approach.

“Mental-health first aid is something that we think is key, period. But definitely key for people in more inaccessible areas that don’t interact with as many people as urban people do,” he said in an interview.

Back in Alberta, Ms. Friesen continues to speak about her mental-health struggles without hesitation. She believes others are coming around.

“There is some stigma, but it is getting better,” she said. “I’ve never had a fellow farmer tell me: ‘You’re just making that up. That’s not even real.’ ”

Her prescription for Ativan helped her regain balance after that snowy harvest in 2018.

“I am happy to report I don’t need it this spring,” she said while seeding.

For a list of mental health resources for farmers, please visit www.domore.ag/resources 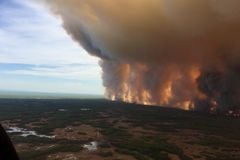 Follow Carrie Tait and Jessica Leeder on Twitter @CarrieTait @jessleeder
Report an error Editorial code of conduct
Due to technical reasons, we have temporarily removed commenting from our articles. We hope to have this fixed soon. Thank you for your patience. If you are looking to give feedback on our new site, please send it along to feedback@globeandmail.com. If you want to write a letter to the editor, please forward to letters@globeandmail.com.
Comments