Our visual team assigns hundreds of stories and photos each year, from breaking news and investigations to features and portraits.

To select the images for this package, we first canvassed our editors for the photos that meant the most to them – the ones that encapsulated a key moment or emotion from the tumultuous past year. With the list narrowed down to about 150, we began the work of trimming and adjusting the images into a tightly edited series that we felt represented the best and worst of 2020 – from protests over pipelines and a national reckoning on race and policing, to the tragic shooting in Portapique, N.S., and moments of resilience in the face of a deadly pandemic.

It's not a comprehensive account of every news event that happened during this strange, overwhelming, unprecedented (and thankfully almost over) year. But we hope it will act as a time capsule of sorts – something readers can come back to in the years to come as a marker of what we lived through together.

There was an eerie stillness pervading Toronto's downtown core. Instead of making a record of empty streets, I tried to capture the mood of a basically deserted city, the sense of unknowingness people felt. I chose to use panoramic cameras to try to instill the feeling of distance and emptiness everyone was experiencing. – Fred Lum

Reporting this story has been devastating. I was one of the first on scene, with a few other reporters, to confirm the shooter was deceased. Five days later, our phones started blaring with emergency alerts reporting yet another active gunman outside Halifax. I stood crying on the roadside with a colleague before deciding to go home to my scared wife and kids, and that's when I passed the farmhouse. This year has presented incredible hardship for us all, but nowhere has a community's core been so profoundly shaken. Like most rural communities, however, there remains great resilience and tenderness. – Darren Calabrese

In the wake of George Floyd's killing, it was incredible to see the words BLACK LIVES MATTER painted in bright yellow in front of the White House. When I received a tip that BLM Toronto would be painting the street in front of police headquarters, I wanted to document it. Activists, artists and other eager Torontonians stepped in to block traffic. A ring of people with linked arms protected artists armed with chalk and measuring tape, who began stencilling letters. Buckets of paint were handed out from an unmarked van, and rollers dripping in bright pink hit the street. As quickly as it had begun, it was over, and the words DEFUND THE POLICE were left in large pink letters that could be seen from the surrounding towers. – Solana Cain

Nurses gathered in a community centre change room, a soft morning light on their gowns. The usual sounds – the laughter of kids, the thud of basketballs – was missing. Like so much of the city, the coronavirus had transformed the space. As the hours passed, a stream of patients filed in, learning if they, too, had been infected by the virus. – Cole Burston 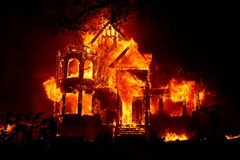