Quebec Premier Francois Legault says kids will be able to go door to door and collect candy this Halloween – as long as they trick or treat with members of their households.

Adults, however, are not permitted to celebrate Halloween in groups, Legault said, adding they’ll need to keep a two-metre distance when distributing candy to costumed youth.

Adult Halloween parties are banned, Legault told a news conference in Montreal. “This year Halloween is only for kids.” He said children will not be permitted to trick or treat with their friends but must stay with members of their households.

As Legault distributed good news for children, he had a warning for older people. Some of the restrictions imposed on the province’s biggest cities will “likely” be extended beyond Oct. 28, he said.

“My hope is that we’ll be able to see our friends and family at Christmas,” the premier told reporters. “It’s too early to say what form that might take but it won’t be large gatherings.”

Quebec’s largest cities, such as Montreal and Quebec City, have been under a 28-day partial lockdown since Oct. 1. Bars, museums and other venues are closed while indoor and outdoor gatherings are banned.

Health Minster Christian Dube told reporters at the news conference he was disappointed in the organizers of a bingo event south of Montreal where hundreds gathered on Sunday. More than 100 people came to play Monday before authorities shut it down.

That region is only scheduled to join Montreal and Quebec City in the highest pandemic alert level Friday, when bingo halls will be closed.

Dube said the organizers showed a lack of judgment.

“Bingo should not be the karaoke that we saw in Quebec City,” he said, referring to an event in August at a karaoke bar that was tied to more than 80 cases of COVID-19.

Earlier Thursday, health authorities reported 969 new cases of COVID-19 and eight deaths attributed to the novel coronavirus they said occurred in the past 24 hours.

Another 22 deaths newly linked to the virus occurred at earlier dates while two deaths previously attributed to COVID-19 were unrelated, health authorities said.

Hospitalizations rose by five compared with the prior day, for a total of 493, and 83 patients are in intensive care, a rise of three. The province has reported a total of 89,963 cases of COVID-19 and 6,005 deaths linked to the virus.

According to the latest government statistics, 32 public long-term care facilities and 56 private nursing homes have at least one resident infected with COVID-19. Three facilities – one long-term care home and two public seniors residences – are considered “critical,” meaning more than 25 per cent of residents are infected.

The government also says 1,711 students and 332 staff members at 821 elementary and high schools across the province are infected with COVID-19.

On Wednesday, the province’s public health institute published a report revealing 30 per cent of the COVID-19 infections during the first wave of the pandemic in Quebec involved health-care workers.

Between March 1 and June 14, health-care workers had an infection rate that was 10 times the rate of the wider public. Eleven workers died.

The study indicated 40 per cent of infected health care-workers who were in contact with patients with confirmed or suspected cases of COVID-19 didn’t always wear personal protective equipment.

More than 20 per cent of workers who developed COVID-19 worked at more than one facility, while 10 per cent worked at three or more, according to a survey of 5,074 workers who recovered from the disease. The movement of workers between facilities was blamed for spreading the disease to vulnerable populations in long-term care homes during the first wave.

Nearly half of the workers who contracted COVID-19 were employed in long-term care homes while 34 per cent worked in hospitals. Seventy per cent were orderlies, nurses or nursing assistants; only three per cent of health-care workers who got sick were doctors.

Coronavirus cases soar in Winnipeg as Manitoba struggles with one of Canada’s steepest curves
October 15, 2020 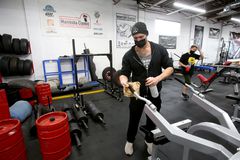 Why comprehensive contact tracing is key to battling COVID-19
October 15, 2020 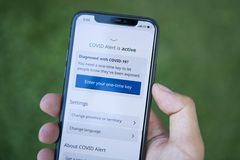