Chynna Deese, 24, had been travelling through British Columbia with her boyfriend, 23-year-old Australian Lucas Fowler. They were to weave their way through the province in a camper van Mr. Fowler had bought just for the occasion, hitting B.C.’s national parks before heading through the Yukon and into Alaska.

And on Wednesday, Chynna was to fly home to Charlotte, N.C., where her mother would pick her up from the airport.

“So I’m expecting her tomorrow,” Ms. Deese said Tuesday, letting out a sigh.

But on July 15, the couple was found dead of gunshot wounds near Liard Hot Springs, south of the B.C.-Yukon border. Their killings, along with that of Vancouver-based university lecturer Leonard Dyck, have triggered a national manhunt for suspects Bryer Schmegelsky, 18, and Kam McLeod, 19, now in its second week.

In Charlotte, Ms. Deese has spent the past two weeks in shock. She has kept the television off, trying to avoid seeing images of the suspects, and particularly the disturbing photos of Mr. Schmegelsky in a gas mask, and of his Nazi regalia.

“I’m just sick to my stomach, literally,” Ms. Deese said in an emotional interview. “I want them caught. I want them to have consequences … The story is about Chynna and Lucas, but so much of the focus is these boys, these evil, evil boys.”

When she cannot sleep, and that is often, Ms. Deese watches the surveillance video of the two taken from a Fort Nelson gas station on July 13, just more than a week into the trip. In it, Chynna, clad in a T-shirt, shorts and sandals, is seen squeegeeing the windows of the blue, beat up van while Lucas gasses up.

“I have watched that video 1,000 times, just literally – the first night it came out, over and over and over,” Ms. Deese said.

“My daughter would not be the one to just sit in the van and wait on Lucas to fill up. She’s out cleaning every window – the front, the driver’s side. And I’m watching how meticulous she was, as I watched it over and over.”

At one point in the video, Chynna hops up on a step and the two wrap their arms around each other.

“On that embrace, I could hear them going, ‘Let’s do this. Let’s go,’” Ms. Deese said. “It was such a plan. It was a route they had planned out. It was not spontaneous. They had saved money, he had fixed up the van with a camper in the back. That video, being the last thing, is a gift to me, of how happy they were.”

Ms. Deese described Chynna as a “beautiful soul” with a big heart. She volunteered at a camp for special needs families in Charlotte, she donated blood to the blood centre Ms. Deese works at. She had given away many of her clothes and vowed not to buy anything new until her birthday in January, saying material things just weren’t that important.

She had travelled to 13 countries, among them Egypt, Italy and Croatia, where she and Lucas met in a hostel. Ms. Deese said she sometimes grew nervous about these trips – such as when Chynna stayed on a farm in Portugal without internet access, or travelled by train solo – but that Canada “was never, ever a concern.”

On Saturday, a memorial was held for Chynna at a church in Charlotte. A family friend played the harp and the family sang You Are My Sunshine, a song that has had personal significance since Chynna’s grandmother won a small-town radio contest playing it on the guitar at the age of 16. 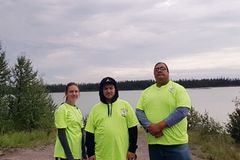 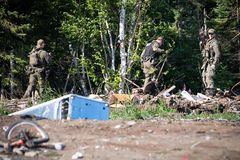 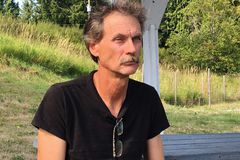