A long-standing complaint about the 1982 Charter of Rights and Freedoms has been that the courts, and not legislators, have become supreme. Some critics have argued that the public would regret this when Canadian medicare came under a constitutional challenge and fell.

But then it was challenged, and didn’t fall. The Globe and Mail’s justice writer, Sean Fine, breaks down a court ruling in British Columbia on Thursday that rejected a challenge from a private health clinic to the very basis of medicare.

What was the challenge to the universal public health care system?

B.C. law bans extra-billing by doctors and the use of private insurance for medically necessary care. Surgeon Brian Day’s Cambie Surgery Centre in Vancouver has gone against the law by offering necessary operations privately, not just to patients on workers' compensation, which is legal, but to regular patients. The centre argued in B.C. Supreme Court that the bans on extra-billing and private insurance violate Section 7 of the Charter of Rights and Freedoms – the right to life, liberty and security of the person (physical and mental security) – because some patients are made to wait unduly for care, and suffer pain and deterioration.

What previous Section 7 cases suggested Dr. Day could or should win the case?

In 2015, the Supreme Court of Canada unanimously struck down the criminalizing of medical assistance in dying under Section 7. In 2013, it unanimously struck down federal laws on prostitution using that same section. In 2011, it unanimously barred the federal government from closing Insite, a supervised injection clinic for illegal drug users in Vancouver, also based on Section 7. And in a 2005 Quebec case called Chaoulli, four of seven judges struck down a ban on private-insurance for medically necessary care under Quebec’s own rights charter. Three of the seven judges, including then-chief justice Beverley McLachlin, said they would have also struck it down under Section 7 of the Canadian Charter. (A fourth referred only to the Quebec Charter.)

What do critics say about the use of the Charter’s Section 7 in those rulings?

Bradley Miller, now an Ontario Court of Appeal judge, wrote when he was a law professor at Western University that in Section 7 cases, “the court remains entirely focused on the rights-holder,” such as sex-trade workers. The rights of the collective, or the broader public, are treated as secondary, he said. Thus, the federal government never has a fair chance “to articulate the reasoning behind much criminal legislation” in the court. (The medicare laws are not criminal legislation, but similar principles apply.) Indeed, Ms. McLachlin’s words in the prostitution case known as Bedford would appear to support this notion. She wrote: “A grossly disproportionate, over-broad, or arbitrary effect on one person is sufficient to establish a breach of s. 7."

What did Justice Steeves find in the Cambie case?

Justice Steeves found as a fact that patients aren’t dying from long waits, and therefore the right to life is not at stake. But some patients' right to security of the person was limited by the medicare laws, by exposing those individuals to pain and deterioration in waits that exceeded provincial guidelines. But, he said, that limit was in accordance with “fundamental justice” (part of the wording of Section 7), because it was not grossly disproportionate, over-broad or arbitrary. Why not? Because the government’s purpose is to make public health care sustainable. The laws' effects in suppressing a private, parallel system of care are related to its purpose.

So how does that square with the earlier rulings of the Supreme Court and what critics said would happen if the courts are consistent?

Joanna Baron, executive director of the Canadian Constitution Foundation, a private group that helped finance Dr. Day’s case, says it will be appealed all the way to the Supreme Court if necessary. “The Supreme Court is the final determinant of the meaning of the Charter in Canada. If the law is as they pronounced it [in previous cases], they should apply it consistently.”

Are those critics right?

John Whyte, a former deputy attorney-general of Saskatchewan and an expert in the Charter, was not involved in the case. “The Charter is written to invite into the judicial deliberation an assessment of the social value of legislation, and the social value of individual liberties and freedoms,” he said. The judge “seems to say we could look at the scheme [of medicare] in its general operation, without looking at what it might do at a particular time to a particular patient.” He wouldn’t say it was inconsistent with previous rulings, but said the ruling is a bit “slippery. It’s always dancing back and forth between the human right of the individual and … the reasonableness and net benefit of the system as a whole." He said the Supreme Court had declined to do just that in the 2005 case in Quebec known as Chaoulli. 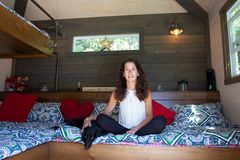