A Canadian astronaut will fly around the moon as early as 2023 in NASA’s first crewed mission back to Earth’s only natural satellite in half a century, a giant leap forward for this country’s lunar-exploring ambitions.

Canada’s seat in the historic mission is part of an agreement between the U.S. and Canadian space agencies. Canada has committed to supply a pair of robotic arms for the Lunar Gateway, a space station to be assembled in lunar orbit later this decade that is intended to operate without a human presence most of the time.

In exchange, a Canadian will join Artemis II, a NASA-led mission that is set to fling a capsule carrying four astronauts around the moon and back, although it will not touch down on the lunar surface. The flight will serve as a set up for Artemis III, the mission whose goal is to land people on the moon – including the first female lunar explorer. The world last witnessed people walking on the lunar surface in 1972.

The deal cements a prominent role for Canada early on in the international push to develop human spaceflight beyond the International Space Station, with the moon as focus for developing space resources and a stepping stone to Mars and other interplanetary destinations.

China sparks a new era of competition in space

“This will make Canada only the second country after the U.S., to have an astronaut in deep space,” said Navdeep Bains, federal Minister of Innovation, Science and Industry, who made the announcement on Wednesday during a virtual news briefing.

The agreement with NASA also includes a second lunar flight for a Canadian crew member, this one to the orbiting Gateway. It has not been decided which Canadians will get the nod to fly on the two lunar missions. Canada has four astronauts on active duty, all of whom were on the line as part of the virtual announcement.

Jeremy Hansen, who has been in Canada’s astronaut program since 2009, compared the Artemis II mission to Apollo 8, which became the first crewed spacecraft to leave Earth orbit and circle around the moon’s far side in December, 1968. During the flight, astronauts aboard the spacecraft snapped the famous “Earthrise” photograph, showing, for the first time, humanity’s blue and white home world above an ash grey lunar horizon.

“This is what excites me about this,” Mr. Hansen said. “When we return to the moon, our eyes will be fixed back on our planet and the challenges that face us here on Earth.”

Last week, the Canadian Space Agency awarded a $22.8-million federal contract to space technology company MDA of Brampton, Ont., to develop a robotic system for the Lunar Gateway. The system, dubbed Canadarm 3, is an advanced and more autonomous version of the robotic arms built for the space shuttles and the space station.

Chief executive officer Mike Greenley said the package that MDA is developing will include a large arm that will look similar to the station’s arm and assist with docking spacecraft among other tasks, and a smaller arm that will be used as a tool for maintenance and science experiments. Because radio signals will take 2½ seconds to get to the distant outpost, humans will not guide Canadarm in real time. It will employ artificial-intelligence-powered algorithms to move itself around as it accomplishes assignments ground controllers have set out for it.

“It will operate for days on its own,” Mr. Greenley said. “So we will give it instructions and commands to what it needs to do, kind of over the next week, and then it will go through that sequence.”

In another departure, Canadarm 3 will chiefly be operated from Canada rather than NASA’s Johnson Space Centre in Houston, Mr. Bains said.

Canada’s involvement in the Gateway was established early in 2019, when Prime Minister Justin Trudeau said the Canadian Space Agency would participate in the project, with robotics identified as a likely contribution. But until now, it was not clear Canadian astronauts would have an explicit role.

Sara Mazrouei, a science communicator and education developer at Ryerson University in Toronto, who earned her PhD studying lunar craters, said the prospect of a Canadian embarking on a lunar mission in the next few years can reignite student interest in space exploration and in technologies that didn’t exist when astronauts last ventured to the moon.

Watching the announcement that a Canadian would be part of the first lunar flight of her lifetime, Dr. Mazrouie said, “I did a little happy dance.”

“You know, you watch all these movies and hear all these stories about everyone being huddled around the TV to see the first humans land on the moon, and I’ve always wanted to experience something similar to that,” she said.

Gordon Osinski, a planetary scientist at Western University in London, Ont., said Canada’s involvement – both robotic and human – in the lunar program would benefit scientists eager to pursue questions related to the moon’s deep past and its potential resources.

“The [Lunar Gateway] is going to likely derisk getting to the surface of the moon for both robots and astronauts,” he said. “I think it’s all moving in the right direction.” 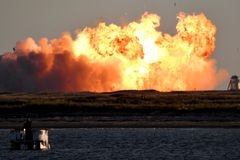 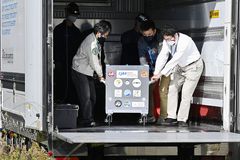 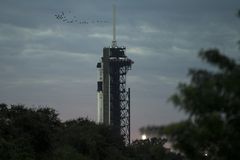