Tonya Francis stands on the edge of an inlet near the Northumberland Strait and flicks a small handful of tobacco into an opening in the ice. She can see the steam rising from the pulp mill across the water as she begins to pray for healing.

Ms. Francis, a member of Pictou Landing First Nation, fought for years to stop toxic wastewater from the Northern Pulp plant from being pumped into a tidal estuary next to her community. After decades of court battles, environmental studies and protests, people on the Nova Scotia reserve are hopeful they may one day be able trust their water and land again.

Last Friday, the big mill with its towering cluster of boilers, bleachers and chemical-digesting tanks stopped producing wood pulp for the first time since 1967, after missing a five-year deadline from the province to build a new wastewater treatment facility. And although it will take a few more months to fully wind down the mill and years to clean up the contamination, band members are quietly celebrating the end of the flow of brown, foamy, foul-smelling wastewater into the Boat Harbour lagoon.

Residents of Pictou Landing have blamed the effluent treatment facility in Boat Harbour for respiratory problems, unusual skin conditions and even elevated rates of cancer. They say they long ago stopped fishing, clam digging and hunting near it because of environmental concerns.

“I’m hopeful now,” said Ms. Francis, whose grandfather Louis Joe Francis was chief when the Boat Harbour treatment plant was first built. “As Miꞌkmaq, we used to have a connection to the land as hunters, gatherers and fishers. But a lot of our people have a disconnect to the land and water because they’ve been surrounded by pollution.” 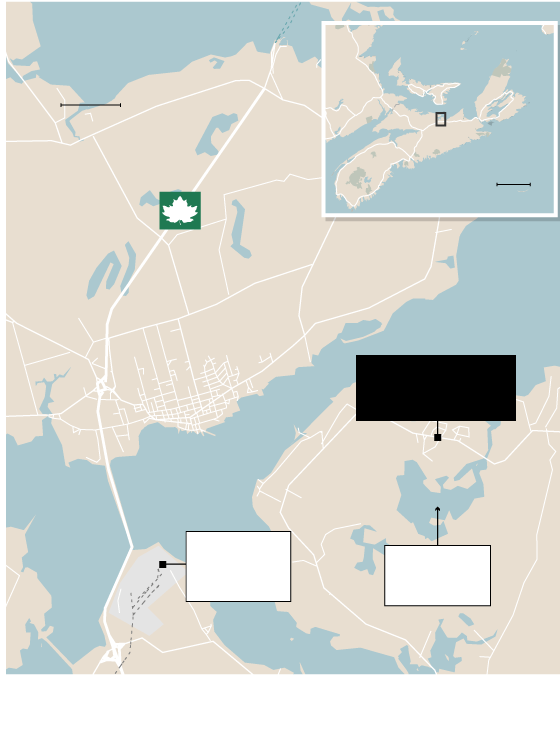 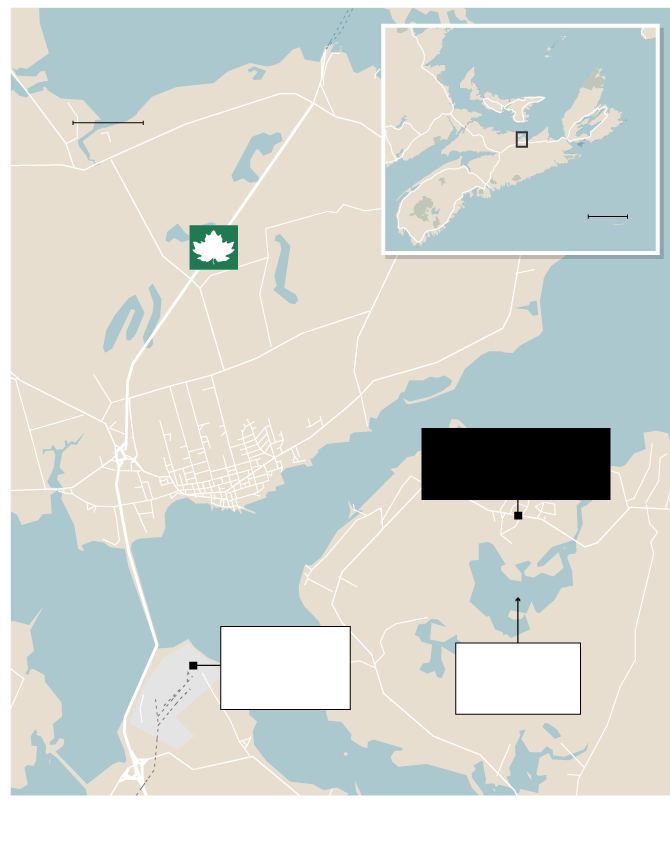 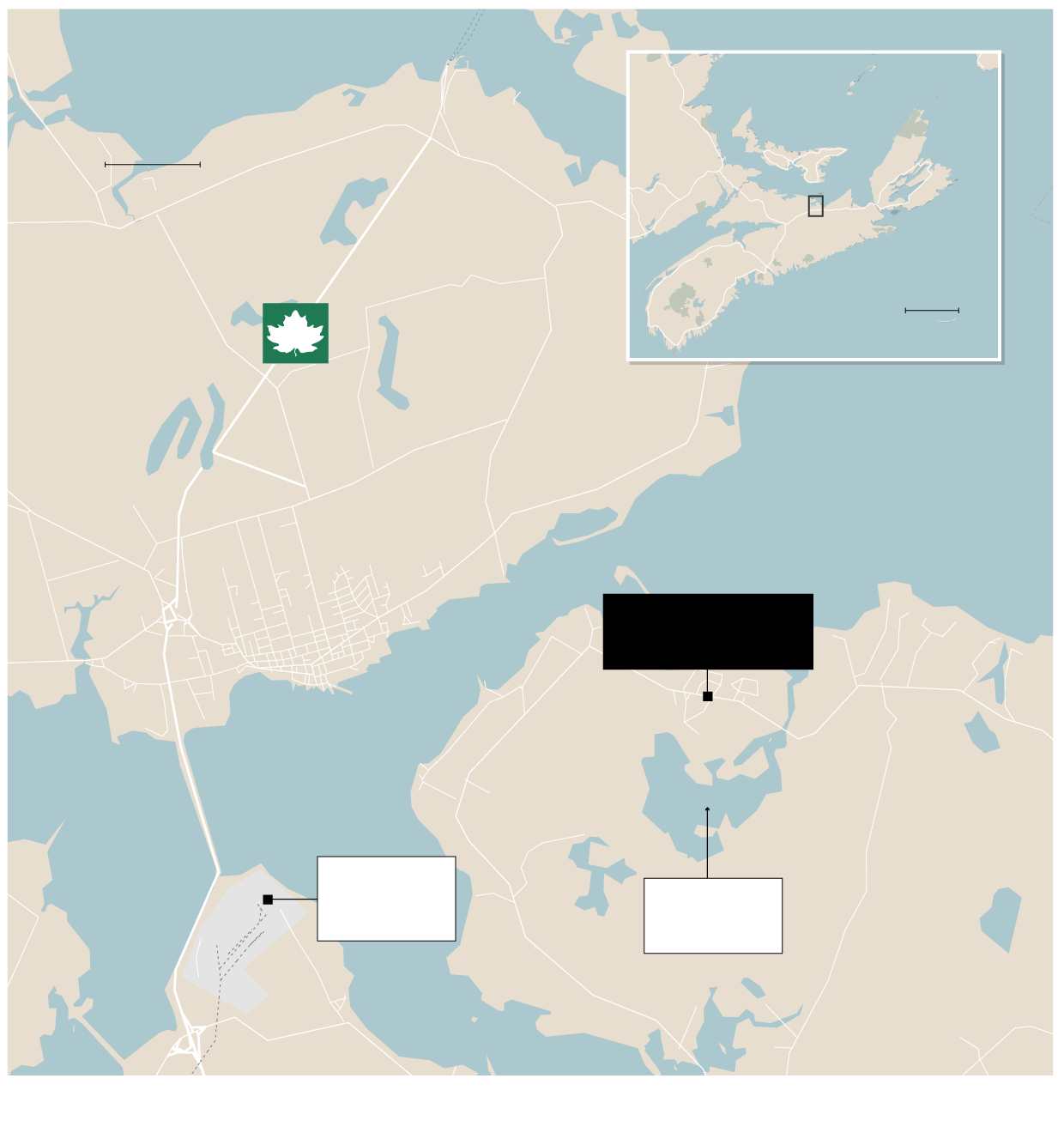 Pictou Landing First Nation, a community of about 485 scattered among dozens of bungalows on Nova Scotia’s picturesque north shore, originally consented to the treatment plant, but say they were misled on the environmental impact.

The mill wanted to use Boat Harbour as a place to discharge its wastewater because federal regulations prohibited pumping it directly into the Northumberland Strait. The province, keen to promote economic growth, built the original settling pond where up to 25 million gallons of toxic wastewater, a byproduct of the pulping process, was discharged every day, before eventually flowing into the strait – a decision many felt was rooted in racism. Ms. Francis said her grandfather soon regretted the decision to allow the treatment plant to be built next to his community. Pictou Landing First Nation was compensated $60,000 for lost fishing opportunities and use of the harbour, but wasn’t told the estuary would become contaminated with mercury, dioxins, chloride and other toxic heavy metals, she said.

Concerns about the now-outdated treatment facility’s ability to contain the volume of chemicals used in the pulp-making process were voiced almost as soon as it started. Local fishermen and conservationists joined together with Indigenous activists – opposition that galvanized in 2014, when a pipeline carrying effluent from the mill to Boat Harbour ruptured, spilling 47 million litres of toxic wastewater into a local wetland. The protest triggered by that spill pushed the provincial government, which owns the Boat Harbour treatment facility and leases it to the company, to finally act. It gave Northern Pulp until Jan. 31, 2020, to build a new, more effective wastewater treatment facility, at an estimated cost of $100-million.

The company, owned since 2008 by Indonesia’s Widjaja family, one of Asia’s richest business families with a net worth of more than US$10-billion, according to Forbes, said it had a plan for a replacement treatment facility, but wasn’t given enough time. It said it was forced to close Northern Pulp, the largest player in the province’s forestry sector, affecting as many as 2,700 forestry-related jobs and 350 mill workers.

The provincial and federal governments will now be footing the $217-million bill to clean up Boat Harbour, a process that will involve removing decades of contaminated sediment from the bottom of the sprawling 140-hectare wastewater lagoon. That project is to start in 2021 and is expected to take about four years.

Pictou Landing band members, meanwhile, are looking forward to a cleaner future – one that might even include drinking water from their own taps.

While there is no boil-water advisory in place on the reserve, many residents don’t trust that their water is safe to drink.

“Ever since I was a kid, I’ve never drank from the faucet,” said Zack Nicholas, a 34-year-old lobster fisherman. “We only drink bottled water here.”

His father, Will Nicholas, who worked at Northern Pulp for three years, recalls when it was safe to swim in Boat Harbour. That changed soon after the mill began dumping its waste there.

“When this first started, the older kids went swimming in it, and they all got sick," he said.

“I worked there, I’ve seen what goes down the drain. It gets into the soil."

Multiple studies by researchers at Dalhousie University in Halifax found that residents in Pictou County have higher rates of cancer and lung disease than the rest of the province, and have pointed to carcinogens released by the mill. But while it may be difficult to draw conclusive links, many here blame the treatment plant for a range of illnesses.

The plant closing, and the job losses that come with it, have also made the First Nation community the target of anger.

The band’s Chief Andrea Paul and others have received hate mail and threats, and the issue has driven a further wedge between the reserve and people in surrounding communities whose livelihoods were tied to the mill.

The negative backlash has been so intense many here don’t want to speak publicly about Boat Harbour any more. A ceremony intended to mark the end of the pollution was cancelled at the last minute, and the Chief has declined to give interviews.

Ms. Francis said anger over the mill’s closing has been misdirected at her people. Northern Pulp chose not to modernize to meet new environmental standards, and the company chose to close the plant, she said.

“Our community is feeling a lot of fear,” Ms. Francis said. “There’s some people who are losing their jobs, and there’s some anger and tension there. … But this was not our intention. We only wanted the effluent to finally stop flowing and clean up our water and land. We wanted this to stop.”

Terry Nicholas, who grew up on the reserve, said his asthma problems improved when he left and moved to Boston for three years. He hopes Boat Harbour can once again become a place where it’s safe for children to play.

“Some days the smell was so bad, you wouldn’t want to go outside,” he said. “We probably won’t be able to use it in our generation, but maybe our grandchildren will.”

When asked why she thought the pollution was allowed to continue for decades, despite a string of promises by a series of provincial governments to clean it up, Ms. Francis had a simple answer.

Premier Stephen McNeil said Northern Pulp had many years to build a modern treatment plant and reduce its impact on the environment. He also blamed previous governments for allowing the company to continue operating without addressing its wastewater problem.

There remains plenty of questions about money – some $85-million of it, in provincial government loans – given to Northern Pulp and one of its affiliated companies in recent years and what happens to that now that the plant is closing. While the company said more than a year ago it had repaid more than a third of that debt, tens of millions in public funds are still outstanding.

Nova Scotia’s Department of Business is hesitant to discuss details of those loans. It says they are commercially sensitive, but confirms “the company remains responsible to repay the loans it has with the province.”

It’s also unclear how much the early closing of the mill will cost Nova Scotia, which signed an indemnity agreement promising to cover Northern Pulp’s lost profits if it stopped providing an effluent treatment facility before 2030.

‘We want this to happen’: First Nation moves on own child welfare law
February 2, 2020
After a year of consultations, Indigenous community votes down proposed nuclear waste bunker near Lake Huron
February 1, 2020
Federal Court of Appeal set to release decision in Trans Mountain challenge on Tuesday
January 30, 2020