A Canadian-developed drug has shown dramatic outcomes in curtailing the damage wrought by strokes, this country’s third-leading cause of death.

The results of the Phase III clinical trial, published Thursday in the prestigious British medical journal The Lancet, show that the medication, Nerinetide, reduces the mortality rate of stroke to 11 per cent from 19 per cent, which represents a significant advance, potentially saving the lives of eight out of 100 patients.

Developed by NoNo Inc., a private Toronto-based company, Nerinetide has been more than two decades in the making. “This study represents a pivotal moment that offers patients an opportunity for better lives,” said Dr. Michael Tymianski, the neurosurgeon and researcher who developed the drug.

In Canada, someone has a stroke every nine minutes, taking an enormous emotional, physical and financial toll on patients and families. An ischemic stroke, the most common kind, is caused by a clot in the brain’s blood vessels. The devastation kills two million brain cells every 60 seconds.

For decades, the pharmaceutical industry unsuccessfully spent billions of dollars on trying to protect neurons from the effects of stroke with a class of medications called neuroprotectants, which ideally would preserve brain-cell function and structures while the neurons are denied the nutrients that blood delivers. More than 1,000 attempts have failed to reach market.

By focusing on a potentially destructive protein called PSD-95, however, Dr. Tymianski’s group believes that they have created a drug that promotes cellular survival.

Nerinetide blocks PSD-95, which in the event of a stroke initiates a cascade of biochemical events that lead to the production of nitric oxide (NO). NO is a free radical toxin that kills neurons while the blood supply is cut off. Isolate PSD-95 and you can curtail a protein that helps turn neurons into toxic pools. (Thus the company name, NoNo.)

Overseen by two doctors from Calgary’s Foothills Medical Centre, the two-year trial involved more than 1,000 patients and almost 50 stroke hospitals across the world. Nerinetide was given to patients along with endovascular treatment, a pivotal breakthrough in stroke medicine that emerged around five years ago.

Also called a thrombectomy, the procedure uses a catheter that’s inserted through the groin and guided through blood vessels into the brain. A tiny mesh device then seizes and removes the clot.

“The thrombectomy is enabling for this drug,” said neurologist Michael Hill, who led the study along with neuroradiologist Mayank Goyal. “If we had tested this drug five years ago without the thrombectomy, we would have had a negative result.”

The only stroke medication currently on the market, Alteplase, is a clot-buster for buildup in the brain or heart. Nicknamed Brain-O, the drug can only be used on one of eight ischemic stroke patients in Canada due to a long list of restrictions.

In one trial scenario, Nerinetide is given to patients along with Alteplase; in the other scenario, patients not eligible for Alteplase receive only Nerinetide. Thrombectomies were performed on patients from both groups.

The trial found that 19 per cent more patients who received Nerinetide along with a thrombectomy – but did not receive Alteplase – recovered from the stroke. “It’s the difference between paralysis and walking out of the hospital,” said Dr. Hill.

Dr. Hill said the study provides evidence that the drug preserves a neuron’s life and structure until the clot’s extraction. It also demonstrates how far stroke medicine has evolved. Before the thrombectomy was introduced, he said, about three of 10 patients with a major stroke would recover spontaneously enough that they could live independently, but seven out of 10 would be disabled or dead. With the advent of thrombectomy, five in 10 patients can get back to independent living.

With Nerinetide, that makes six patients. “When I started dealing with stroke, it was only two patients out of 10,” he said. “The evolution of what we’ve seen over the last 10 years is unbelievable. It’s visibly changing what it means to have a stroke.” 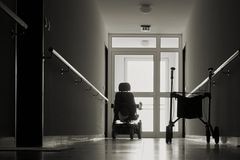 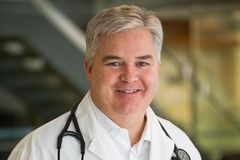 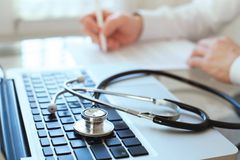