The accounting firm KPMG, which provided an opinion used by the government of Kathleen Wynne to justify a plan that would reduce electricity bills in Ontario at the expense of future consumers, demanded and received protection from legal liability as a condition of providing that opinion, a provincial report has revealed.

Introduced in 2017 by the Liberal government, the Fair Hydro Plan featured a complex financial and accounting structure that allowed the government to borrow billions of dollars to cut electricity bills without showing the cost of the reductions in the provincial budget. This accounting meant the government could claim to have balanced its books. Ontario’s Auditor-General deemed the strategy “bogus,” prompting a bitter showdown that dragged on for months. The government repeatedly cited KPMG’s opinion, which concluded the changes to accounting policies required to execute the Fair Hydro Plan were consistent with accounting standards, to justify its actions and play down the Auditor-General’s concerns.

The plan led to a political furor and accusations the government was trying to hide debt, and became an issue in last year’s provincial election, in which the Liberals were voted out of office.

KPMG’s legal indemnity was among the revelations in a report released last week by the Ontario legislature’s Select Committee on Financial Transparency, which reviewed the previous government’s accounting practices. The report also said the Auditor-General wasn’t alone in her objections. Officials involved in creating the Fair Hydro Plan told the Progressive Conservative-dominated committee last fall they thought it was a bad idea from the beginning.

Karen Hughes, associate deputy minister of the Treasury Board, said her staff wasn’t comfortable with the plan and didn’t recommend it. Steve Orsini, then secretary of cabinet and the government’s most senior public servant, said the entire public service neither recommended nor supported the Fair Hydro Plan. He pointed to a submission in March, 2017, to all cabinet ministers from public servants that warned the government the plan’s complexity would “increase risk and decrease transparency.”

Retired banking executive Ed Clark, an adviser to Ms. Wynne, testified that he told the premier it would be fairer to fund the rate reductions out of tax revenues. “I have very strong views about doing the right thing,” he said. “So it [the Fair Hydro Plan] doesn’t accord with those views, and she knew that.” (Mr. Clark said he did not participate in the plan’s creation.)

Former deputy energy minister Serge Imbrogno had previously described the Fair Hydro Plan as highly transparent. In the committee hearings, he said it reminded him of a “stranded debt” the province had recently repaid. Ontario had just removed a “debt retirement charge” that had been added to residential electricity bills years earlier to help reduce debt associated with Ontario Hydro, the former provincial utility that was broken up in 1999.

Similarly, the Fair Hydro Plan “just felt like you were pushing out costs to future ratepayers,” Mr. Imbrogno testified. “Normally,” he added, “you pay today for the costs of the service and not try and push it out.”

Some of the Fair Hydro Plan’s architects foresaw the political troubles it would bring. In confidential documents done for cabinet and provided to the committee, public servants noted that the Auditor-General hadn’t been consulted, and had expressed concerns about some of the accounting techniques the plan would employ.

Some feared the Fair Hydro Plan might prove illegal. Public servants asked former Supreme Court justice Ian Binnie to provide legal advice; he concluded that there was a “moderately high” risk that it might be deemed unconstitutional.

The committee’s report does not indicate which specific legal risks KPMG was concerned about. But it wasn’t alone in seeking legal protection.

The report says Ontario Power Generation, a Crown corporation responsible for power generation, demanded and obtained indemnities from future liabilities to capital markets and bondholders, and sought a waiver from the provincial government that it would not pursue any claims against OPG. (The corporation managed the Fair Hydro Trust, an entity that borrowed money in connection with the plan.) Directors, officers and employees at the Independent Electricity System Operator (IESO), which manages Ontario’s power system and asked for the opinion from KPMG, also sought personal indemnifications for a long list of hazards, including civil and criminal investigations and lawsuits arising from their own roles in the Fair Hydro Plan.

The committee’s report doesn’t specify the protections KPMG obtained from the provincial government, but said its indemnity was “similar” to those granted to IESO executives. KPMG’s team, composed of more than half a dozen of the firm’s partners, was led by Michel Picard. In an October, 2017, report, the Auditor-General said the government had spent more than $2-million on private-sector external advisers (including KPMG) in connection with the Fair Hydro Plan to date.

Chartered Professional Accountants of Canada, which represents the accounting profession, declined to answer questions about whether such indemnities are standard industry practice, and said those questions were best addressed to KPMG. The company declined to reveal which consultant sought the indemnity, why it needed such protection, or how often it makes such requests. In a statement, the IESO said KPMG made the request after learning the IESO intended to share the opinion with others. “It is not unusual for the firm to request an indemnity related to such disclosure,” it said.

Testifying before the committee, Mr. Imbrogno called the requests for indemnities “a very unique situation,” adding that it was “over and beyond anything that we would have done normally.”

Former energy minister Glenn Thibeault defended the decision to grant indemnifications. “I knew we had to help them prepare for if there were ever to be a change of government or if something were to happen,” he testified.

It fell to Ms. Wynne, the former premier, to explain why she proceeded in spite of the costs, risks and widespread concerns. She testified that previous governments underinvested in Ontario’s electrical infrastructure for 40 years. “It fell to us in 2003 to rebuild the system,” she told the committee. But the cost of that rebuilding – $70-billion, by Mr. Thibeault’s reckoning – fell on the people currently paying electricity bills. “We needed to find some solutions to mitigate the negative impacts of the investments that had been made and to lower electricity prices,” the former premier said.

The plan she came up with was to accumulate debt to subsidize rates – a strategy officials warned would likely push rates upward starting by the mid-2020s. Premier Doug Ford’s government has since dismantled most of the complex accounting and financial structure. But Ontario continues to subsidize electricity rates by raising debt.

While campaigning for the spring 2018 election, all three major parties promised even greater rate relief; Mr. Ford said he would drop electricity rates by an additional 12 per cent. Now in government, the Progressive Conservatives say they continue “to search for savings within the electricity system” to achieve that reduction. Meanwhile, returning to balanced books remains an elusive goal: The Financial Accountability Office projected in December that Ontario’s deficit will more than triple to $12.3-billion during this fiscal year.

What expenses can you deduct when moving from province to province?
September 20, 2018 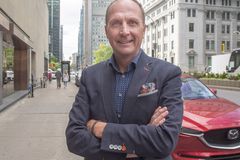