A feeling of isolation washes over Chúk Odenigbo when he walks into environment conferences. Upon entering a room of professionals, like anyone would, he looks around to see if there is anyone he recognizes. He also checks to see if anyone looks like him.

Mr. Odenigbo is often the only francophone and more often the only Black person in the room. Once, the medical geography PhD and master of environmental and occupational health and safety, was asked to get someone a coffee because he was mistaken for an intern.

“And I’m like ‘sir, I’m the speaker after you, are you sure you want to be asking me for coffee right now?’ ”

“I have stories for days,” he said in an interview with The Globe and Mail. Mr. Odenigbo was included in the Top 30 under 30 as recognized by the Alberta Council for Global Co-operation, and was previously an outdoors ambassador for Mountain Equipment Co-op.

Since the rise of Black Lives Matter this year, a wider call for change that includes fighting systemic racism in environmental spaces has started to emerge. The words of George Floyd – “I can’t breathe” – are being taken up by the environmental movement as another way to show how systemic racism affects Black, Indigenous and people of colour (BIPOC).

From police reform to climate

This movement is not separate from police violence either.

“I don’t want to take attention away from the Black Lives Matter movement,” said Giiwedinong Kisinaaikwe, an Indigenous environmental activist. “But I can say that police brutality and the idea of police reform is intrinsically linked to the climate-environmental movement.”

“A lot of times the fight for the environment comes down to a fight for Indigenous sovereignty, and a fight for traditional rights,” said Ms. Kisinaaikwe. “And then we have the government that disagrees and sends the RCMP to facilitate the building of a pipeline, so you can’t really have one movement without the other.”

And because many BIPOC communities focus their protests on basic human rights, the continuing fight to end police brutality becomes critical, activists say, since it may impede them from participating in other protests such as environmental action.

“It has a direct impact with taking people away from the movement because people don’t have the energy to fight for themselves and also fight for the climate later on,” Mr. Odenigbo said.

Other forms of class and struggle subtly exist in the environmental movement, says Richard Greggory Johnson III, department chair and professor of public administration at the University of San Francisco’s School of Management.

The fact that Greta Thunberg is better known than Canadian Indigenous activists who have done similar work, such as Autumn Peltier, is a point of privilege that Black and Indigenous youth don’t often have, he said.

“Because people are captivated by the movement itself, again it’s important. But they’re not understanding how the movement came to be and who brought it to the forefront.”

Though her voice is necessary, Mr. Odenigbo said, most people can’t afford to protest the way she does. “And so in looking at Greta as this magical symbol, it actually makes the environmental movement inaccessible for a lot of BIPOC people,” he said.

But discrimination also exists in the way that BIPOC are not visible in things such as advertisements of activities in outdoor spaces.

“We’ve branded nature, we need to unbrand nature,” said Mr. Odenigbo. “When we think of what an outdoorsy person looks like, we literally have an idea in mind.”

When a group of people are not included in a narrative, such as enjoying nature, it can cause them to feel as if they don’t belong. For decades, Mr. Johnson didn’t know anyone that looked similar to him, a Black man, who went hiking or camping.

The need for diversity

“For some people, climate activism is like a hobby, it’s something great to put on your résumé,” Ms. Kisinaaikwe said. “And that’s great that you care.”

“But for other people it’s not a choice to fight, it’s the only option because the courts won’t hear you, the government doesn’t listen and people in your community are dying.”

The communities most affected by environmental racism are not often the voices we hear in media.

“It’s why pipelines go through Indigenous land and not through middle-class white neighbourhoods,” she said.

In fact, Amnesty International Canada supported a call for protection from the national inquiry into missing and murdered Indigenous women. The inquiry found “substantial evidence of a serious problem” in a link between resource extraction and violence against Indigenous women, girls and LGBTQ and two-spirit people, The Globe and Mail reported in 2019.

Including more voices, especially of those most affected, will help shape the conversation to allow those experiences to influence it.

“Through our environmental education, it’s become far more clear that biodiversity is absolutely central to human survival,” said Kierstin Hatt, an associate professor of sociology at the University of Alberta. “We need social diversity as well.”

Dr. Johnson’s research centres on social equity within the fields of public policy, management, higher education and human-resources management. He thinks change needs to be a continuous effort and must be seen throughout each level of any organization.

“It has to be intentional,” Dr. Johnson said. “We can’t leave these things to chance at all.”

“The second you say a message is for everyone, you know it’s not for everyone,” he said. “You’re missing all these marginalized communities by having a message that’s ‘for everyone.’ ”

Viewing these problems as someone else’s is a big part of the dilemma too, according to Dr. Hatt. She says once we feel uncomfortable, that’s when we can start to make meaningful changes in policy.

“Black Lives Matter has offered a chance to look at our systems and what needs to change, we need to hear their voices,” she said.

It might be cliché, but Ms. Kisinaaikwe says her generation brings her hope.

“The solutions are outside of this system, so we need other people and other perspectives because it’s not enough to get to net zero.” 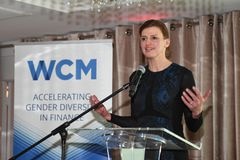 Opinion
Joe Biden will find some of Trump’s policies are worth keeping
Subscriber content
December 4, 2020 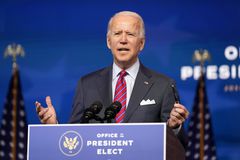 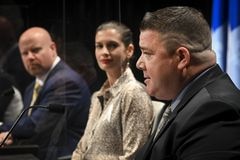