Women’s rights advocates in Atlantic Canada are calling on people across the country to join a brief general strike on Monday to demand a public inquiry into the deadly mass shootings that took place in Nova Scotia last April.

But Martha Paynter, founder of Women’s Wellness Within, a Halifax-based group that advocates for women’s reproductive justice, said that falls short of the transparent public inquiry that many people, including the victims’ families, are demanding.

“We need systemic and structural change to come from this, and a little review is just not going to cut it,” Ms. Paynter, one of the strike organizers, said in an interview.

The strike – which will last 22 minutes in honour of the 22 victims killed on April 18 and 19 – will begin at noon local time on Monday. Supporters of the public inquiry will be gathering at the city’s Victoria Park and people can also watch the event live on Facebook.

“This was a horror, an enormous trauma for the entire country, and we all should be truly enraged by the inadequate government response,” Ms. Paynter said.

The victims’ families, as well as women’s rights advocates, lawyers and federal senators from across Canada, have for months urged Halifax and Ottawa to launch a public probe into what happened during the shootings and why.

Many have criticized the review panel – made up of Mr. MacDonald, the former chief justice; former federal Liberal cabinet minister Anne McLellan; and Leanne Fitch, the former chief of police in Fredericton – because they say it does not have enough power and lacks transparency.

An online petition demanding a public inquiry had garnered more than 10,000 signatures as of Saturday afternoon, while a Facebook group for Nova Scotians in favour of a public probe had more than 9,000 members.

The federal and Nova Scotia governments have defended the format of the review, however, saying it was the best way to launch an investigation quickly.

Nova Scotia Premier Stephen McNeil also said Friday that the panelists can ask his government for assistance should they need it.

“I made it very clear if they are at a point where they need more power, and need more support to be able to get to those answers, come to our government and we’ll respond to them,” Mr. McNeil told reporters.

But Jenny Wright, another co-organizer of Monday’s strike, said a public inquiry is the best way to get to the bottom of what happened – and prevent future massacres.

“We must have an inquest that looks at the specific links between misogyny and violence against women and mass killings that we are seeing here at home and across Canada that we are not acknowledging,” Ms. Wright, a feminist activist who lives in both Halifax and St. John’s, said in an interview.

She said the gunman in Nova Scotia had a history of violence against women, which can be a predictor of mass killings.

She pointed to the Toronto van attack in April, 2018, and to the 14 female engineering students who were killed at Montreal’s Ecole Polytechnique in 1989 as other examples of massacres in which misogyny played a role.

“We need to have an inquiry so that people … can be compelled to speak the truth about that night so that we’re finally able to unpack what happened [and] have transparency and accountability,” Ms. Wright said. “In the end, we are hopeful that if our voices are strong enough, then the governments will overturn their decision.” 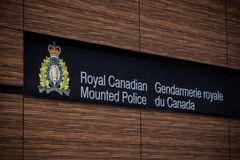