A number of studies have linked eating lots of leafy green vegetables to a lower risk of cognitive decline and dementia. Spinach, kale and other leafy greens contain certain vitamins and phytochemicals thought to contribute to neurological and cognitive health.

Yet, little is known about which specific chemicals in leafy greens are responsible for their brain benefits.

Now, a study published in the Jan. 29 online issue of the journal of Neurology suggests that certain plant compounds called flavonols – plentiful in leafy greens and also black and green tea – help keep you cognitively intact.

Flavonols are part of a large group of bioactive compounds known as flavonoids, found in vegetables, fruit and many other plant foods. Four different flavonols named isorhamnetin, kaempferol, myricetin and quercetin exist in foods.

For the study, a team from Rush University Medical Center in Chicago tracked 921 people, who had an average age of 81, for six years. All were free of Alzheimer’s disease at the study’s onset.

Participants filled out diet questionnaires each year to determine how often they ate certain foods. They were also asked how much time they spent being physically active and doing activities such as playing games and reading.

Study members underwent neurological tests every year to see if they had developed Alzheimer’s dementia. During the six-year period, 220 people were diagnosed with the disease.

People whose diets contained the most flavonols were 48 per cent less likely to develop Alzheimer’s disease compared to those whose diets had the least. This remained true after accounting for other factors that could affect the risk of Alzheimer’s, including genetic predisposition, physical activity, other dietary constituents, high blood pressure, diabetes and cardiovascular disease.

The researchers then analyzed the effect of each of the four individual flavonols. A high intake of isorhamnetin, kaempferol and myricetin, but not quercetin, was associated with a reduced risk of developing Alzheimer’s disease.

Flavonols have strong antioxidant and anti-inflammatory properties and, as such, are thought to protect brain cells from damage.

This observational study reports an association between a flavonol-rich diet and protection against Alzheimer’s disease. It can’t prove, though, that flavonols directly cause a reduction in risk.

Another limitation is that dietary intake was self-reported; participants may not accurately recall what they ate. Most of the participants were white and highly educated, so the results may not apply to other populations.

Still, the study’s design had strengths that add to the validity of the findings. These include annual neurologic tests, a long follow-up period (up to 12 years) and yearly assessment of major lifestyle and other factors associated with dementia.

The new findings revealed that higher intakes of three individual flavonols – kaempferol, myricetin and isorhamnetin – were each associated with significant protection from Alzheimer’s disease.

In the study, the top food contributors for kaempferol were kale, spinach, broccoli, beans and tea. Other food sources include watercress, arugula, blueberries and parsley.

For myricetin, kale, tea, oranges, tomatoes and wine supplied the most. You’ll also find this flavonol in blueberries, onions and parsley.

Pears, tomato sauce, olive oil and wine were the main contributors of isorhamnetin. Kale and red onions also provide some of the phytochemical.

A brain-friendly diet includes more than flavonol-packed foods. Evidence strongly suggests that your overall diet matters the most when it comes to Alzheimer’s prevention.

Observational studies have found that a pattern of eating healthy foods (leafy greens, other vegetables, berries, fish, beans and lentils, nuts, whole grains, olive oil) while, at the same, minimizing the intake of foods high in saturated fat and added sugar, is tied to a lower risk of Alzheimer’s disease.

Such a pattern of eating, appropriately called the MIND diet, is currently being tested in a three-year randomized controlled trial for its effects on cognitive decline and Alzheimer’s risk. The trial is expected to be completed in April, 2021. (MIND stands for Mediterranean-DASH Intervention for Neurodegenerative Delay.)

Five nutritious fruits you should add to your winter diet
Subscriber content
April 27, 2021 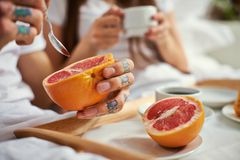 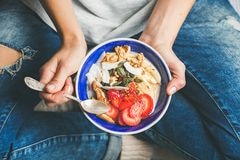 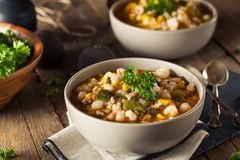